by erikrasmussen, on Flickr")Last weekend Nora got to see her second cousin, Chloe, again. Chloe is five months younger, and several kilos heavier, than Nora and has just begun walking. They were pretty cute together. Unlike Nora, Chloe is happy to be picked up by a relative stranger. I picked her up when I first saw her and she took an immediate liking to me after that, which is the exact opposite of what Nora would do.

I became a fan of Three Frames (sometimes NSFW) about a year ago. It's an idea I'd never have thought of, to take just three frames from a movie and make an animated gif. The result can be quite comical. One side-effect is that, if the camera was moving at all, the resulting gif takes on a 3D effect. While it was not my intention when I was snapping photos like crazy of Nora and Chloe, when I later got them in my computer and was flipping between them, I just had to make a three-framed animated gif of three of the shots.

Here are a few more photos of me trying to get kisses from both little girls. 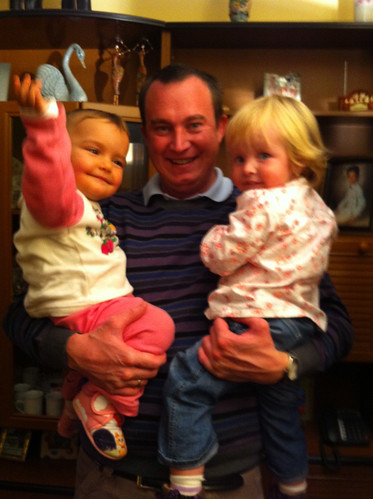 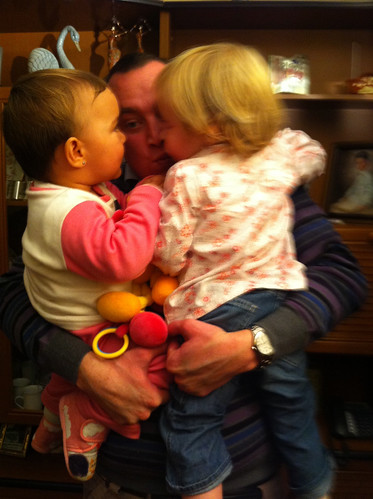 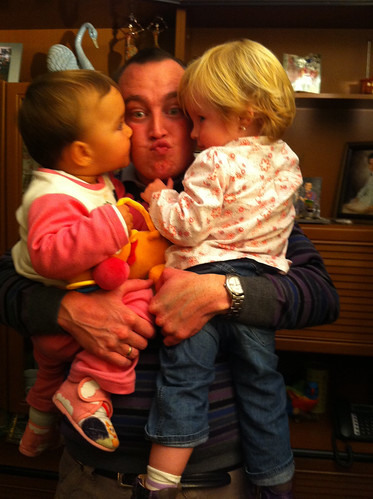