On Sunday we wanted to do something different. Both Marga and I spend all week long going for walks around Colindres with Nora, and we wanted to walk somewhere else. After discussing a few options and taking into account Nora's dislike of traveling in the car, we chose to go, for the first time, to the walkway along the river in Limpias, in the valley of the Asón River that we can see from our house. In fact, for a good portion of the walk, we could make out our apartment building on the horizon. It really is a shame that we have never walked along the river in Limpias, because it is really gorgeous...of course the cloudless blue sky helped. 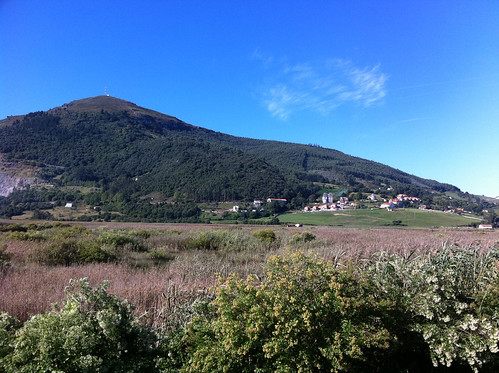 This mountain is called Pico Candiano. It overlooks Colindres and is the main landmark on the horizon from our house. We've been up to the top. See the big house that looks, from here, like two towers right under that square attempt at a cloud? I've always been curious about it, as I see it every day from my window, so I suggested we walk over there. Unfortunately, all that you see from here to the grass over there is river, so we had to walk way over to the left to cross a bridge. Keep reading!

There were quite a few pieces of heavy artillery lining the river, presumably to defend it from invading ships. But from what war? Spain didn't really participate in WWI or WWII, so I'm guessing it was from the Spanish Civil War. 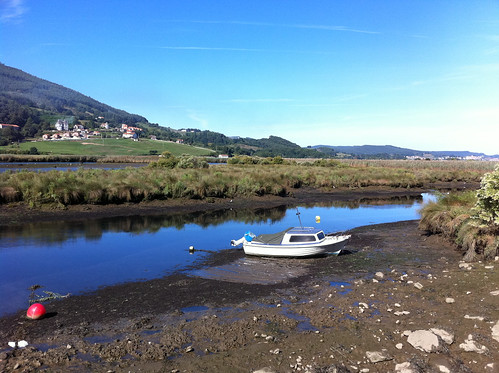 A boat in the river. Also you can see the house over there again. Someone that we are surprised would believe in ghosts ensures us that it is haunted. We must take a closer look! 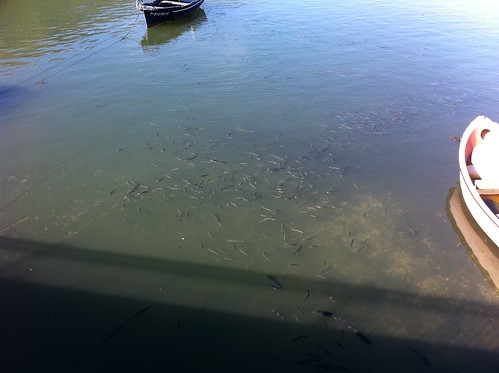 I have never seen as many fish as I did on Sunday, all swimming and presumably feeding near the surface of the river. There was also a black swan. More in the video later! 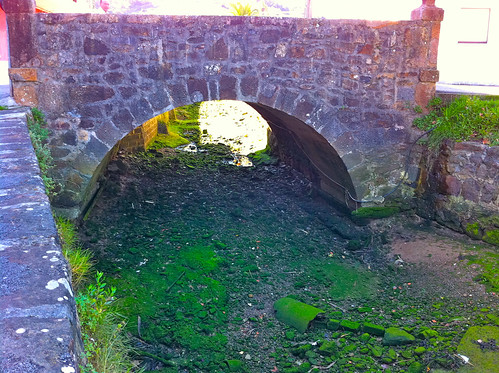 A bridge over some mossy debris. 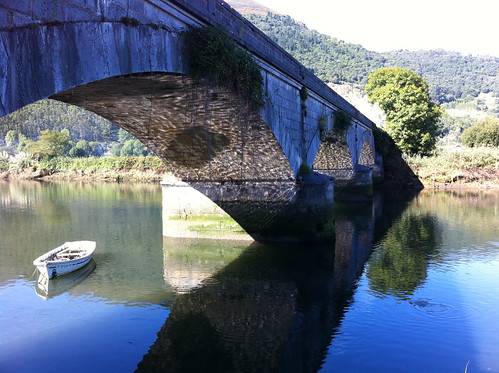 This is the bridge we finally used to cross the river. 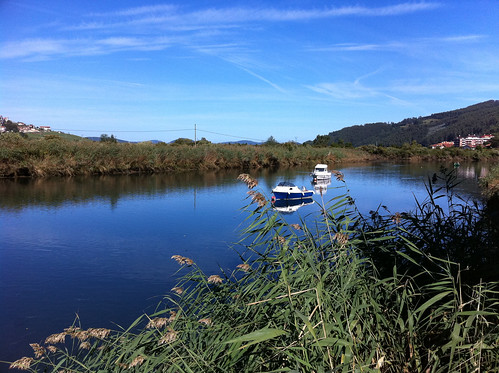 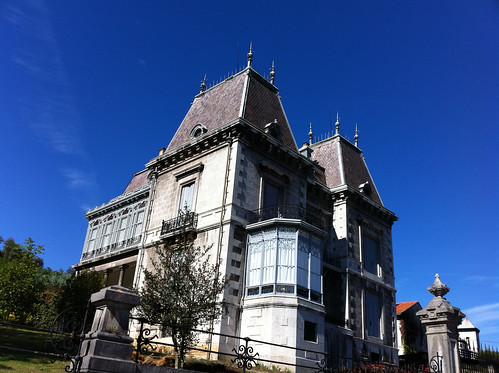 Tada! The supposedly haunted house. The yard and facade are very, very well maintained, although it doesn't look occupied (by the living!!!). What a waste. Judging from all the places I know it can be seen from, the views must be spectacular! 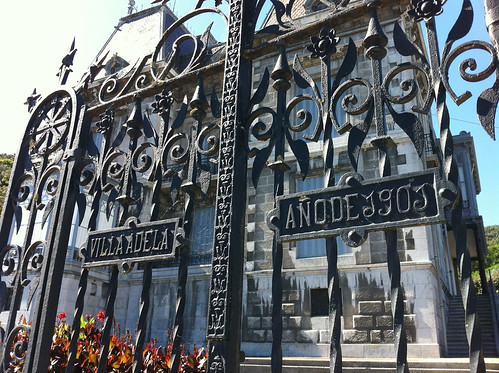 Apparently it's called Villa Adela, and was built in 1901. And best of all... 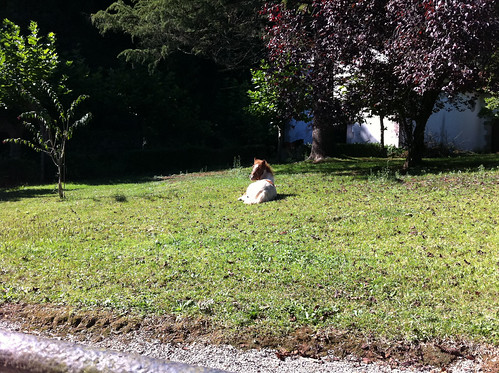 It has a pony!! He came up to the fence to let me pet him when we approached the house, but when we were leaving, and I had my camera and daughter ready to meet him, he had already established my carrotlessness and couldn't be bothered to get up. 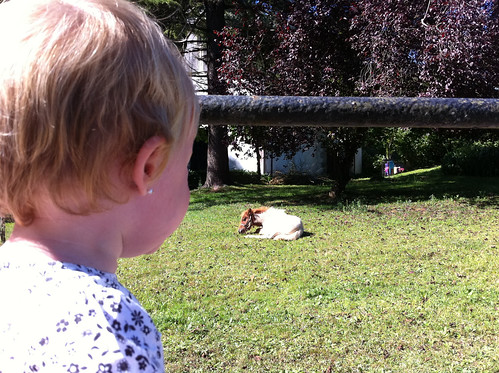 Despite Nora screaming "MONY!" at him. 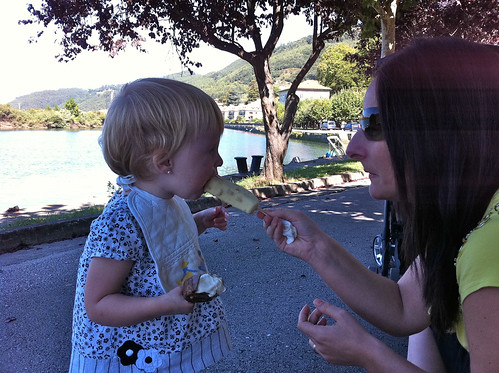 Back in the town of Limpias, we were surprised to find a supermarket open on a Sunday, so we bought a chicken and mushroom empanada (pie) which we ate with our bare hands, and two ice cream sticks, of which Nora consumed the majority.

The last scene in the movie was my view from lying on a picnic bench in a park area. How gloriously peaceful.