by erikrasmussen, on Flickr")Two new bars have opened up in town in the past year with the word Buddha in their name. One is an elaborately overdecorated tribute to British colonialism, with one section dedicated to Africa, complete with a life-sized plaster rhinoceros, and another section all about the Indian subcontinent. Despite the fact that it reeks of someone trying too hard to make their design point, I like it. Plus, they're the only place in town with Grimbergen on tap. The other is centered around the Buddhist religion, with statues and paintings of Buddha everywhere, with other art that verges towards Hinduism. They've really nailed the foreign feeling. It's tasteful, yet exotic.

However, I really must think that, to someone from a Buddhist culture, something about using their religion to spice up a Spanish bar must be at least a little offensive. Of course I don't know for certain. 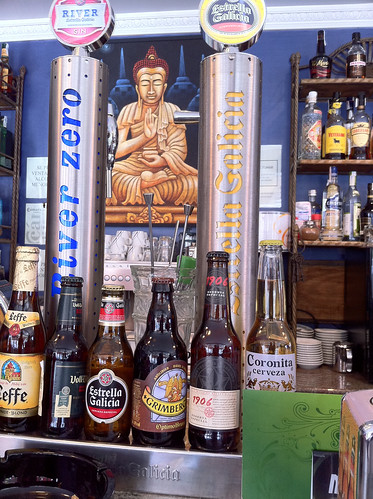 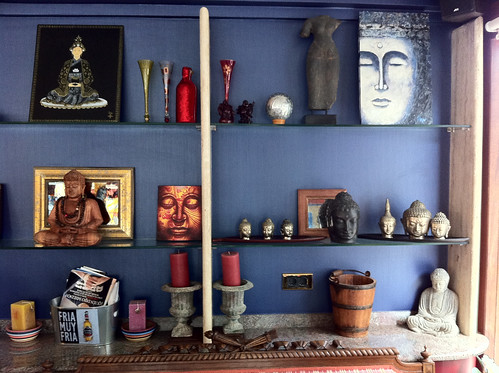 Do you think that somewhere in China or Japan, they have a bar or restaurant called "Jesus Christ" full of crucifixes, stained glass imagery of saints, and a little nativity scene on a shelf? Would that be offensive to a religious Westerner? Perhaps not.