by erikrasmussen, on Flickr")Those of you that know me will not be surprised, once I explain what it means, to learn that "¡Tienes mucho morro!" and "¡Tienes un morro que te lo pisas!" were two of the first native Spanish expressions I learned from my later-to-be wife. The word morro literally means "snout". So the two phrases above translate literally to "You have a lot of snout!" and "You have a snout [so big] that you step on it!" respectively, the latter being a hyperbolical form of the former. She was not actually suggesting that I needed a rhinoplasty. The closest expression in English that I can think to capture its meaning would be, "You've got a lot of nerve, buddy!" It's something to say to someone that is acting like they are entitled to something that they aren't, or are just being too prideful. It's what you'd say to a jerk that drives all the way to the end of a lane that is ending and then cuts in front of your car. Anyone that has ever fed farm animals can clearly understand why the Spanish would use the word "a lot of snout" for such an expression.

So anyway, this morning at my local butcher... 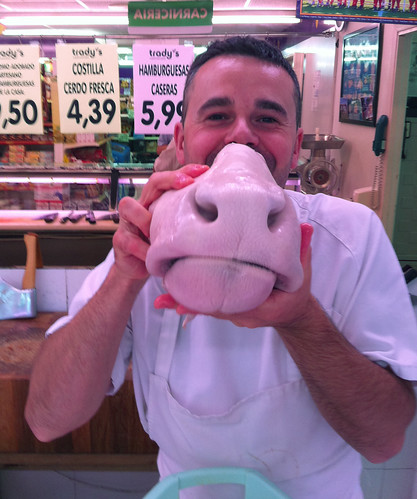 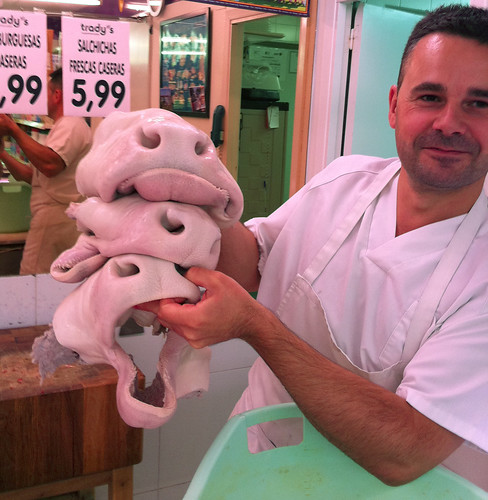 These are calf snouts. When the cartilage is removed and the remaining skin is chopped up and cooked with vegetables, they produce a very nice sauce, similar to tripe, which is eaten as a delicacy. Snout is very high in collagen, which gives the sauce a jelly-like quality.