by erikrasmussen, on Flickr")Today a neighbor of mine whispered some gossip in my ear about something he'd seen on another neighbor's balcony. I was surprised that I had not discovered this gossip on my own, since it's about the balcony that we have the best view of from our own and was the source of my most viewed photo on Flickr. Apparently, in the evenings, our young neighbor can be seen carefully spraying and lovingly caring for a plant on his balcony. I've heard that this guy had kind of a wild youth, so his parents must be very proud that he's working so hard on his gardening project. 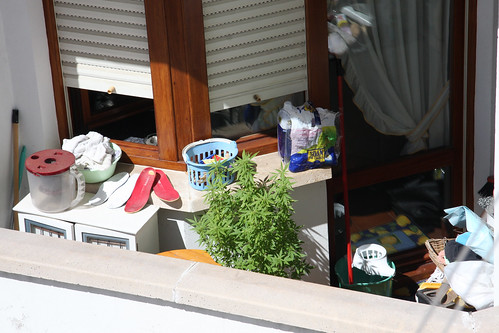 In Spain, it is perfectly legal to grow your own marijuana for personal use. The cops only start to care when you're growing with intent to sell.

In general I'm strongly against the War on Drugs and generally in favor of the legalization of just about every currently illegal drug. Everything from the history of Prohibition (of alcohol) to teenage abstinence programs show us how forbidding people from seeking pleasure does not stop them from doing so; it only makes them do it in less safe ways. The sooner we can shed the Judeo-Christian-Islamic "pleasure = sin" mindset, upon which all these pleasure-prohibiting laws are based, and talk rationally about the best policies for keeping the populace safe and happy, the better. 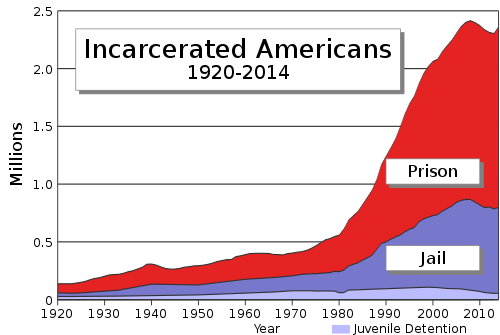 22% of the prisoners in the US are convicted of drug-related charges. (HRW)

You don't have to be a Libertarian to agree that we're doing something wrong.