As soon as I learned that my friend and grocery store manager, Andrés, cultivates mushrooms, I knew immediately that we had to do a timelapse photography project with his next batch. The particular species he cultivates is Pleurotus ostreatus, the oyster mushroom. He buys preprepared bails of hay wrapped in plastic, to which nutrients, mushroom spores, and water have been added. Holes have been cut in the plastic on the top and sides of the bail. Before you can see any mushroom growth, the whole bail gets warm to the touch, as the nutrient consumption begins inside. When the little fungal sprigs started appearing in the holes, Andrés came to me, with a big grin on his face, and said, "Today's the day!" So I returned that afternoon and set up the tripod, flash, and intervalometer pointing at the bails of hay in his grocery store's warehouse right down the street from where I live. And then we waited... Unfortunately, I don't have any way to plug my camera or flash into a wall outlet, so I had to go twice a day with my laptop and a spare charged camera battery to download all the photos from the memory card and replace the camera's battery, a process which required removing the camera from the tripod. Even though I was careful not to move the tripod, every time I changed the battery, either the tripod moved or the level of zoom changed slightly. Thus I was unable to get one long take of the mushrooms growing. I will have to investigate alternate power sources, and perhaps pull the photos out using the USB cable instead of removing the memory card.

The entire process took about 72 hours. After the first batch of mushrooms have been harvested, more will continue grow. Each bail of hay providing four or five harvests. And even then it's better if you spread the hay in a dank dark corner of your garden, because they will keep growing and growing and growing.

Because these mushrooms were freshly harvested from a clean environment when I cooked them, they didn't need to be washed at all. In fact, Andrés specifically told me not to wash them because they will absorb the water and then release it into the frying pan later, losing taste as they do. This species of mushroom is fairly common in supermarkets around Spain – they call them setas, which is is a term that encompasses most types of edible mushrooms – but the time between being harvested and the time spent in a refrigerator means they lose a lot of flavor. These were fresh and very flavorful.

Some people add a little garlic, but these fresh mushrooms are so flavorful that extra spices are not really necessary. Taste the fungus!!

Worth viewing in HD.

Now on to the photos. More are available in the photoset here. 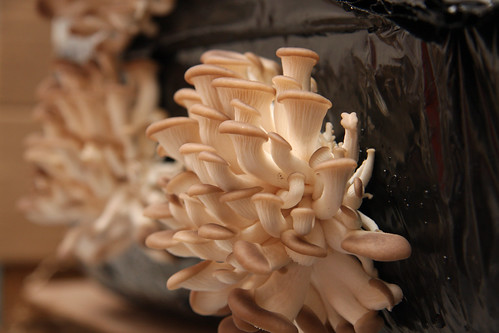 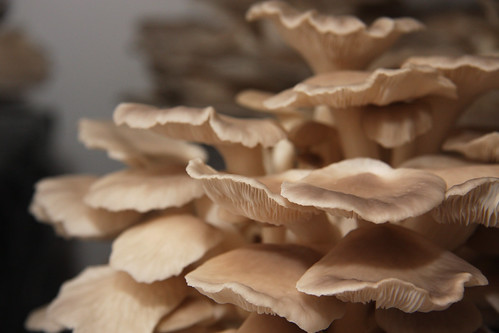 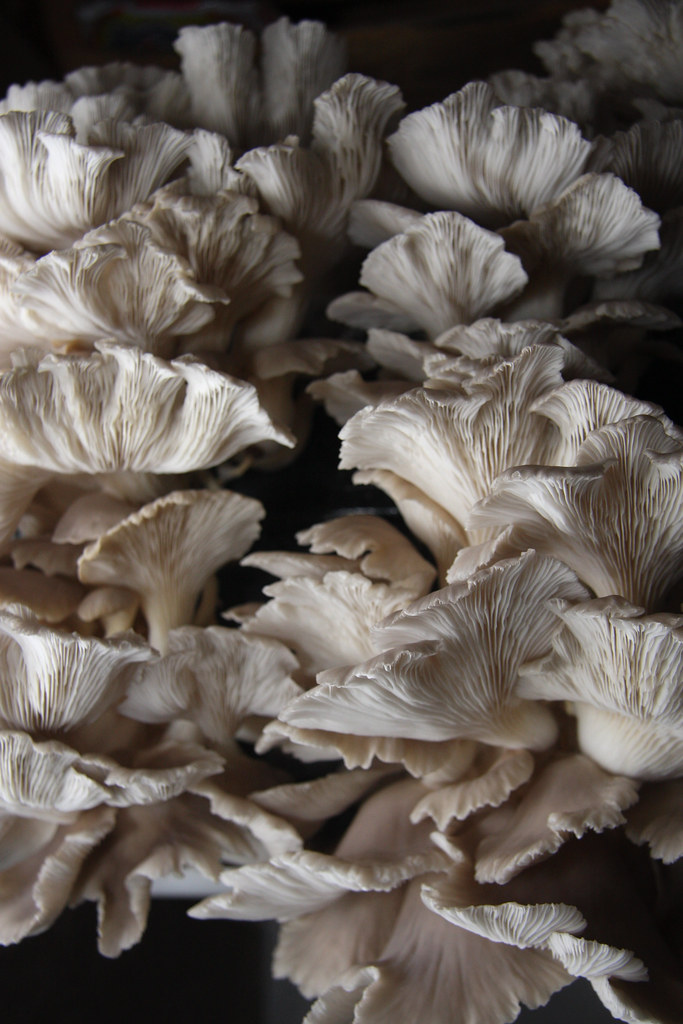 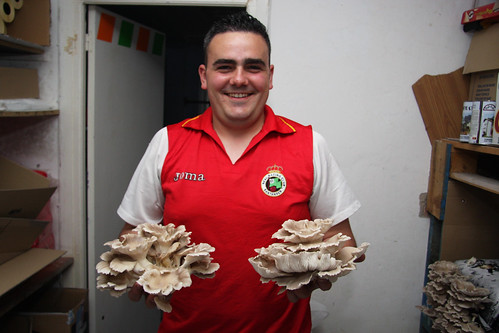 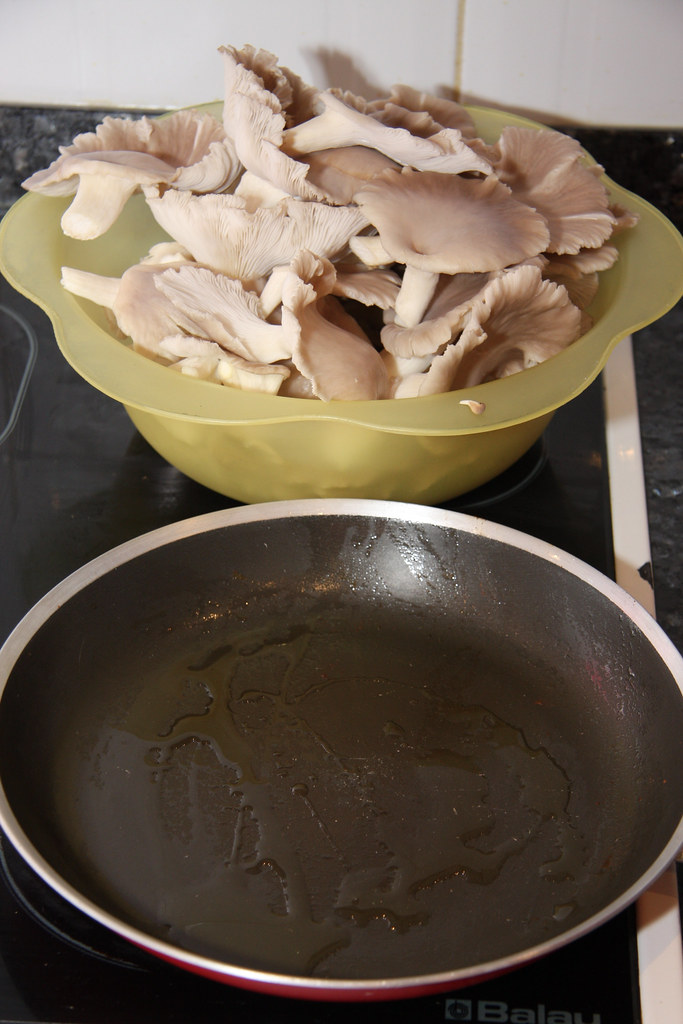 Warming up the frying pan. 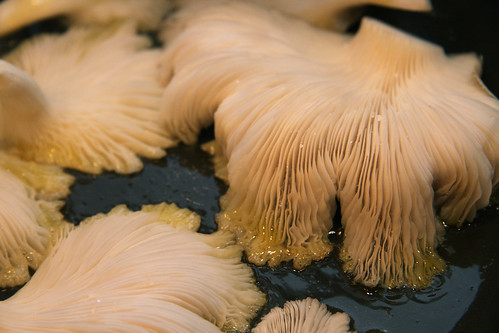 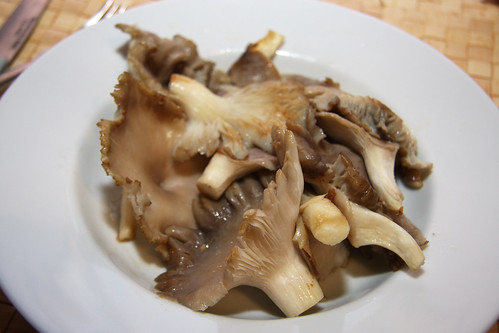 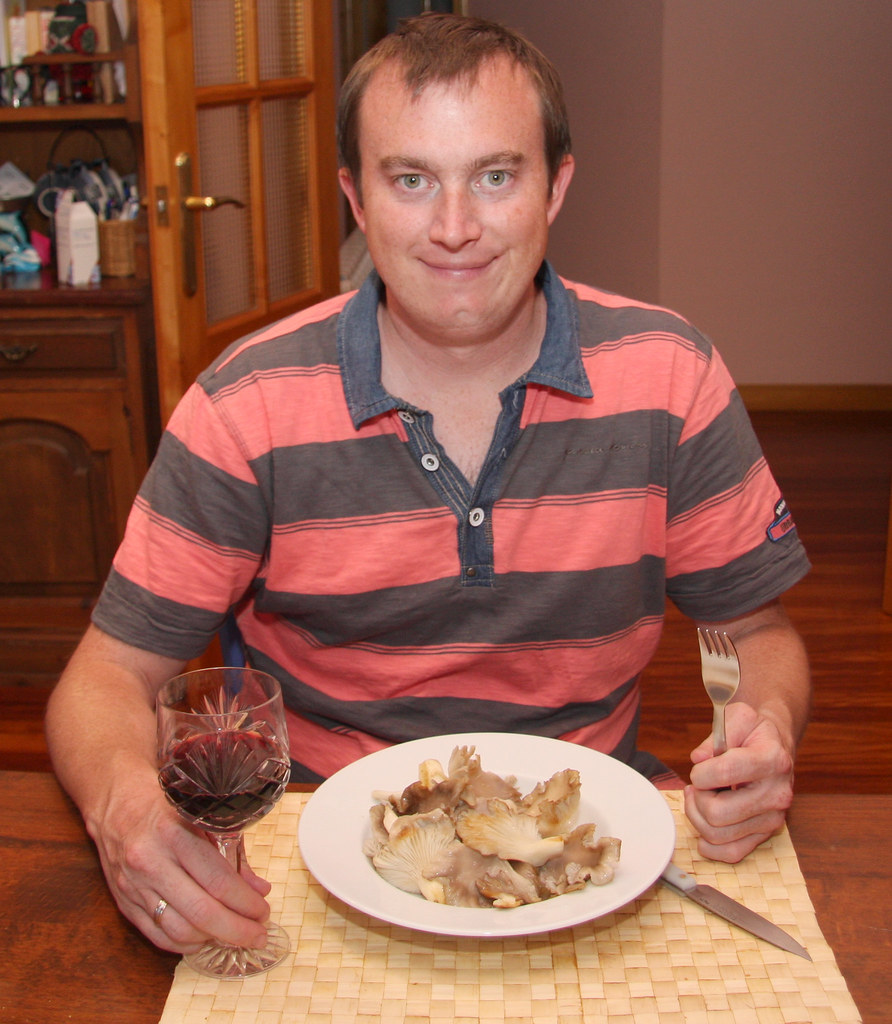 A hungry timelapser ready to enjoy the fruits fungi of his labor.