For a week now I've been seeing signs around town advertising the "I Festival de Cerveza de Colindres", but none of the signs said exactly what or where it was, just the dates, June 17 - 20 and the bars that were sponsoring the event. I sort of assumed that it was going to be some discount on beers in those bars or something, but yesterday we ran into a friend that informed us that it was a big festival with bands in a tent near the town hall. Unfortunately, it has been cold and rainy all week, but today, on the last day of the festival, we went to check it out. This is what we found... 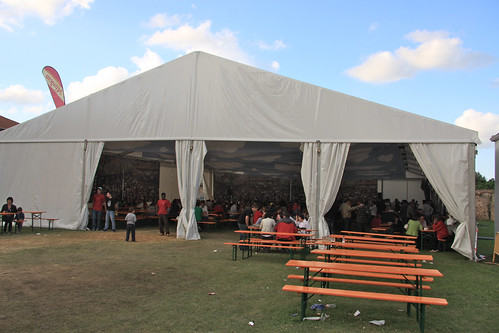 The beer tent as we approached. Marga immediately noticed the cool illusion they had created by putting Oktoberfest panoramas on the wall. 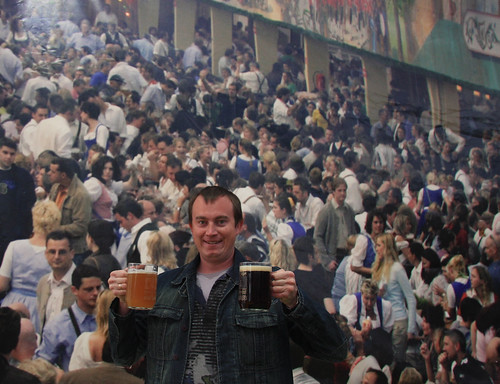 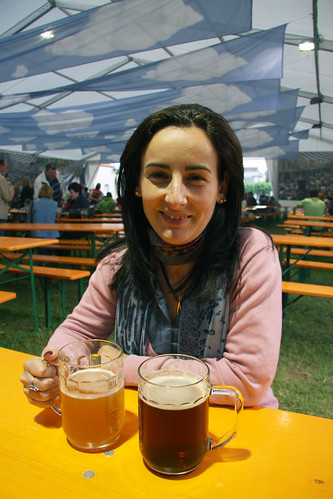 The blue sky and clouds was a nice touch. I imagine that on Saturday night the tent might have been full. In one corner they were grilling hamburgers and sausages. 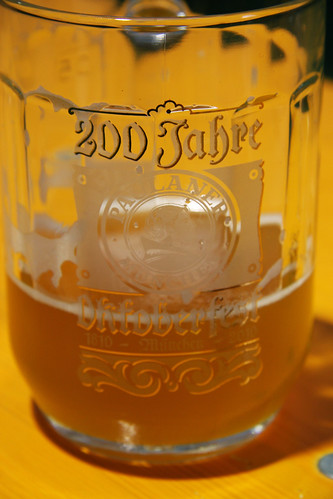 With the exception of the severe lack of information on the advertising posters, I was quite pleased with the festival and look forward to participating more next year. One of the things I love about Colindres is just how well festivals and town parties are organized and run. Hooray, Colindres!

Next week we have San Juan festivities!