I have three grandfathers. There are my parents' fathers, of course, but there's also my wife's maternal grandfather, who I love like my own. One of the most unforgettable moments of my wedding day was when he took me aside and said, "To you, from now on, my name is no longer Ramón. It's Abuelo." I get choked up just thinking about it.

During our recent summer vacation to his house in Extremadura, I came to understand – if you can call it that – two strange quirks that he has.

The first is that, whenever he announces to people that he's going to bed, he says, "I'm going to Cuba." I interviewed all the other people in the house, and none of them knows why "Cuba" could possibly mean "bed". The only thing I can come up with is that geographically, the island is very flat from north to south, and long from east to west, which maybe resembles a bed or cot?

Personally, I rather like that there is no reasonable explanation. I've decided to adopt this quirk and use "I'm going to Cuba" to mean "I'm going to bed" as often as I can. I love it. Plus, you can vary it a bit, e.g. "I've got a meeting with Castro in a half hour." Beautiful.

There's going to be a bullfight this afternoon

I needed my sister-in-law to translate this one for me. This means, "There will be a thunderstorm this afternoon." Perhaps this euphemism/metaphor stems from the similarities between the words toro and tormenta, meaning bull and storm in Spanish. Maybe it's because a bullfight and a thunderstorm are two things you don't want to be caught in the middle of without preparation. I don't know, but I like it.

I really, really hope I turn into a quirky, but lovable, old man. His quirks are a big part of what I adore about my third grandfather. 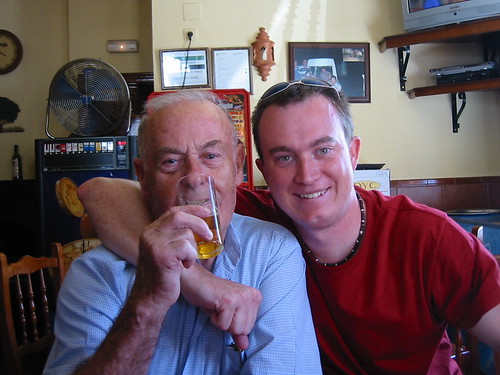 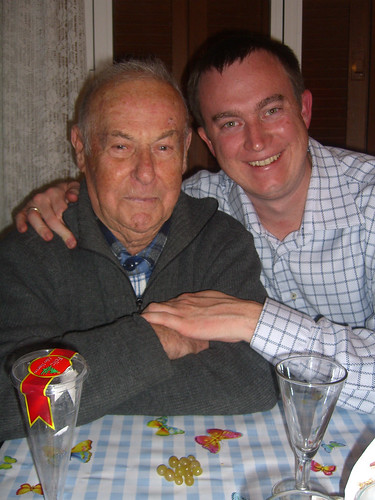 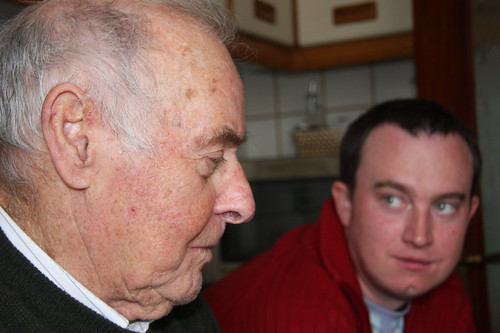 I wrote this post sometime last year, and it's been in the drafts box for a while now. But today is his 90th birthday. ¡Feliz Cumpleaños, Abuelo!