After a few dozen "You should cut her hair!" comments from friends, we finally broke down and cut Nora's hair on her 14-month birthday today. I didn't get a chance to take a "before" picture, but, let's face it, she was pretty scruffy-looking. Neither Marga nor I have never really understood the point of keeping the first locks cut off a baby, so we passed on that.

Shortly after her daycare pickup time, a huge (for us) storm rolled in and it started pouring rain. I called up Marga and she said she was in a peluquerí­a getting Nora's hair cut. A few minutes later, I got a call requesting that I go down to the local peluquerí­a and bring an umbrella and the plastic bubble to put on the stroller. When I arrived, I found little Nora sporting a nice new do (and some doodoo, too). Apparently she screamed for most of haircut. This doesn't surprise me, since she's very particular about who can touch her, especially her head. Somehow the skilled hairdresser was able to do a pretty good job on her unwilling client. I'm amazed. 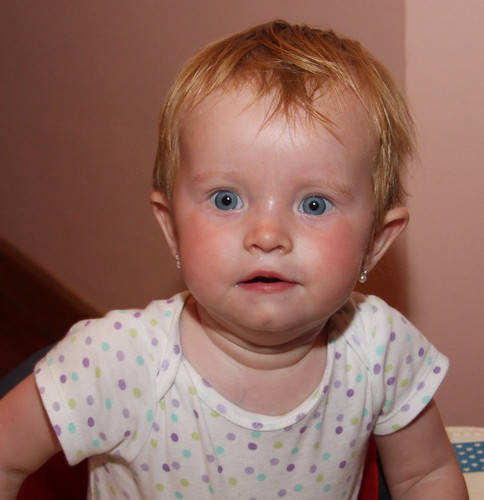 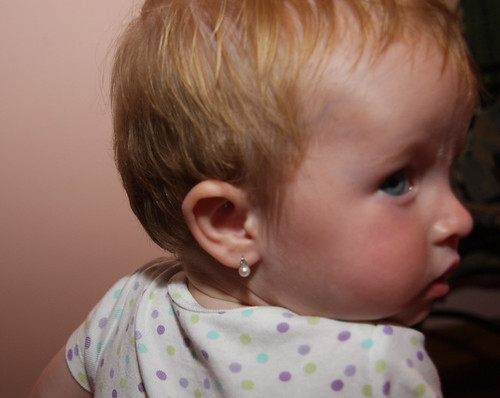 The majority of it came off the sides... 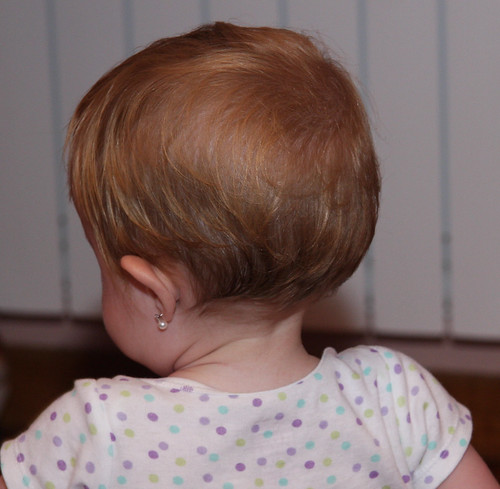 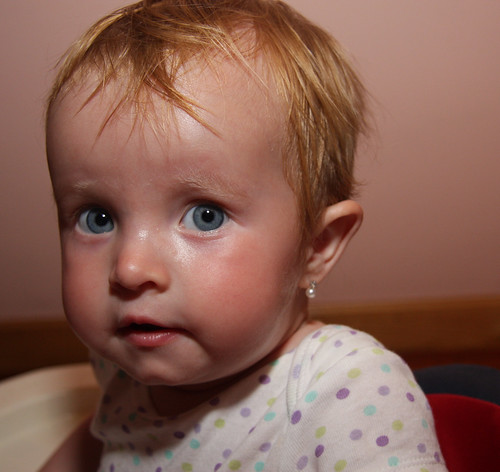