Nora at the beach

We live about an eight minute car ride from one of the nicest beaches on the northern coast of Spain. Last year, shackled to an infant, we never went once. But this year we're looking forward to many more trips, maybe even a sand castle or two, and seeing just how much sand a baby can ingest. The weather on Sunday was gorgeous, so we had to go. First we walked several kilometers up and down the walkway that follows the curve of the beach, and then we put the stroller in the car and took Nora for her first time walking on the beach and having her feet in the surf. If we had realized just what a wonderful day it was going to be, we might have taken bathing suits and a better camera. 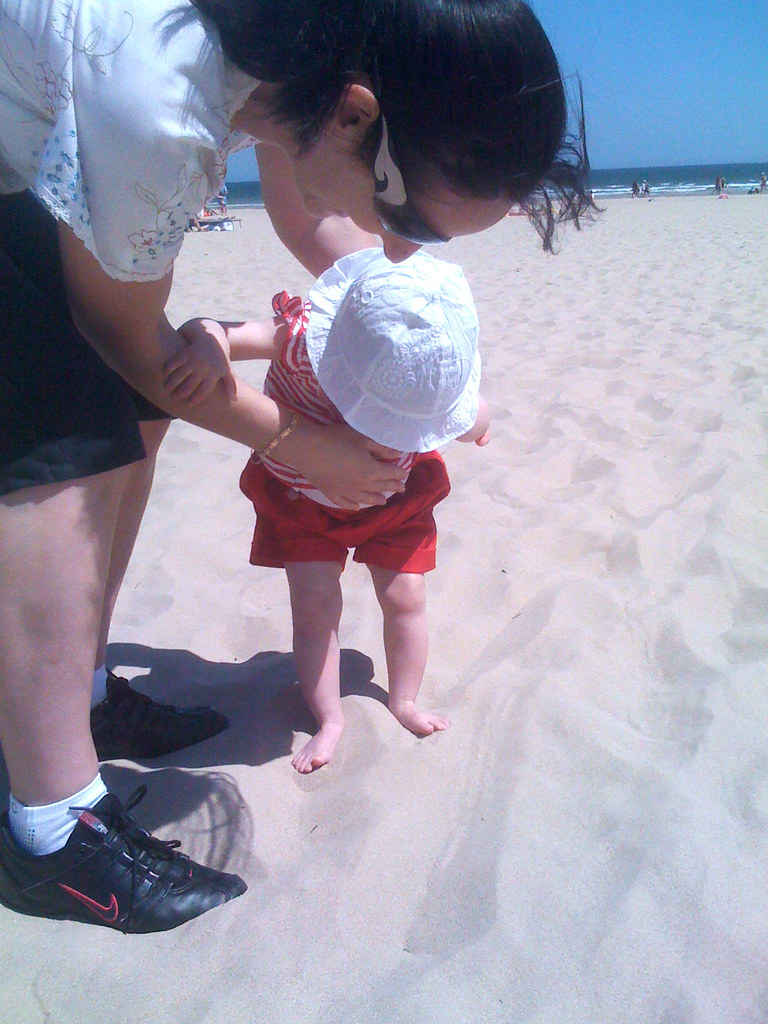 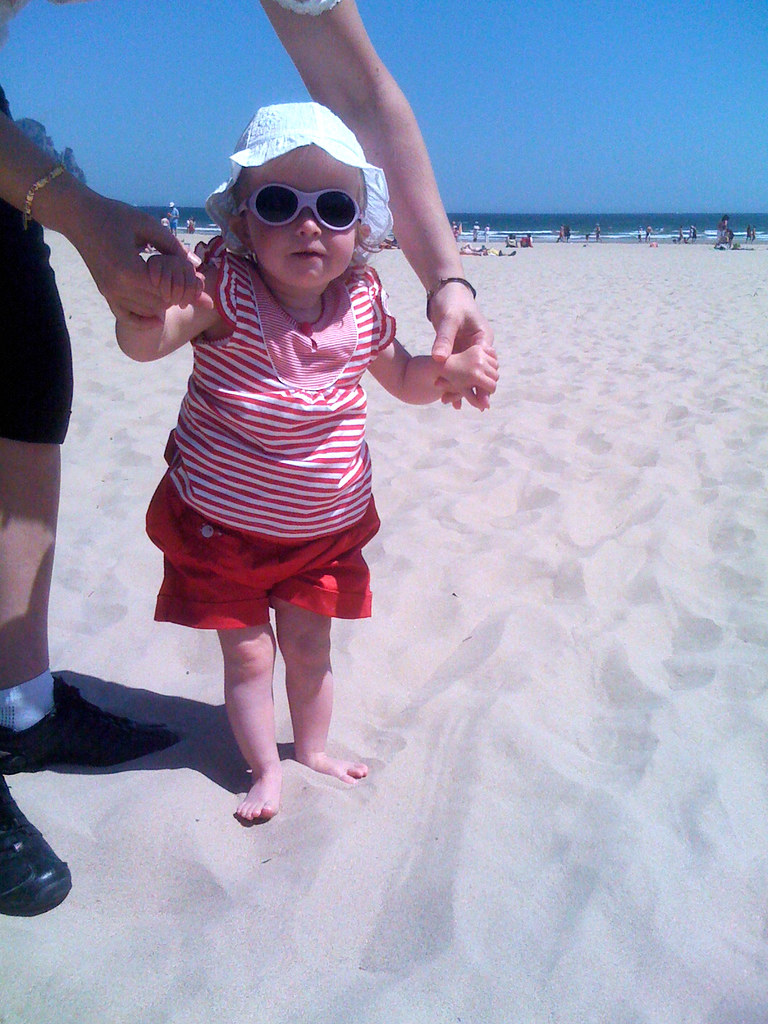 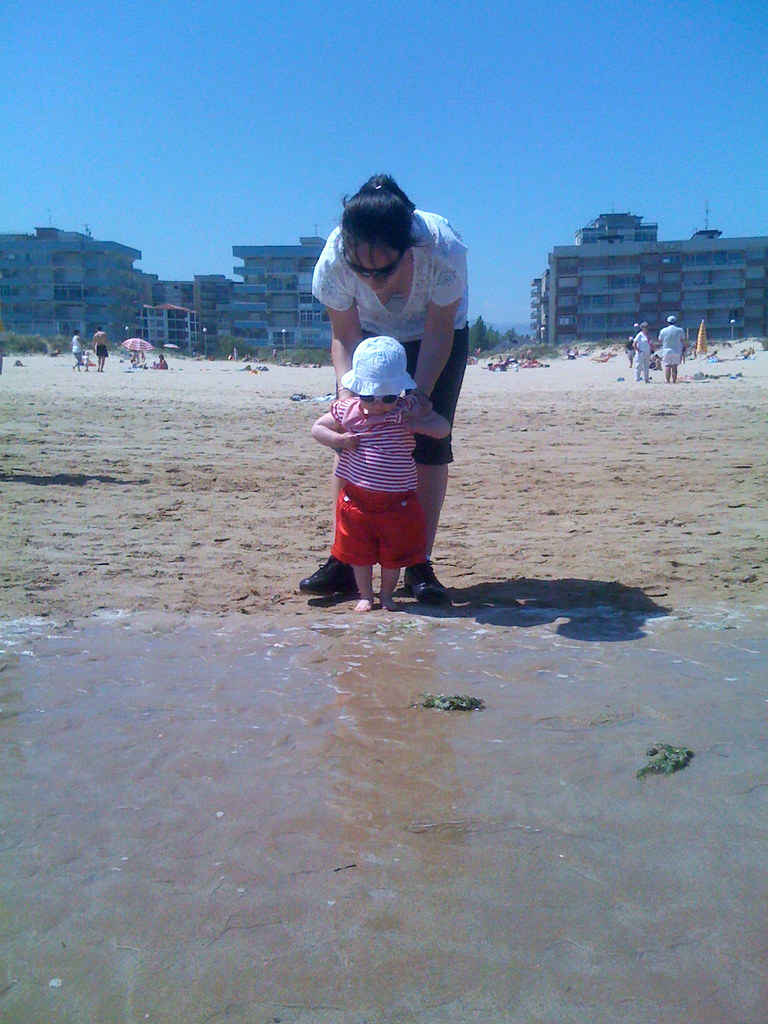 At first the water was a little scary. Heck, I might have shrieked a little bit from the cold when it first hit my feet. But after a minute it became quite nice. After I took these photos, I, being the only barefooted parent on the scene, took Nora a little further out until she got her ankles good and wet. The sinking sensation freaked her out for a minute, but then she began to run (with support) around in the surf.

It was a good introduction, and we're looking forward to many more trips to the beach this year.