My father has an excellent story about reading an editorial in Creative Computing magazine once about how children could comprehend and do useful things on personal computers. The author of the article had a four year old that knew about games and how to use the keyboard, etc. My father wrote another editorial letter for the magazine, about me, that went roughly like this:

My son also uses our personal computer. He has his own diskette with games he likes on it, and he knows that whenever no one else is using the computer, he can ask me – he knows that he's not allowed to touch anything on the computer desk – and I will put in the disk and boot up his games. Last week I saw him go into the computer room, so I followed him, but I stopped at the doorway and watched as he climbed up on the chair and reached for the diskette box. Rather than immediately yell at him for touching what he knows is forbidden, I watched as he opened the box, thumbed through the disks until he found his games disk, inserted it into the disk drive, closed the drive, turned on the computer, and began playing one of his games. It was that day that I realized that we adults vastly underestimate our children's abilities. It was the day after his second birthday.

My father has always been somewhat of an early adopter, and his personal computer hobby in the early eighties quickly turned him into a computer guru at work, which strongly shaped his career path. So it wasn't too odd that he pre-ordered an iPad a few months ago. What I wasn't expecting at all, however, was that, after evaluating the product and its applications oriented towards children, he would bring his iPad and give it to his 13-month-old granddaughter, Nora. He retold me the story of his editorial letter this morning to remind me not to automatically assume that a child who is still learning to walk won't understand the abstraction of working with virtual objects "inside" a computing device. She has only had two or three days to play with it, but Nora clearly understands that there are things on the screen for touching, and that touching the screen sometimes results in a sound. The relationship between Nora and her iPad will be a fascinating one to watch develop. 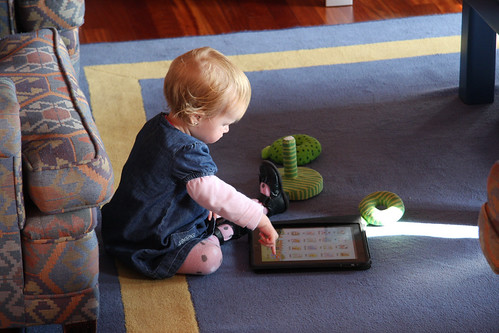 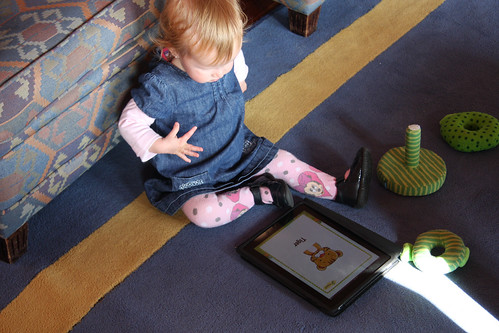 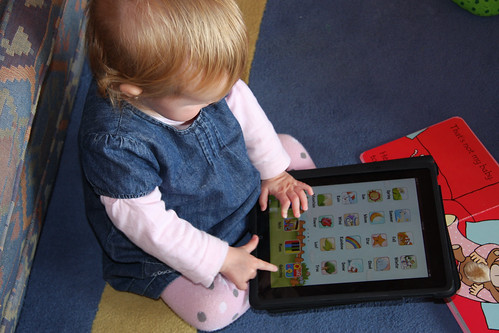 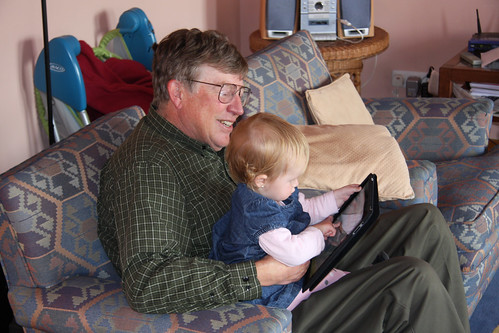 Nora and her grandfather playing with the iPad. 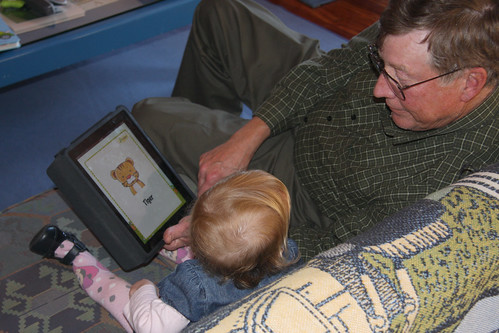 Learning what a "tiger" is. 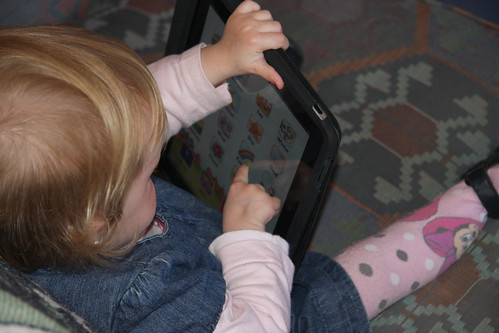 I look forward to seeing how Nora's computer skills evolve.