On Sunday we woke up at 11:00 to the peaceful sound of no baby crying. After a quick breakfast at the pub neighboring the hotel, we checked out and the group of eleven of us took our three vehicles and headed towards Haro. I have wanted to visit Haro for some time, ever since learning about the Batalla de Vino they host every year, which I detailed in the 17th post on this blog back in June 2006. At some point on the way to Haro, the Tom Tom GPS unit in the leading car, decided that it wanted to visit the town of Cenicero. I have noticed Cenicero on the map a few times and chuckled at its horrible name, which is Spanish for "ashtray". Wielding my trusty GPS-enabled iPhone, I volunteered to lead us to Haro, and in twenty minutes we were there. We walked towards the city center, saw the town square and the church. Once a restaurant had been found and a table for 11 reserved, we began our bar hopping for tapas. 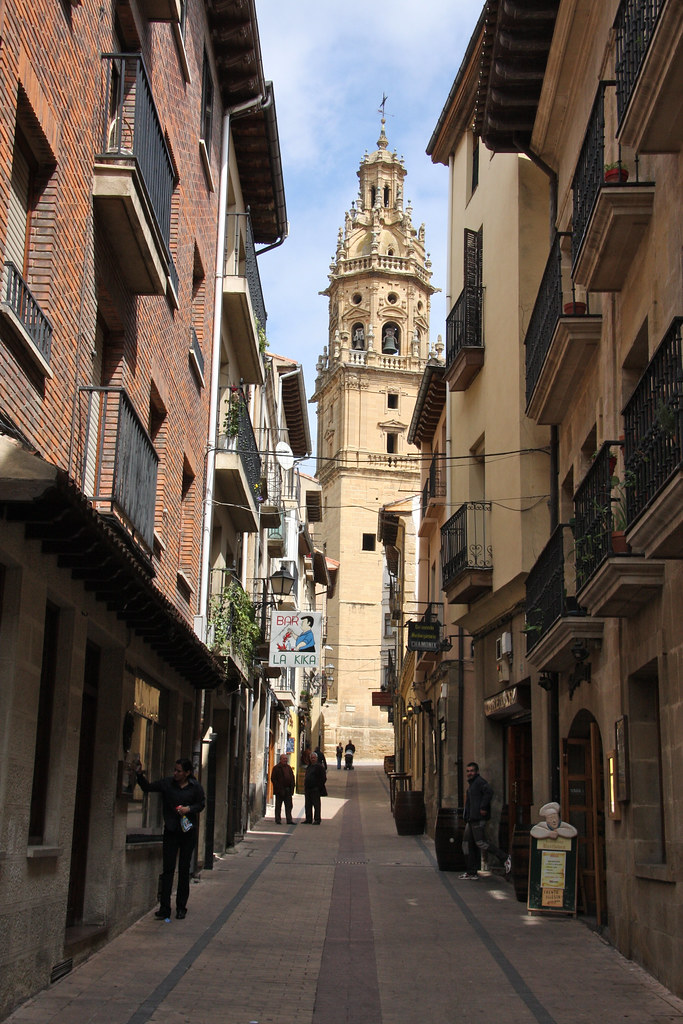 I went into a wine shop to look around, and one of my friends came in and told me quietly, "This isn't a wine shop. Follow me down the street and I'll show you a real wine shop!" He took me to the simple-looking Vinoteca Juan González. 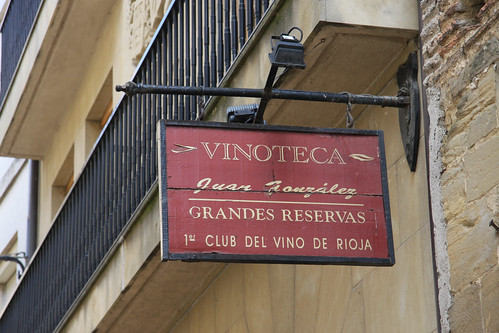 "The 1st club of wine of Rioja", the sign reads. 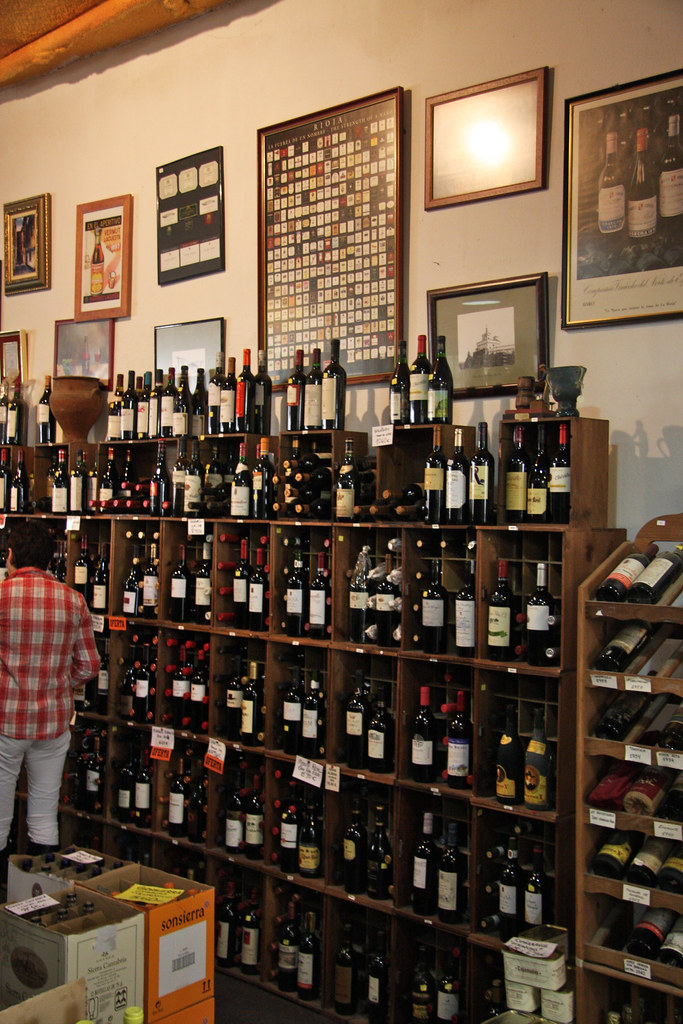 Inside, I was blown away by all the variety (all from Rioja, of course) of wine they had. 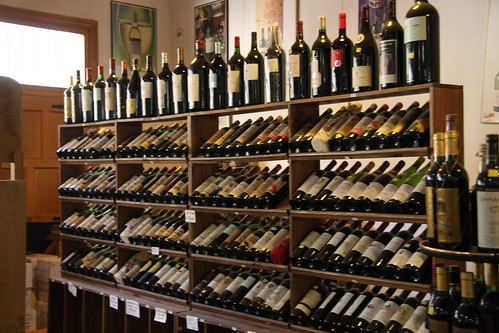 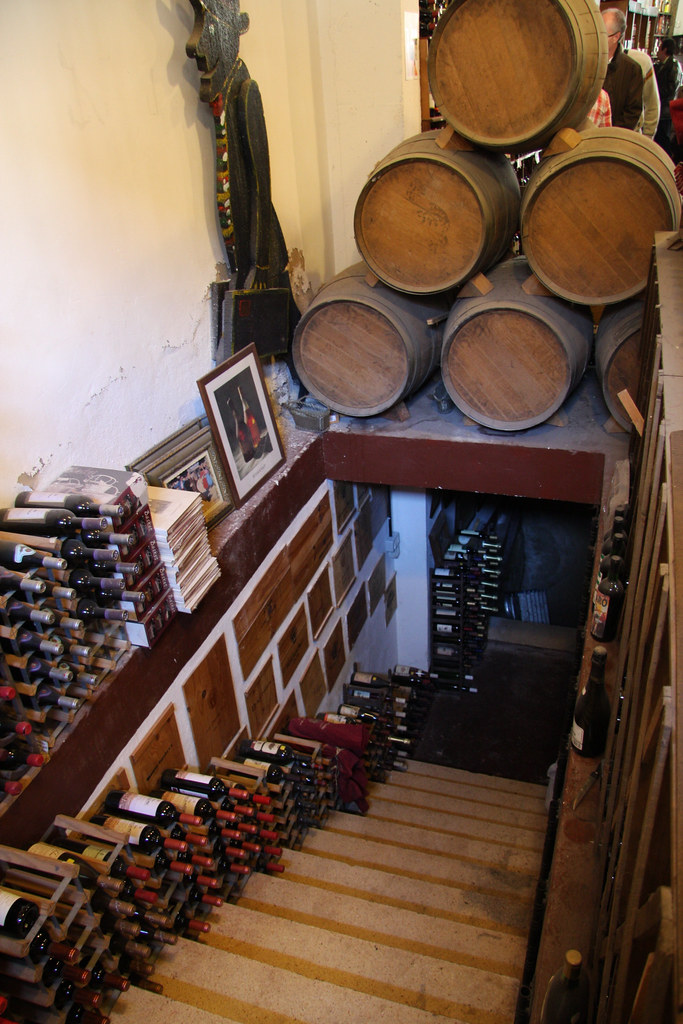 The stairs down to the cellar were blocked off. Who knows how much wine there is down there! 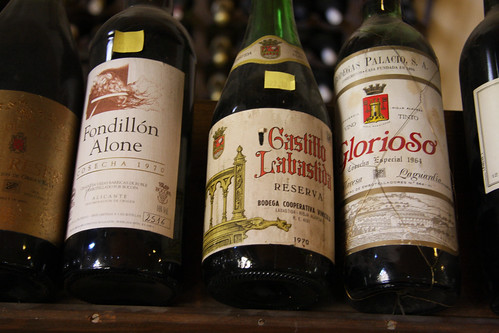 I thought this wine from 1970 and 1964 was old, until I saw the bottles from even earlier! 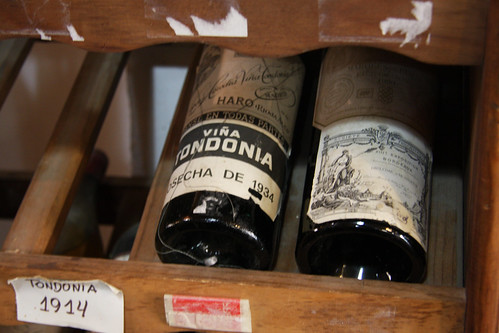 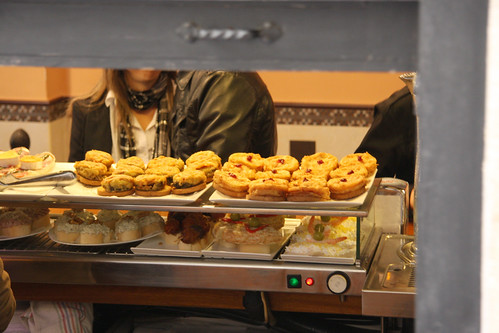 Back outside, we started eying the tapas in each bar. 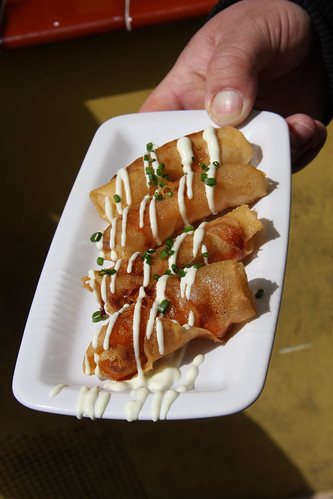 Shrimp crisps, these are called. 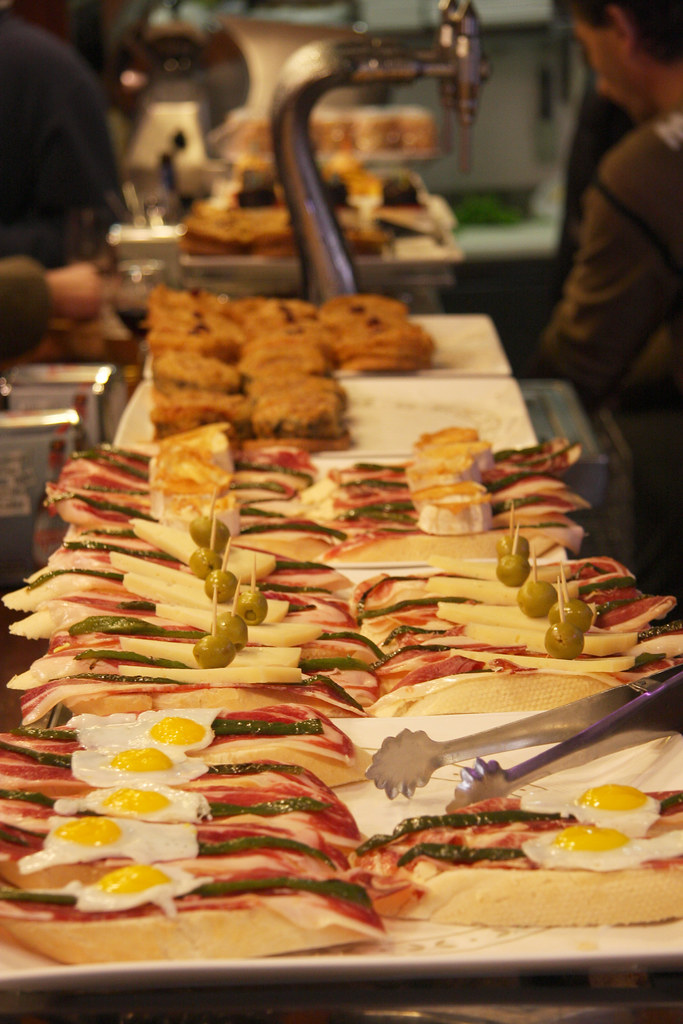 Sometimes I really love my adopted country. From near to far:

Eventually it was time to head to the restaurant. 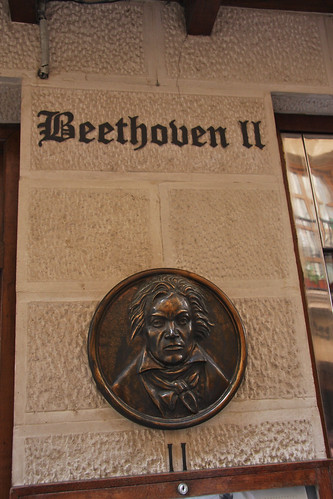 We ate at the Beethoven II, which was across the street from Beethoven I. 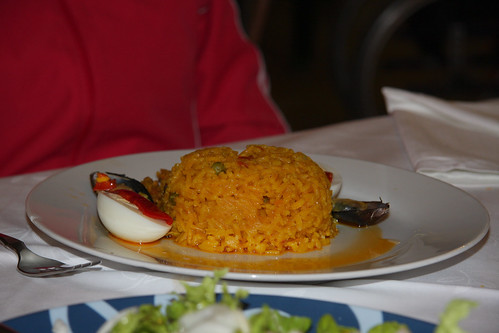 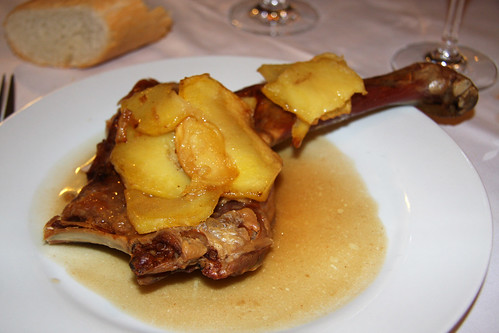 My leg of lamb with potatoes. It was wonderful! 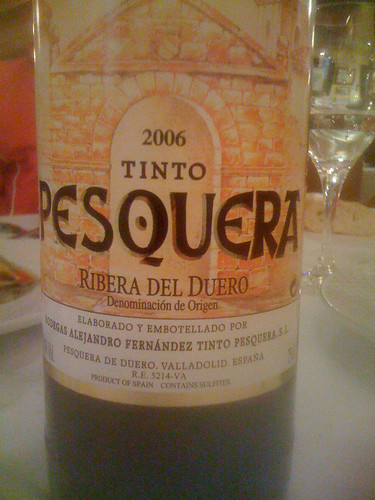 Some of my friends had the nerve to order a Pesquera 2006, from Ribera Del Duero, Spain's other principal wine-making region, Rioja's arch rival. The restaurant only had one bottle of it. Apparently not many people have the gall to order a rival wine in Haro. My friend claims that Rioja has reigned supreme too long and is resting on its laurels, and Ribera Del Duero is the underdog who's really putting in the effort and making some great wine. Sounds plausible, and the Pesquera was amazing. But then a good story makes wine taste better. 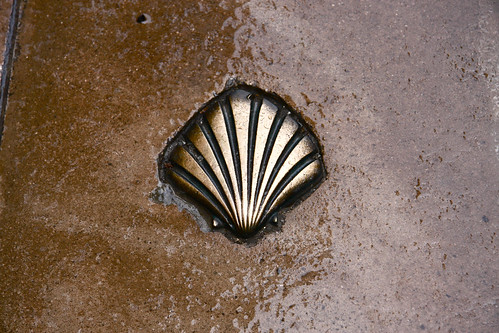 by erikrasmussen, on Flickr") On our way back to the car, it started to rain, and I took this photograph of a brass scallop on the sidewalk, the symbol of Saint James, and the way pilgrims are guided along the Way of St. James, which passes through Haro.

We drove to my in-laws', picked up Nora – if she was pleased to see us, she didn't show it – and headed home to Colindres, arriving just after 22:00, tired, but happy.