Last weekend I was all alone. Marga and Nora went to visit Marga's parents in her hometown. While they were there, they went to some sort of festival where migas were served. Migas is a dish of fried bread crumbs, normally with some fried garlic, peppers or bacon mixed in. It's delicious! Apparently Nora enjoyed some migas as well. She also tried some rosquillas, which are like Spanish doughnuts. What follows are some pictures my sister-in-law sent me of Nora's activities over the weekend. 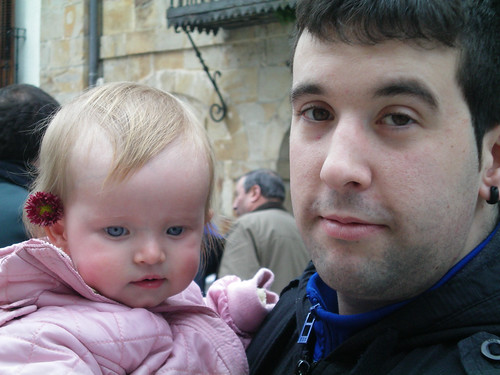 With her cousin Rubén. He has shown special interest in her from the start. Watching them together, you get the sense that he'll be a great dad some day. 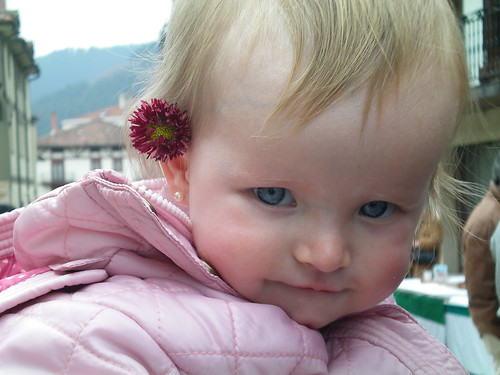 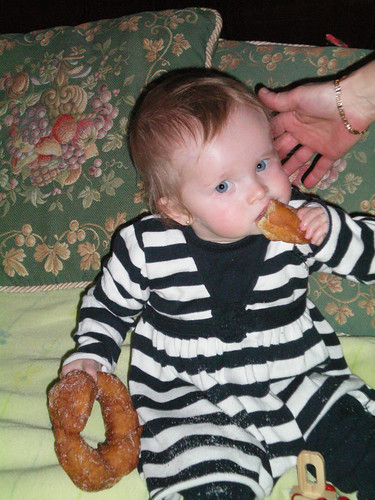 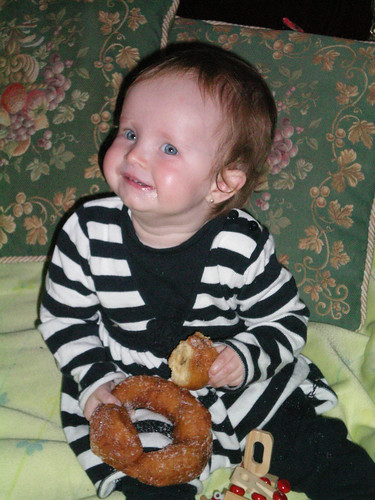 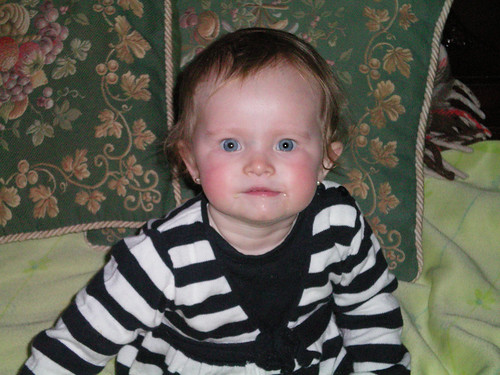 The rosquillas are all gone!