To take a break from the 517th Annual Arrival Festival, we walked up to the Monte Real Castle that looks out over the Baiona harbor and also towards the Atlantic Ocean. It houses the Parador de Baiona, which is a ritzy four-star hotel and restaurant. A double room with a view is only 266€ per night! Their marketing video is very well done. What had been an overcast day opened up and shed sunlight on most of our visit to the little peninsula fortress. Once we got up to admire the view, we found a stone bench to sit, and then lie, down on for a short siesta in the sunshine. All that walking, wine and octopus really knocked me out. So I can honestly say that I slept at the Parador de Baiona. Cat nap over, we continued all along the castle walls. Medieval castles are a lot of fun.

The historical information I can find on the internet about the Monte Real Castle claims that Julius Caesar's legions first noticed its strategic position in 60 AD. Surely news of his death in 44 BC could travel from Rome to western Iberia in less than 104 years, so I'm thinking maybe they weren't really his legions anymore. Whatever castle was there was destroyed by an Arab dude in the tenth century and quickly rebuilt by Alfonso V of León.

The views were unbelievable! Must be seen large. 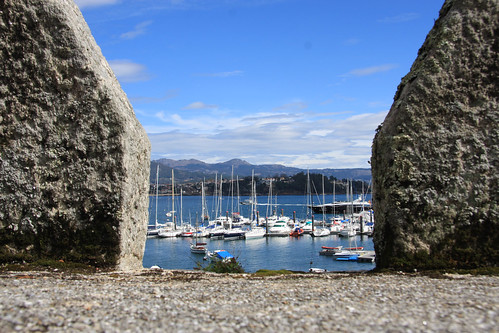 The view down to the harbor. 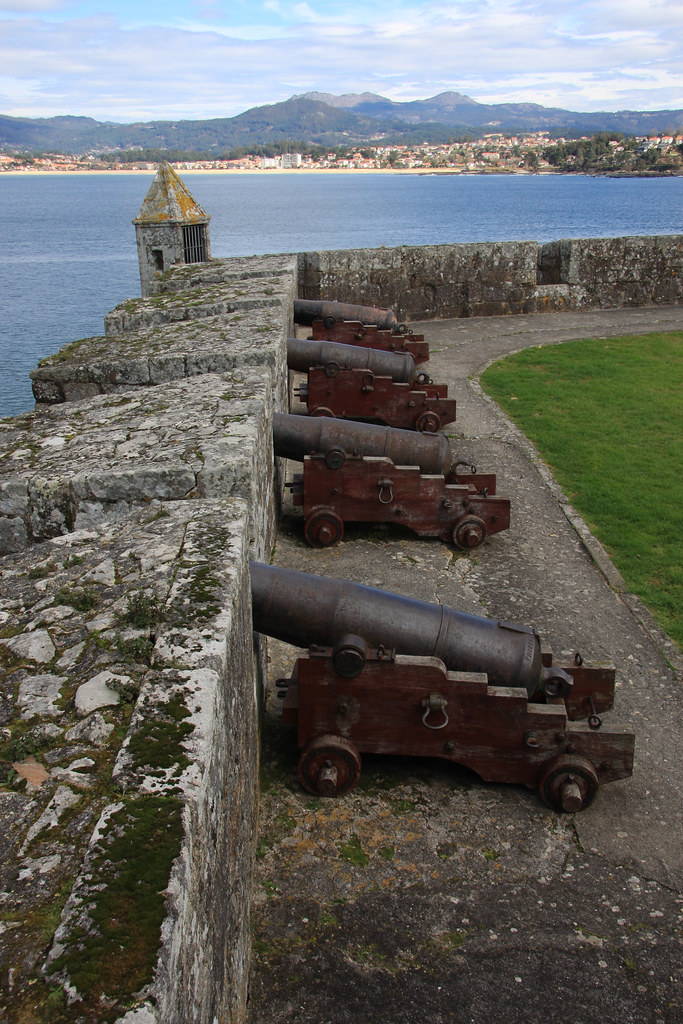 King of the castle. 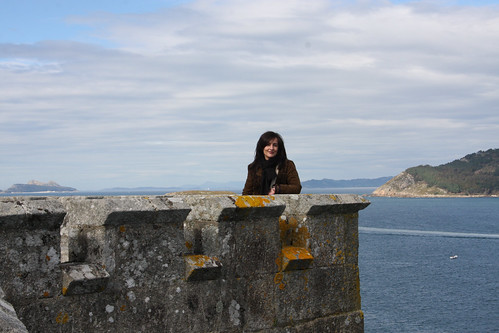 Queen of the castle. 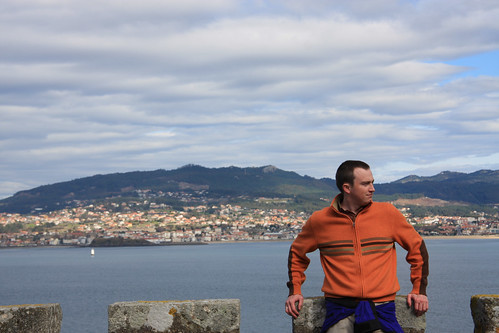 The king moonlights as a part-time sweater model. 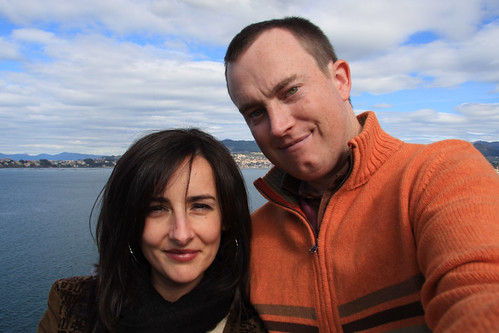 King and queen at arms length. 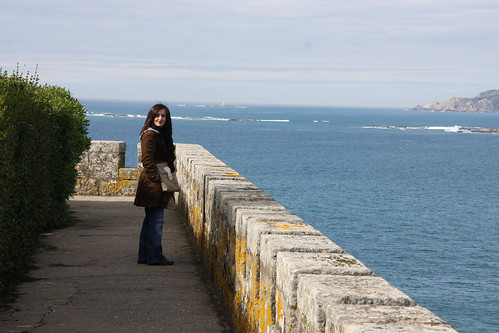 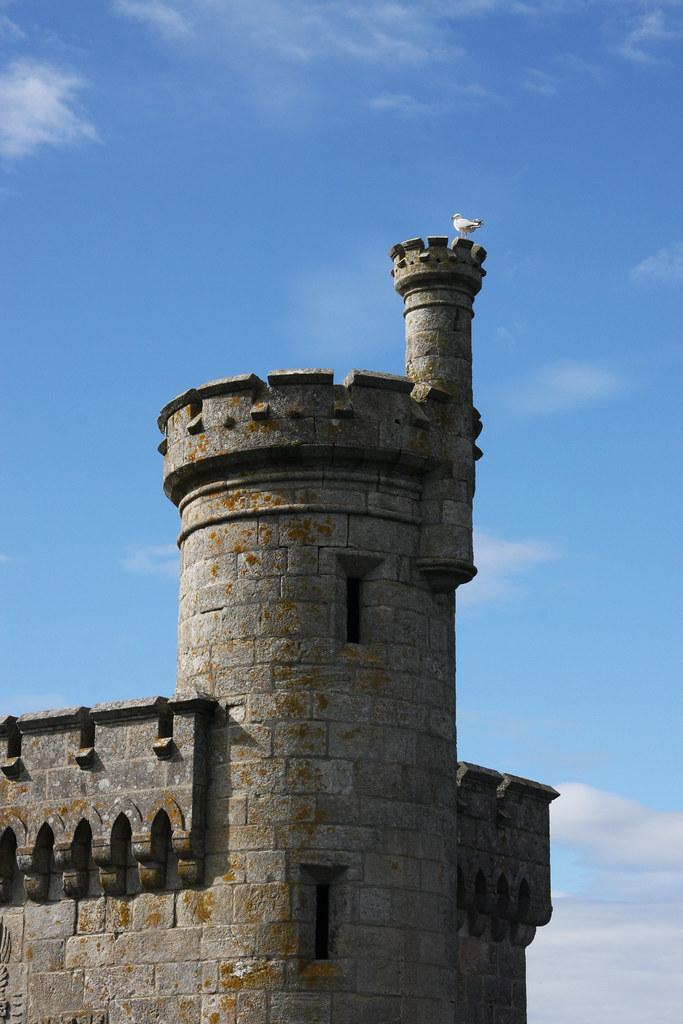 Turret gull had the best view.

Looking west towards the ocean. View large. The cross was really symmetrical, but got distorted in the panorama stitching.

Looking back down at the town of Baiona. View large. 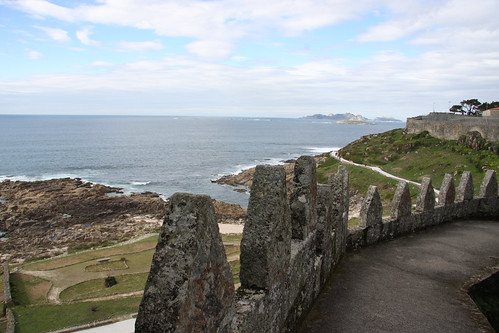 One last glance towards the New World before heading back to town to continue celebrating The Pinta's return.