I wasn't going to go on my annual golf outing this year for parenting reasons, mainly because I couldn't leave Marga alone with the little primate beast for a full week. But then, at the last minute, my mother-in-law got sick; just the right amount of sick that she got time off work and was able to care for Nora. After double checking with my work and The Committee that hosts the event, I decided at the very last minute (16 hours before the flight) to go. Let me just say that it's true what the psychologists say: Decision is the secret to unhappiness. There's nothing like making a major decision (and this was only a week's vacation, not moving to another country or anything) to make one miserable. However, once the decision was made, I immediately began to enjoy the trip. I was naively surprised to discover that me dumping Nora off on my in-laws was more of a favor than a burden. They were elated! This year we stayed at a cool beach house, right on the beach. More on that later. While I took a few photos, this year I was hugely benefited by using my card reader to borrow photos taken by the other two active photographers of the group, Jacob Pittman and Danny Scott, to whom I owe most of the credit for the following photos. 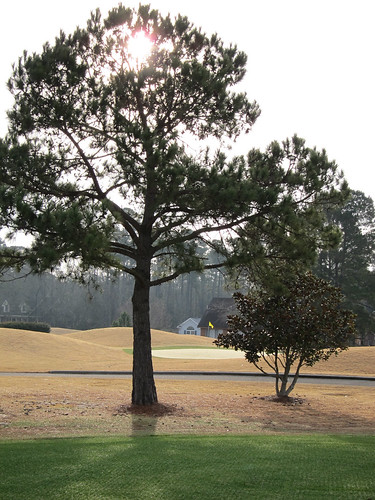 A gorgeous golf scene. Spending time outdoors is one of the biggest attractions of golf to me. 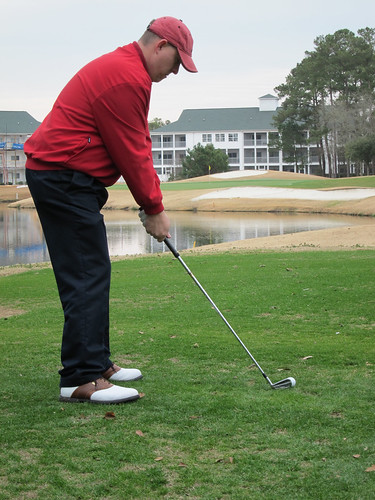 Jon Smedley, probably the best golfer of the group, lines up a drive on a par three. 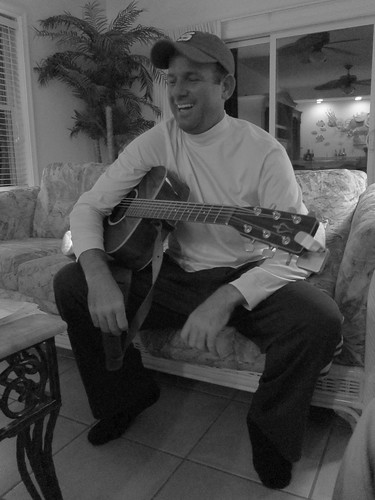 Ryan Meador plays a little acoustic guitar. Jacob was experimenting with a black and white feature on his camera. 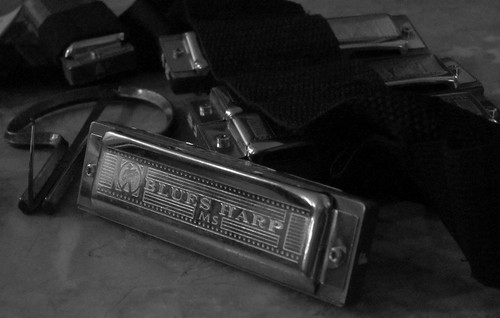 Blues harp and a jaw harp. 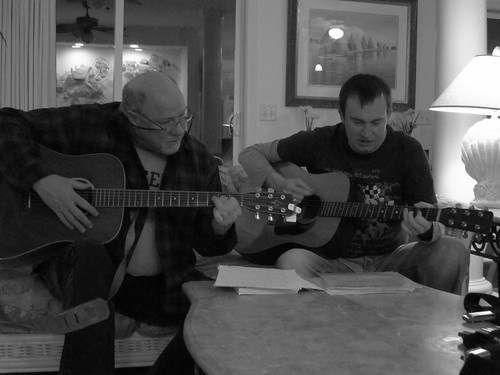 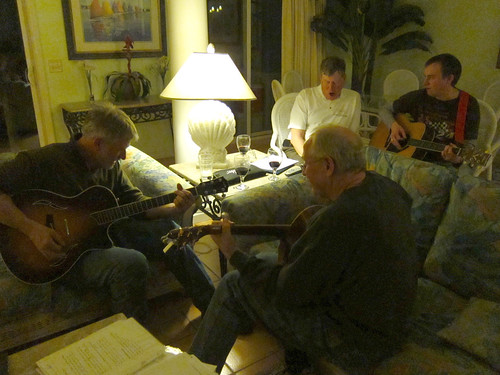 Phil, Clint, and Erik strum while Paul sings the blues. 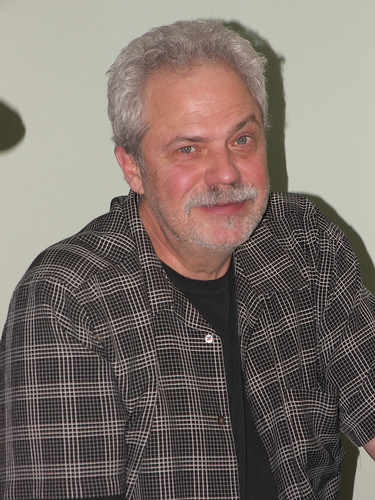 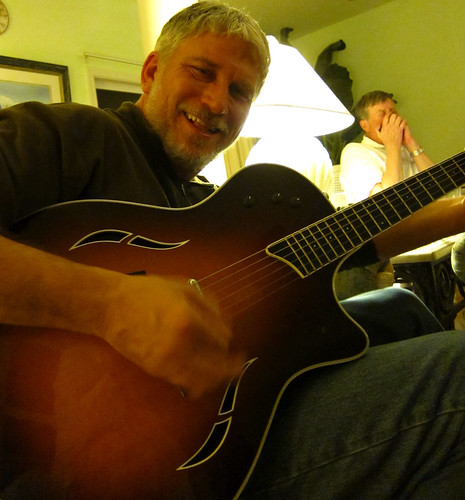 Phil Shirley, my personal guitar hero, can not only pick some mean blues, but looks good doing it! 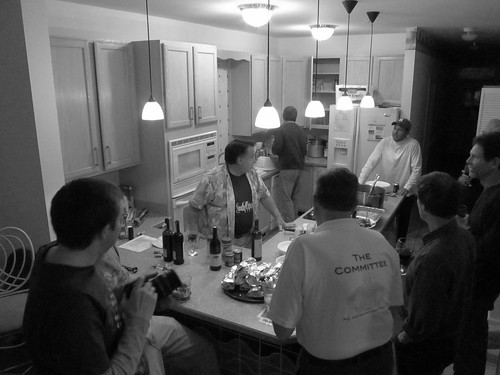 My godfather, Tom, though a non-golfer, went as the official cook and put out an amazing spread of food every day. 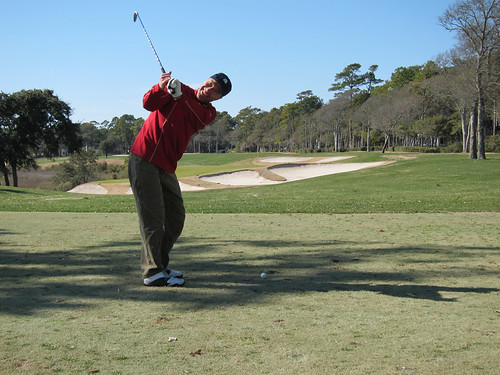 Keith with a perfect backswing and a great smile. 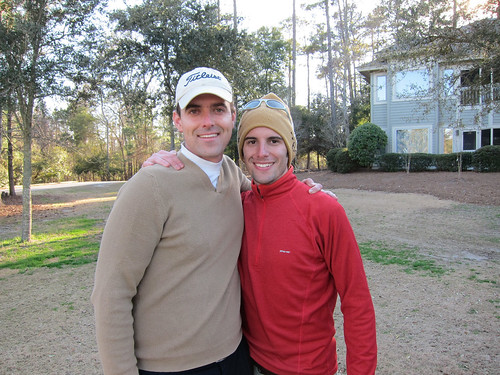 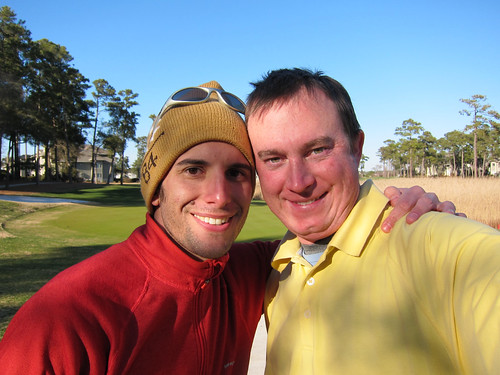 My friend Jacob and me. We've known each other for 28 years. 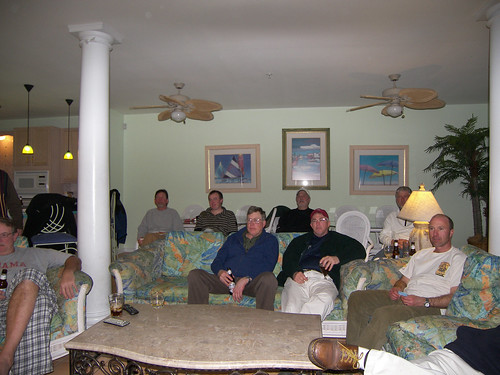 For the first time ever this year, the Myrtle Beach Classic coincided with another annual test of athletic ability, the Super Bowl. I think we all enjoyed having such good friends for a Super Bowl party. 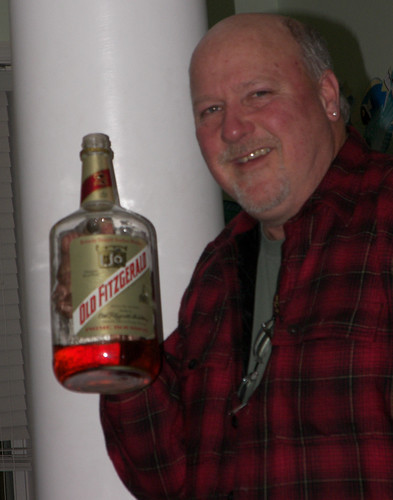 I went with my good friend, Jeff Fitzgerald, to buy a bottle of Old Fitzgerald bourbon to commemorate the death of his father in December of last year. 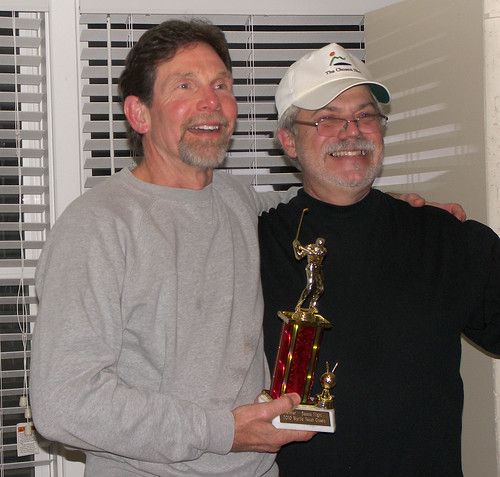 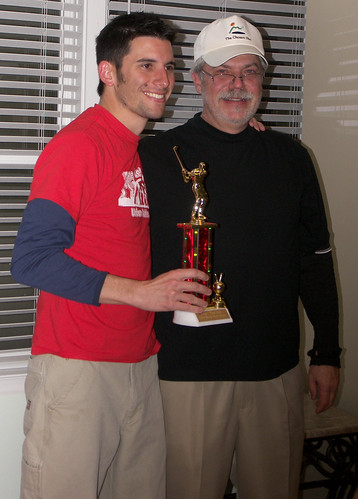 Jacob played some outstanding golf this year and took first place in the First Flight. 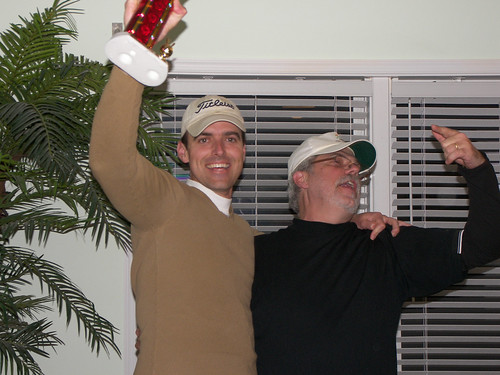 I had the honor of playing with, and coming in second to, Steve Hemphill in the Championship Flight. 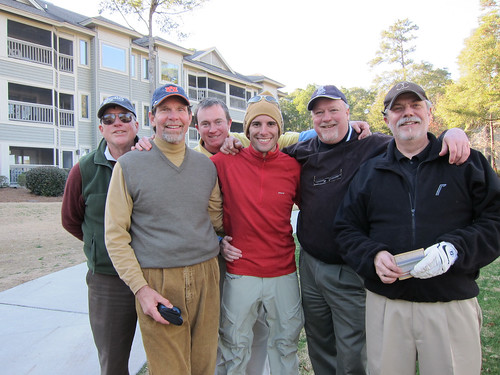 I love all these guys, and I'm very glad that I was able to attend at the last minute this year.

All the photographs I have, 98 in total, are available on Flickr.