It snowed. Kind of.

The evening news lately, with footage from all over Europe, has resembled the March of the Penguins or Never Cry Wolf. In other words, I always end up feeling colder after I watch the news than before it starts. Down here at sea level, we almost never get any snow, but on Saturday night we finally did. When I woke up on Sunday morning, this is the view that I beheld upon opening the blinds. 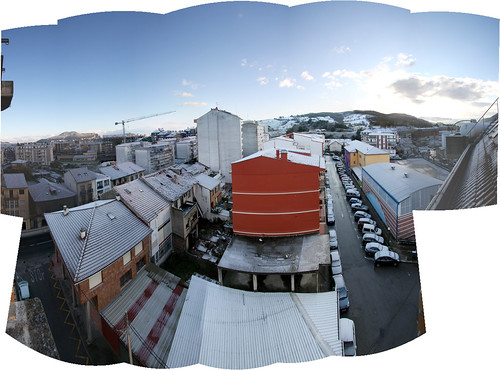 There was maybe an inch on cold surfaces like car roofs, and a light dusting on the roofs of the buildings.

There was a little ice on the ground in the shadows, enough to make me realize how helpful it is to be pushing a stroller when you're walking over an icy patch. Later in the morning, when Marga, Nora and I went for a long walk around town, I delighted in noticing the ice in the shadows of benches and lamp posts. There was ice in the shadow, and just to the west side of the shadow, where the shadow had just been. 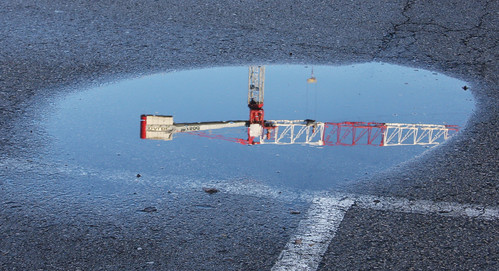 By the afternoon there were large puddles in their usual places around town.

By now the snow is right where I want it: not underfoot, but visible up in the mountains. The storm has made me appreciate having mountains to the south in the winter, because the snow on their north faces lasts longer and makes them more picturesque.