Sandwich Party 4: I can has cheezburger

If Simon's going to go all quintessential for SP4: A New Hope, then I guess I should too. As an expat, one encounters a lot of strange stereotypes about what foreigners think your country is like. Probably the most common I've heard is that Americans eat nothing but hamburgers. Rather than dispel this myth, I've sort of adopted it as part of my "the American expat" role. For five or six years now I've thrown a hamburger party on the Fourth of July, and somehow it's become a ritual on my daughter's monthly birthday celebrations. So here we go. The most important part is that ingredients are served on the table and each person dresses their own burger. Spaniards find this very strange because there aren't a lot of DIY meals like this served in Spain. 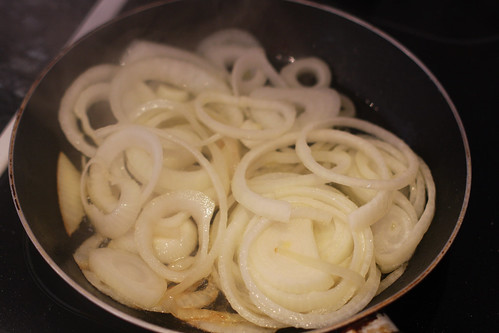 Frying the onions, which become a topping later, can be done early 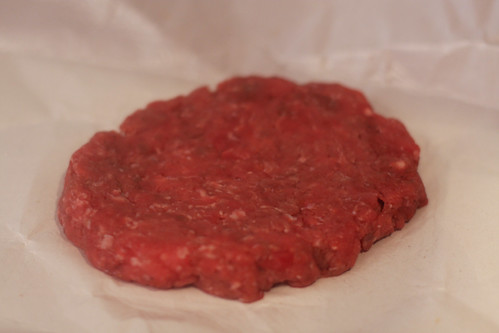 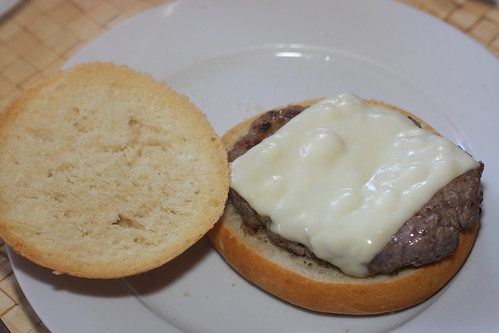 Cooked and on the bun, ready for dressing. 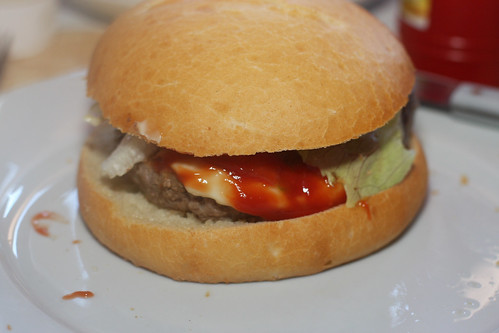 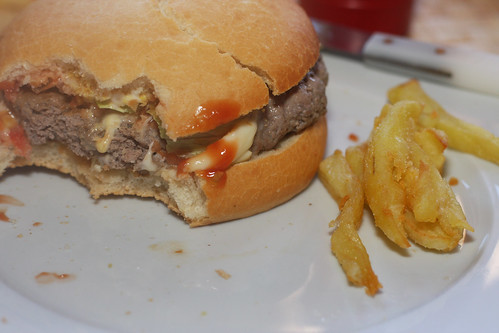 Happy Sandwich Party to all!