I've been wanting to make this particular timelapse video for a long, long time. Oddly enough, it was a Viagra commercial I saw the other day that played a candle burning in reverse (obvious imagery) that made me finally decide to do it. I used some birthday candles that we've been using for Nora's birthday parties, which, by chance, are "sparkler" candles that not only relight themselves when extinguished, but also send off sparks every so often. The camera was set to take a photograph every three seconds, so the majority of the sparks were missed, but several of them where captured. What surprised me about them was the obvious rotation of the burning projectiles, resulting in squiggly lines of fire in the photographs. Behold! 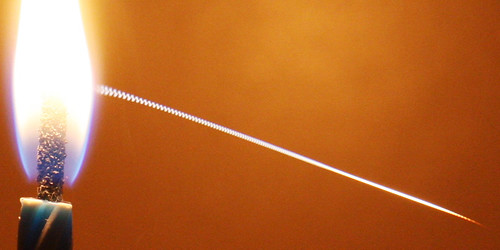 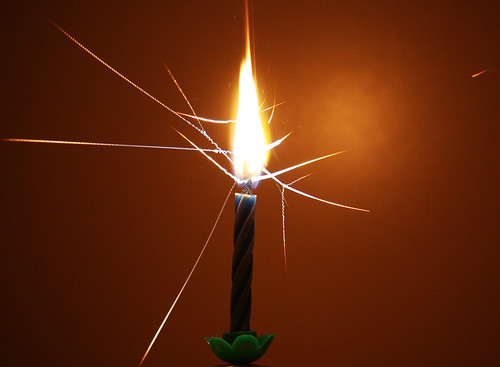 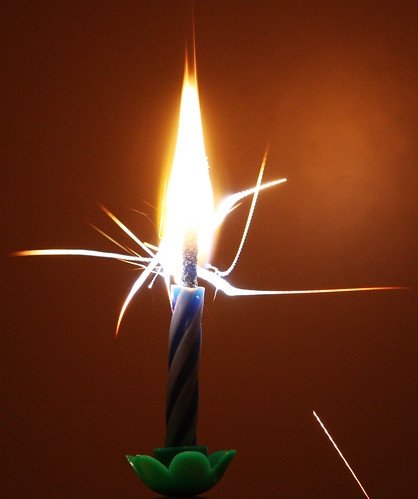 It's unclear to me how the spark on the right changed direction in mid-flight. 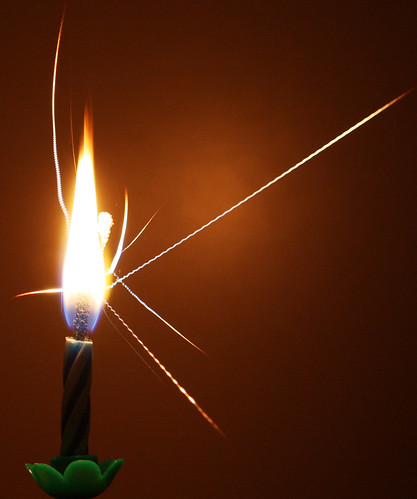 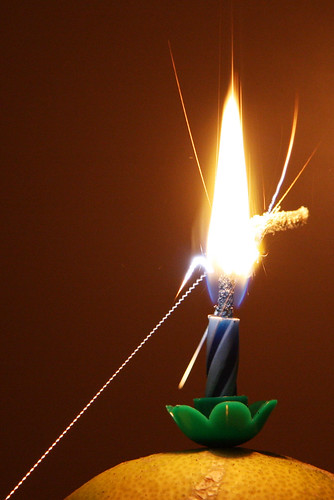 I suppose that most sparks have angular momentum like this and spiral around as they burn.