I had never really drunk much alcohol before going to Denmark as a naive 20-year-old. There in Scandinavia, I fell in love with the two main lagers available, Tuborg and Carlsberg. Upon returning to my homeland, now of legal drinking age, I sought them out, only to find no sign whatsoever of either brand. Once, shortly thereafter, I was on a business trip in Chicago when I entered a bar that had a neon Carlsberg sign. I rushed up to the bartender and asked if they really had Carlsberg, but he told me that hadn't had it for a couple years and that the sign was left over from some publicity from ten years earlier. Apparently Carlsberg had stopped exporting to the US just before I'd learned of its existence. Having cut my teeth on real European lager, I was doomed to a life of buying imported beers, disgusted by the watery domestic products. Not only that, but due to the prohibition of aluminum cans across Denmark, I also found myself unable to comfortably drink beer out of a can – which wasn't too much of a curse because the only beers sold in cans were the crappy American ones that I couldn't stand anyway.

All of this history is symbolized for me in one object, which I have taken with me to every house I have lived in for the past decade, a Carlsberg bottle opener that I bought in Copenhagen in 1999. She's a little rusty, but she'll pop a cap as fast as anything. One day our ways will part, but until then... Skí¥l! 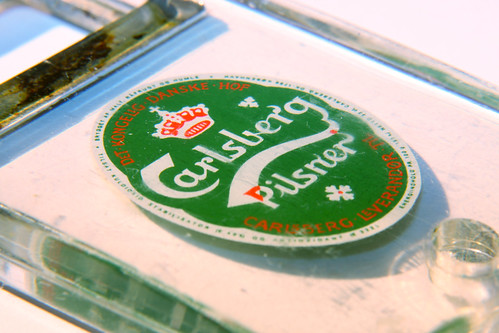