My aunt was in a movie with Johnny Depp

I don't know many details about the experience on the movie set, but a few months ago I heard that my Aunt Lynne had a part as an extra in Public Enemies, in a scene with none other than a gentleman by the name of Johnny Depp, playing the part of John Dillinger.

Excited to spot her, I "found" the first copy I could, which was a handheld camera recording from a cinema, and I couldn't make out any of the faces in the courtroom. Later I "discovered" a DVD-ripped version, and I still couldn't see her! Finally I "got a hold of" an HD version of the movie, and there she was, just as clear as could be sitting there in the back of the courtroom, with Johnny in the foreground. 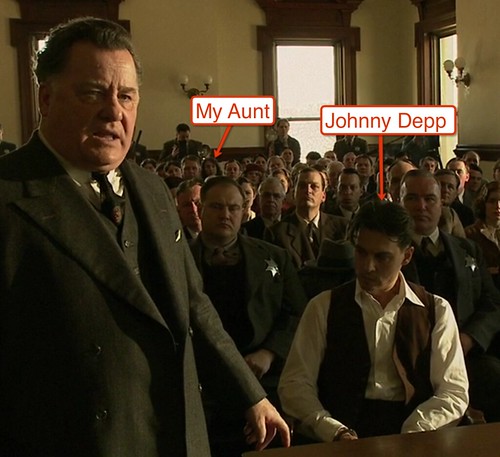 And when she's not hanging out with J.D., as she calls him, she attends her nephews' weddings. 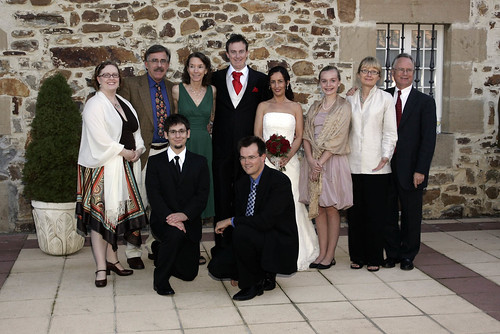 That's her under my right arm.

Of course, most importantly, this drastically reduces1 my degrees of separation from Kevin Bacon!

Oh, and the movie is pretty good, too. I recommend it.

1Actually, I did receive an email once from a guy with a Bacon Separation of 2°.

2It's actually one less if you go through Christian Stolte, who was in Novocaine with The Bacon, but I chose to go through Johnny.