by erikrasmussen, on Flickr")Recently, as I was adjusting the canopy over Nora's stroller, an object fell out and onto the ground. I picked it up and gasped! It was quite possibly the most horrible little doll thing I've ever seen. My mind reeled as to how my loving wife, who I thought I knew pretty well, could attach such an evil little doll to our child's pram. Later that night, I confronted her about it.

Her response was, "Oh my god! I've never seen that thing in my life! You brought it into this house?!" Reassured by her innocence, I began to ponder how such a thing could have happened to such a well-intentioned family. The only reasonable conclusion is that someone has put a curse on us. A dark, dark curse.

Below I present the doll thing that I found. If you have small children or pets in the room, encourage them to look away.

It's little arms are held together with a spring like a clothes pin, so it can be attached to unsuspecting victims. 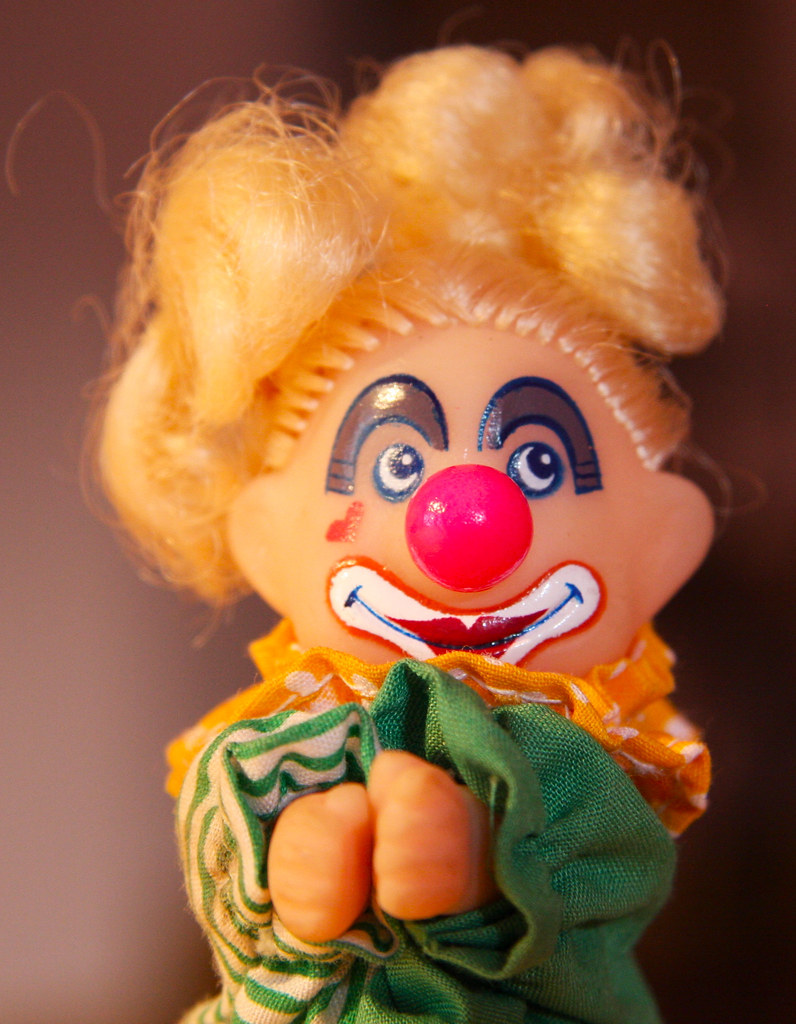 Of course another possible explanation is that it was clipped to our stroller while it was parked at Nora's daycare where there are half a dozen 4-year-olds running around with toys. But I like the curse explanation better. That way we don't have to take responsibility for anything bad that happens to us ever again.