Nora, we've recorded the size of your hands and foot again in a clay keepsake. Recently my parents sent us a new shipment of clay keepsake kits. You requested that one of them be sent to your friend, Matteo, in Brussels, and we kept the other two. Since we used one when you were three months old, we thought it would be nice to do one at six, nine, and twelve months as well. Luckily the package arrived during your six month birthday party. That weekend, we sat down to knead some clay...

Unfortunately, as you've probably figured out by the time you read this, your father is an idiot. I left the keepsake in the oven too long and totally burnt it to a crisp. 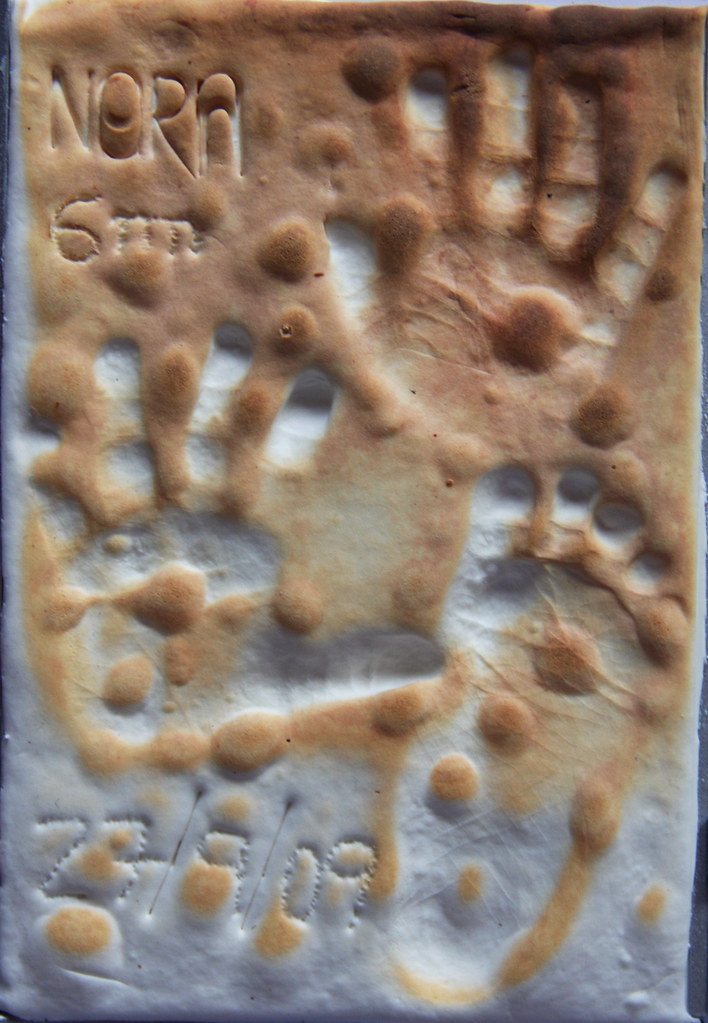 by erikrasmussen, on Flickr") I was pretty bummed out about this. We only had one left, and I really wanted to do this keepsake exactly three months after the previous one. So I opened up the other box and we did it all over again. You didn't seem to mind. We decided not to film the second attempt.

Here is the final result: 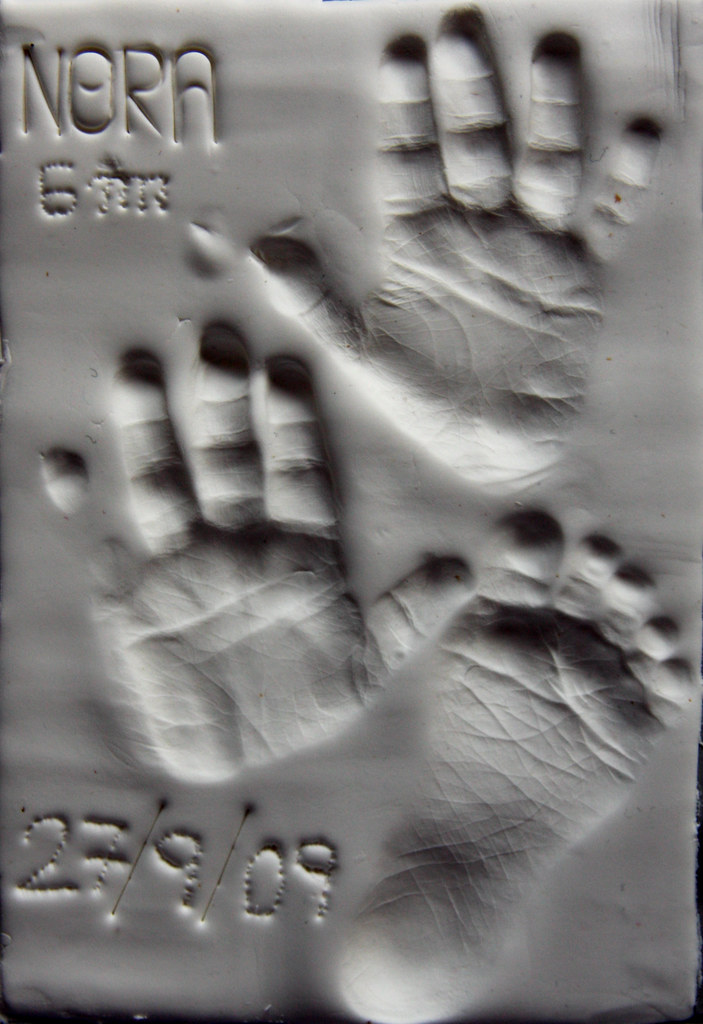