Since becoming a member of a Flickr group called Scary Beings Eating Themselves, I'm always on the lookout for such a photographic subject. Well, last Saturday in Burgos, we had a little run-in/altercation with one such scary being. Below I present the photographic evidence. Here's the little cannibal now...

Looks harmless enough to others, right? 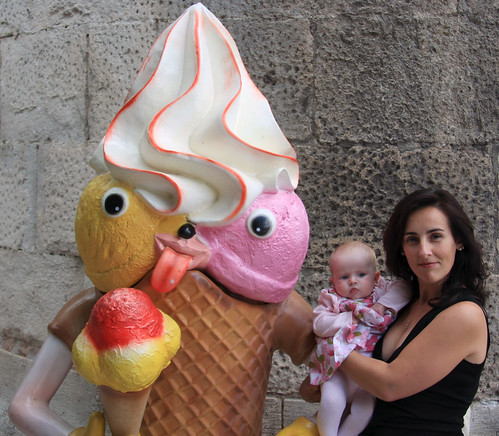 So Marga and Nora posed with him.

But then someone had the idea to put Nora up on his arm. 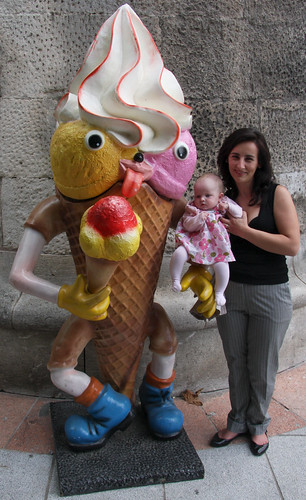 This was too close for my comfort and I called an end to the photography session and sent in the troops to lick him to death. 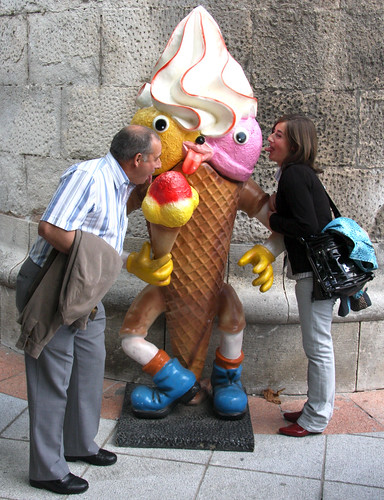 I swear that's how it happened!