On Sunday, we were in Mondragon to meet Nora's cousin Chloé for the first time. Chloé is the same relationship depth to Nora as Cousin Rodrigo. Chloé is Nora's mother's mother's brother's son's daughter. Marga and Chloé's father, Andoni, are first cousins. We went to Chloé's parents' wedding just over a year ago. Chloé's mother is French, so she will be growing up in a bilingual household like Nora. 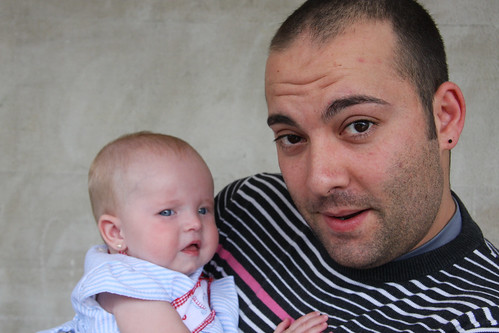 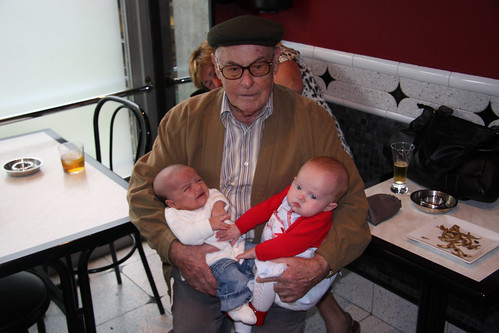 Both girls on their great-grandfather's lap. Nora keeps Chloé at arms length. Move your mouse over the photo to see Chloé's reaction. 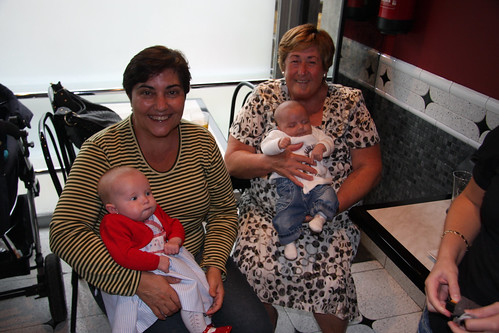 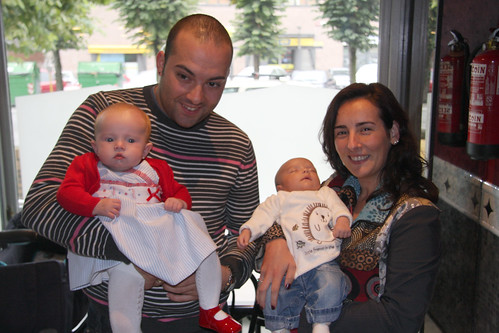 Cousins Andoni and Marga with their daughters. 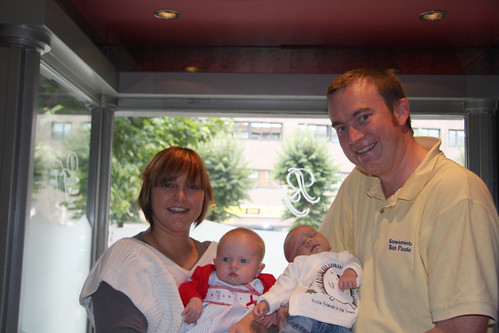 Oh no! The immigrants are reproducing!! 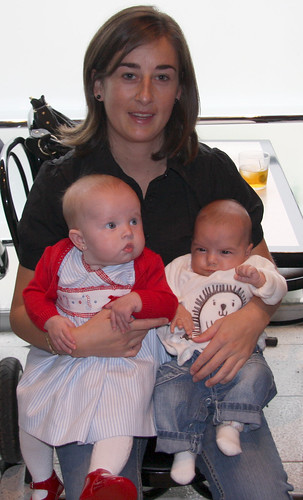 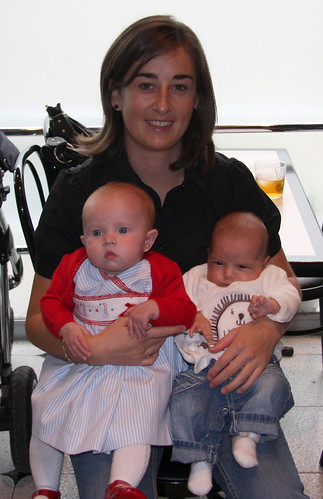 There we go! Aunt Belén with her nieces. 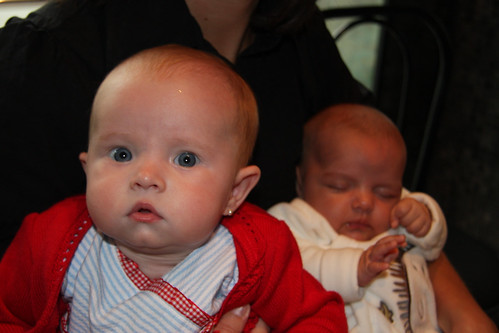 "Is that thing still behind me?? Is it still doing that bow-and-arrow thing?" 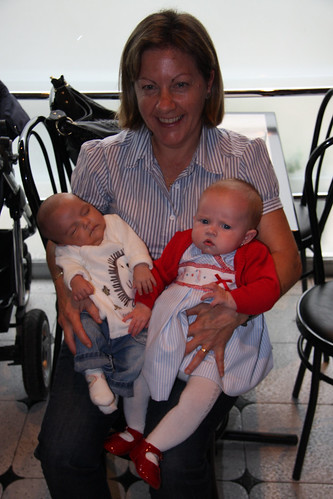 Aunt Marga gets in on the action. 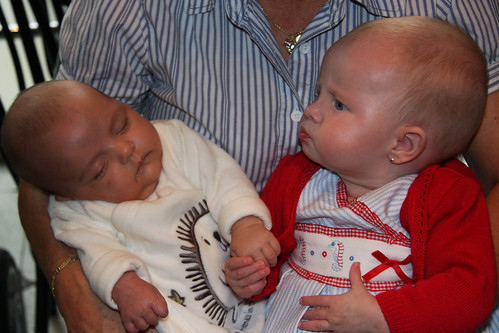 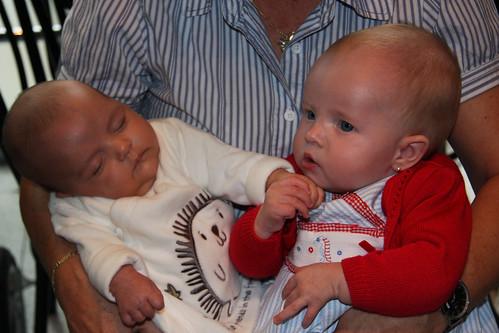 Nom nom nom! What did you think Nora would do with her cousin's hand? 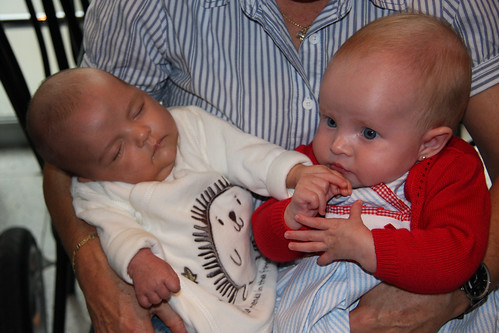 It will be fun to watch these two grow up together.