On Saturday afternoon, we took a stroll around the center of Burgos and visited the Burgos Cathedral. To get there, we had to walk a little along the Arlanzón River that runs through the center of Burgos. It was a beautiful day and a wonderful walk. I now invite you to walk along with us with this slightly picture-heavy post.

A panorama from the edge of the river. 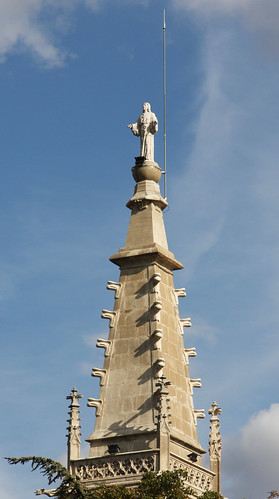 The spire from some building. Not the cathedral. 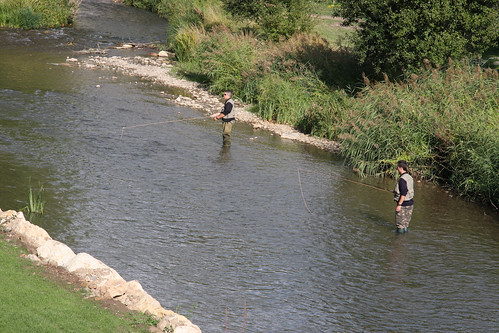 Who says you can't fly fish in the middle of a city?

A panorama of the cathedral square. After stitching there was quite a bit of fisheye distortion that I've tried to correct as best I could. 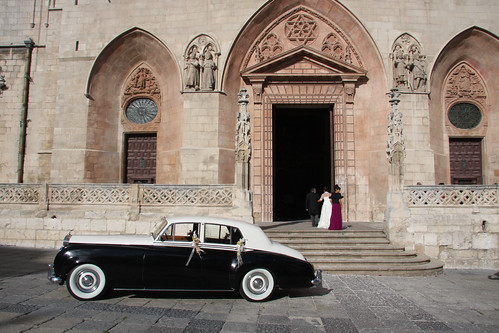 A Rolls Royce and the bride it brought, as she enters the cathedral to walk down the aisle into matrimony. 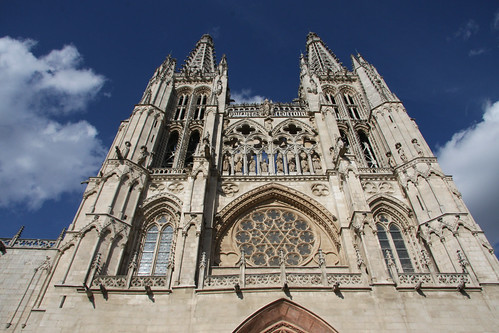 Menacing, isn't it? That's what cathedrals are designed to be. 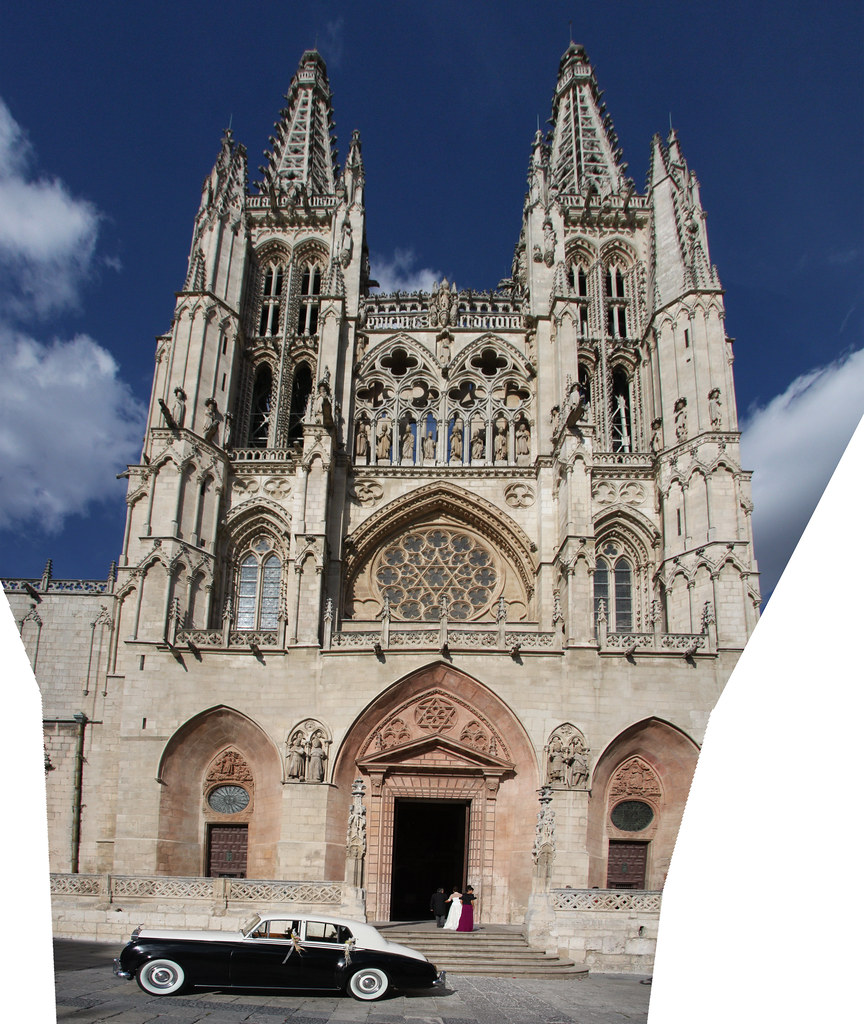 A vertical panorama containing both of the previous two images. Check out the Stars of David, with an apostle at each of the clock positions. It's not an accident that smallest number that divides evenly by the first four positive integers was chosen for both of those. 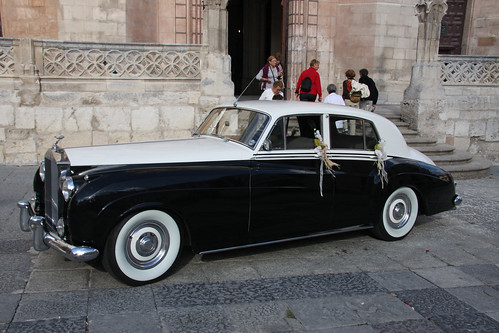 I should get one of these for my car! 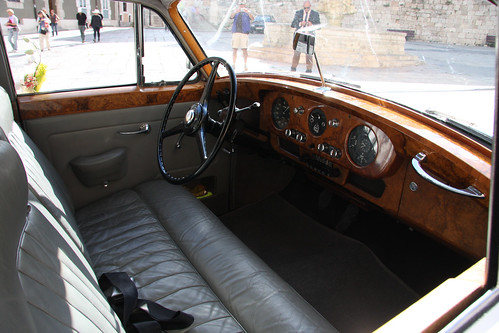 No built in GPS?? 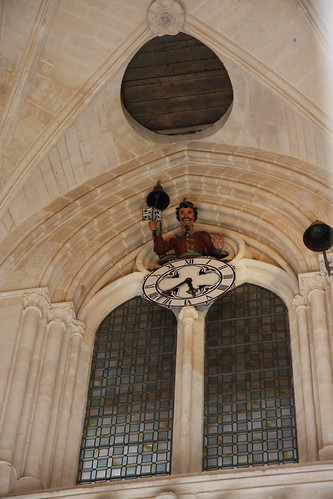 This horrible figurine looking down at the entrance inside the cathedral is called Papamoscas. It's very, very IWUS. Some middle-aged American women were gazing up at it taking photographs, and one of them said, "I'm pretty sure that's the devil himself!" Trying to be as unhelpful as possible, as usual, I leaned over to them and said, "No, that's the joker from a deck of cards." They totally believed me. The wikipedia page, unfortunately, doesn't answer any "What?" or "Why?" or "WTF?" questions, only "When?" It just says that there has been a figure there since at least the 16th century, and that the old one was replaced with the current one in the 18th century.

Oh, and did I mention that it opens its mouth with each bell strike on the hour? Thus, catching flies and earning its name, Papamoscas, which means "Fly Daddy". I was expecting more of a nutcracker kind of mouth opening, but instead it was very subtle. We waited out twenty minutes (as you could have deduced) to see it in action. I've looped two photos to show the movement in this movie: 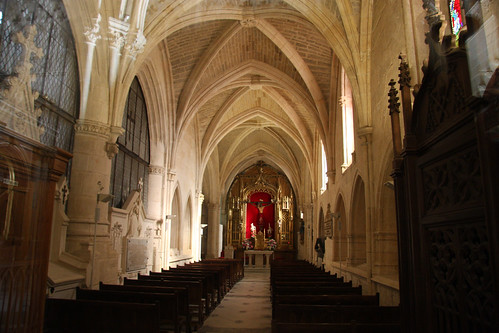 One of the side chapels in the cathedral. The wedding was going on in another one like this. 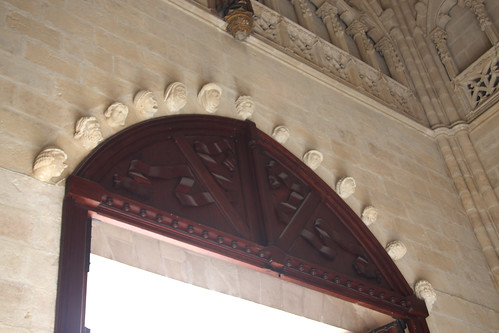 Jesse and his posse. 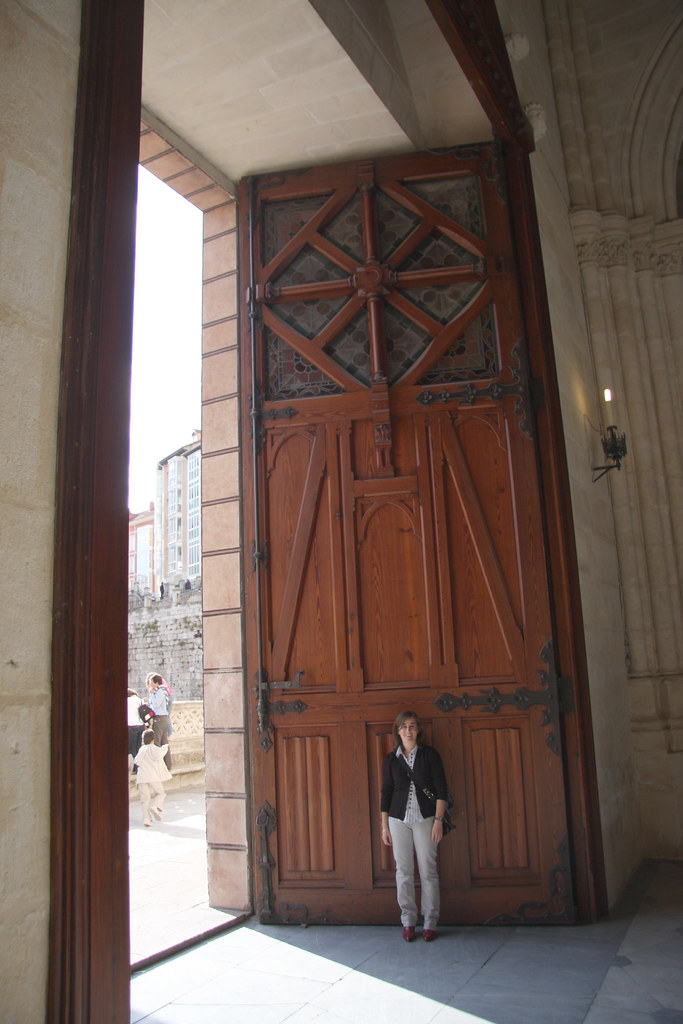 Somehow Belén got shrunken down to the size of a mouse. 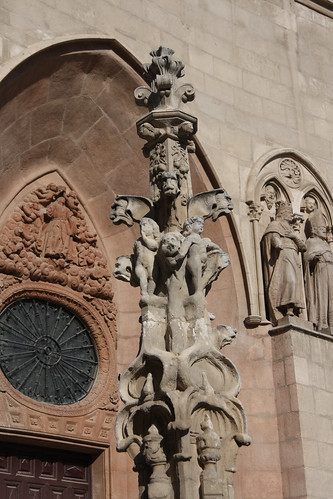 What were these sculptors thinking?? Who are they trying to scare? 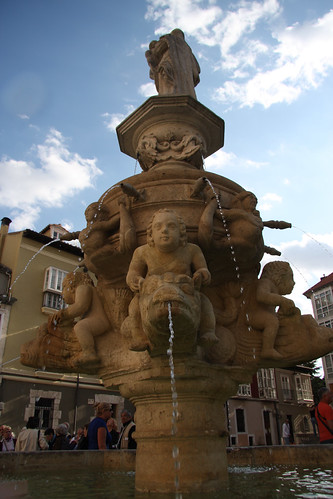 These little guys are riding on the head of spitting dragons. 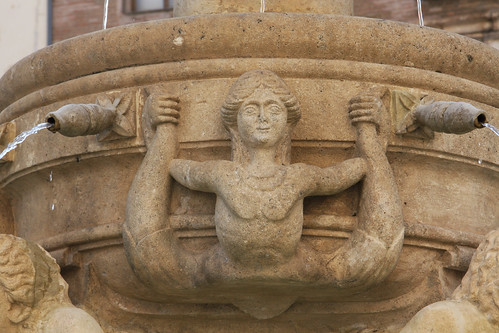 My Wii Fit doesn't have this particular yoga pose. 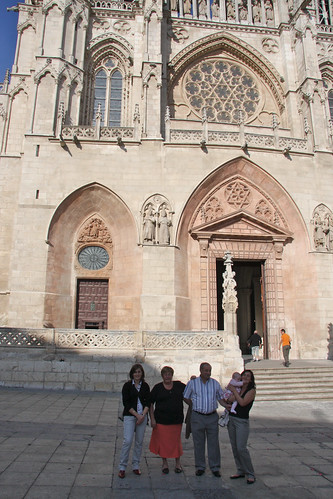 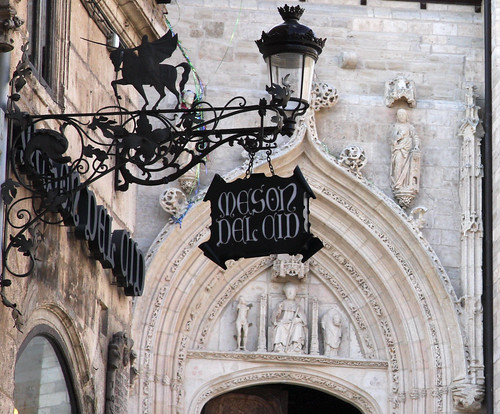 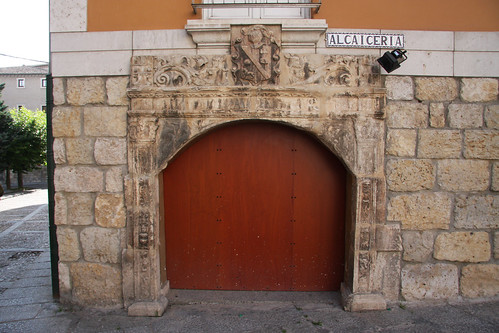 This place was a souvenir shop. 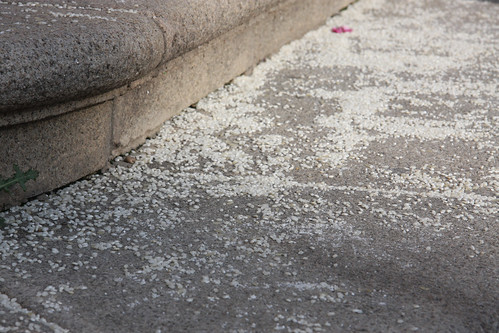 Ah, wedding rice... I think my wedding suit still has some in the pockets. 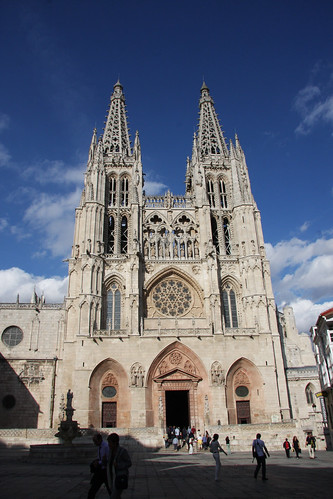 And there you have it! A big photographic Burgos Cathedral adventure! Thanks for traveling with me.