When a friend of ours who has a little vegetable farm gave us a bag of enormous gorgeous green peppers, we knew we had to try this recipe. 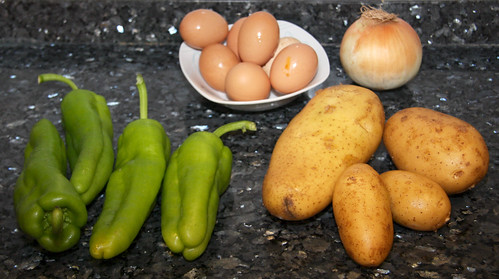 Potatoes, eggs, peppers, and optional onion. I used half of the onion, all the potatoes you see here, all the eggs, and it ended up being enough to fill seven peppers. 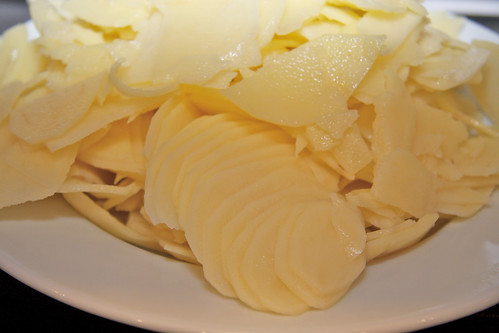 Slice the potatoes thinly. We have an adapter to our blender that lets me slice potatoes perfectly evenly like this. Without such a device, the process just takes a little more time and care to do with a knife. 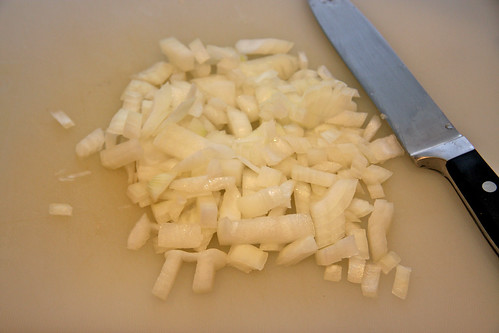 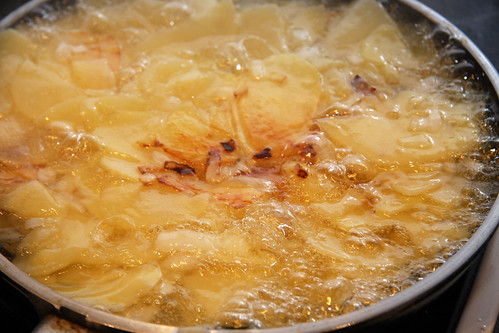 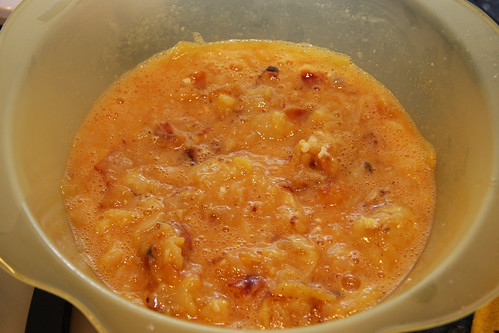 Remove the potatoes from the oil (I use a colander with a bowl underneath to collect the oil) and add all the eggs. Getting the right egg-to-potato ratio can be tricky.

I made too much potatoes and eggs for the dinner with my wife, but this stuff keeps well in the fridge for a couple of days. 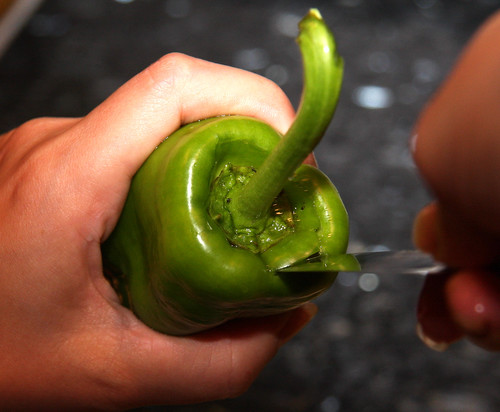 Remove the stems and seeds from the pepper, while leaving the body intact. 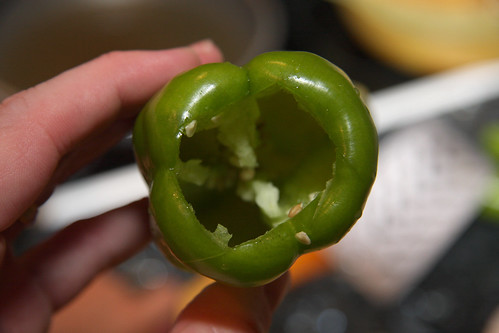 It should look like this. Now simply spoon in the potato and egg mix. 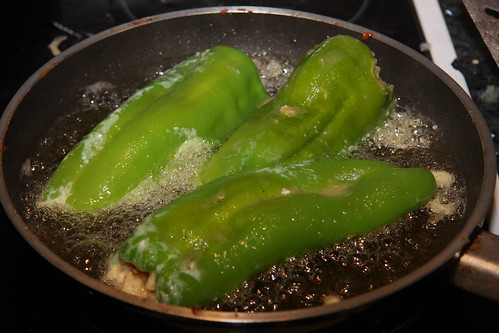 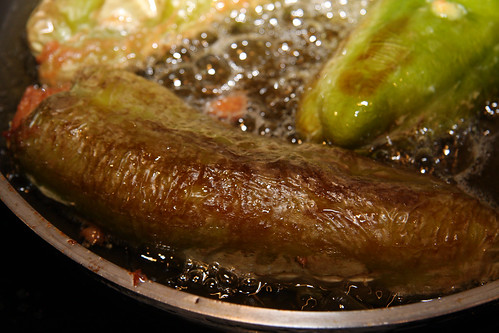 Flipped over after underside is cooked. Peppers take a good long time to cook, so 20-30 minutes is not an unreasonable amount of time for them to be in the oil. Just don't let them get completely black. 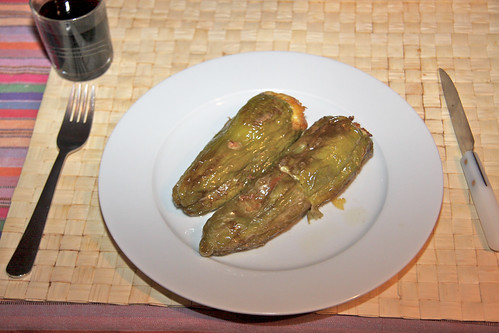 Serve with wine, of course. 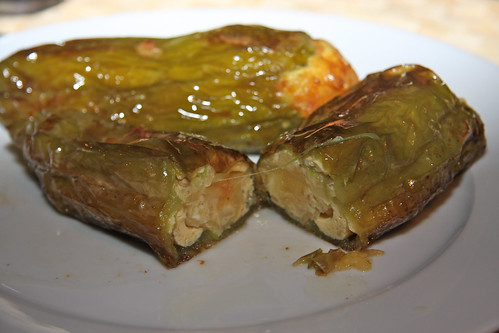 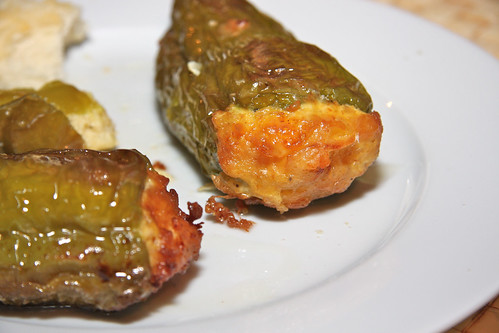 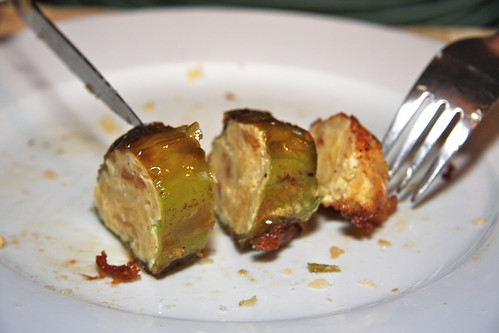 Before you know it, they'll disappear!

In the end, the conclusion that my wife and I drew about this recipe was that the taste isn't any better than just a regular tortilla with the peppers cooked inside it, and this is considerably more work (twice the frying time). It is, however, a clever gimmick to do for dinner parties. It's novel, which will please your guests, but it's not worth the effort if you're just making dinner for yourself.