Every year in the harbor of Colindres, they hold a Carrera de Artefactos Navegables, which translates to "Sailable Artifacts Race". Basically they race handmade contraptions that float, very often involving plastic barrels normally used in the salting process of the town's anchovy industry. Rowing is a big sport in northern Spain, dating back hundreds of years when fishermen rowed out to see to hunt whales. This race puts sort of a comical twist on the sport.

We saw the event the first year that we lived here, missed two years, and then went again this year. I'm always blown away by the creativity and detail of the designs, which are only meant to float and impress for about an hour. Prizes are awarded for creativity and originality as well as speed around the course, with various different categories, depending on the number of occupants the craft can hold. Below are some photos I took of the participants in 2009, and a high definition video that should give you an idea of the fun of watching the event. 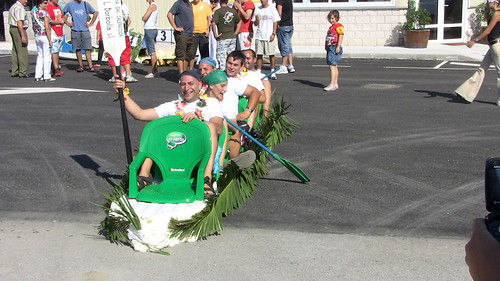 This team just has some legless Heineken bar chairs nailed to some styrofoam. 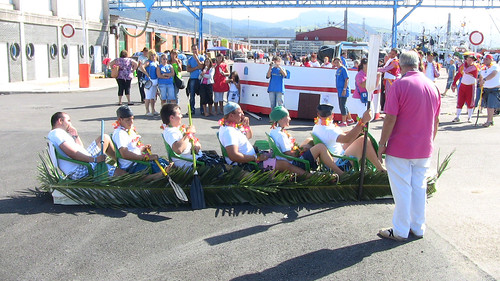 These guys look good posing for pictures on solid land. As you'll see in the video, things didn't go so well once they hit the water. 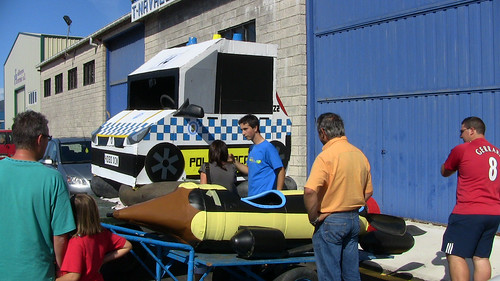 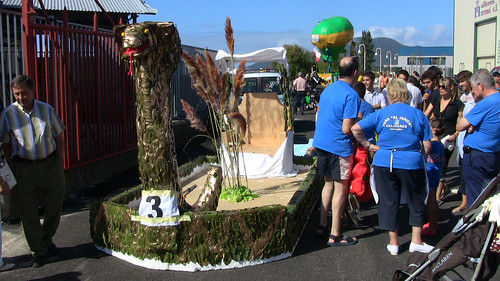 Some sort of Egyptian (or Roman?) sea monster with throne. 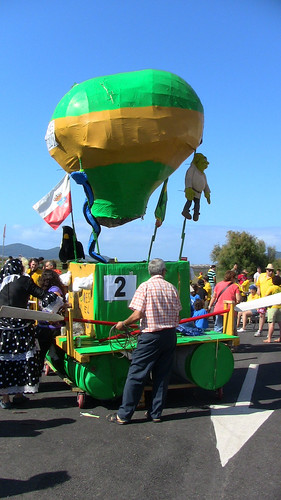 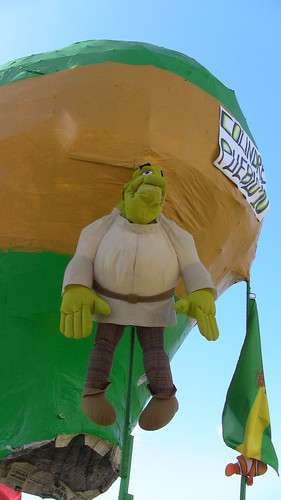 Looks like Shrek got hit with an ugly stick. 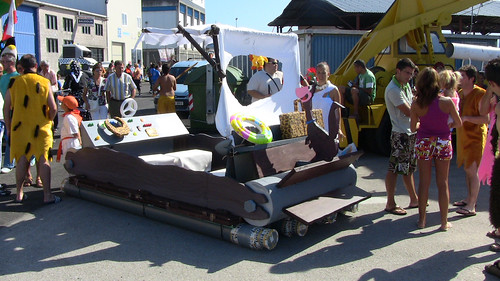 This Flintstones car was my favorite design. 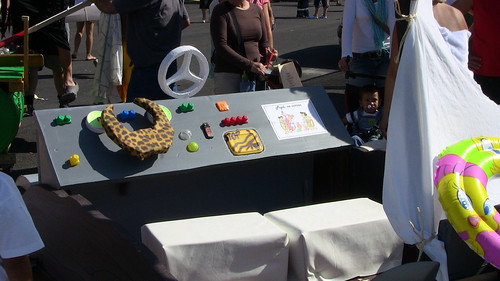 I love the detail of the dashboard. It's a Mercedes, apparently.

Fred prepares for the race. 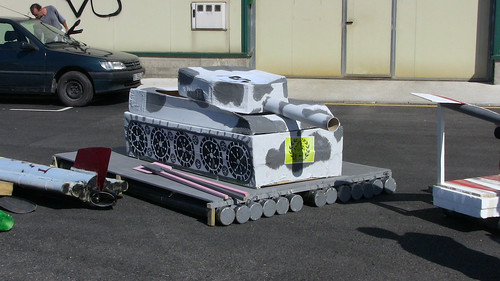 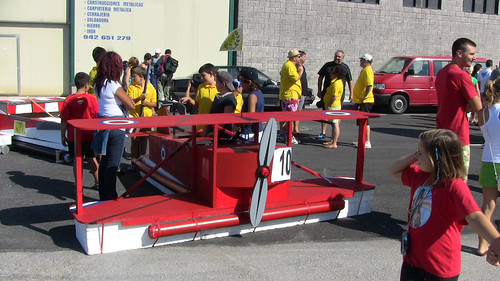 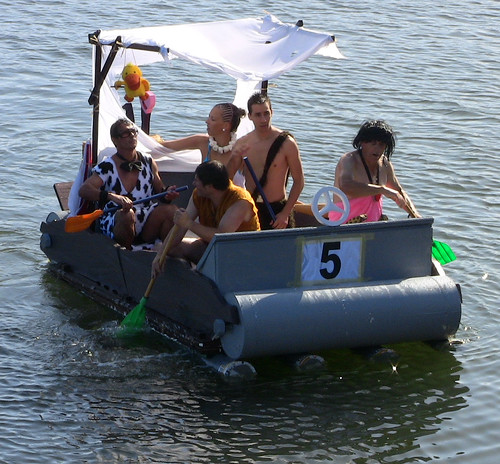 The Flintstones out on the water. 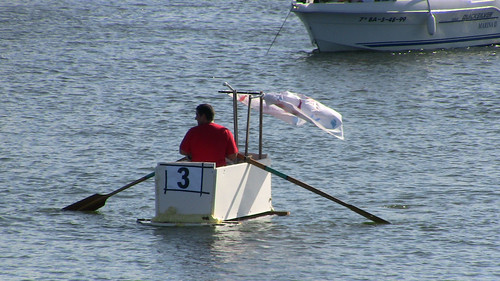 A bathtub with shower curtain sail. 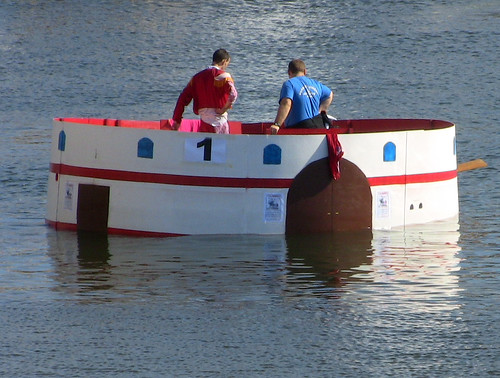 by erikrasmussen, on Flickr") My second favorite was this bullring, complete with its occupants dressed as bullfighters, except one, who was wearing a bull suit. 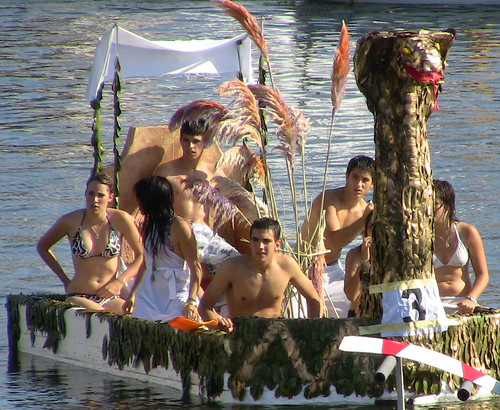 The Egypto-Roman king and his court of bikini-clad subjects. 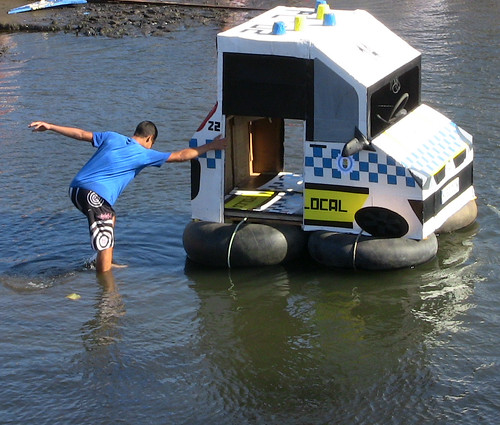 The police car never did finish the race because the wind got a hold of it and blew it to the other side of the harbor. There was nothing the two rowers inside could do.

Fred swam to shore on an important mission: to get beer. 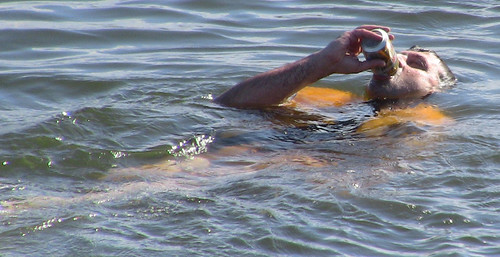 The video is a little long, but I still find it entertaining. I think that next year I'm going to try a single wide angle timelapse shot of the event. That could be cool.

I never cease to be amazed at the quantity of planned activities that my small town manages to organize every year. People really put a lot of hard work into these events, and they brighten the lives of all the residents. Bravo, Colindres!