US Mailbox in Spain

On a recent walk around town with my wife and daughter, we were walking by a house we've walked by dozens of times (only dozens because it's not our on our normal route), and I stopped dead in my tracks. There was nothing unique about the object I had spotted; I have seen thousands of them before. But the location of the object on the planet was extraordinary. There is a house in Colindres, Spain, with a US Mail postal box.

At the time, I didn't have my camera with me, so I've since made two trips past the house to acquire the photos you see below. First of all, almost no one in Spain has what an American would call a "house", with a driveway and fence and yard. We all live in apartments, even in small towns. The reasons for this are historical, geographical, and cultural. Spain's past involves the citizens living inside the towns' fortified walls and farming outside of town. America's past involves everyone spreading out, claiming a chunk of land to farm, and building their house in the middle of it. When you crank up the population density, you get Spaniards living in tall apartment blocks, and Americans in suburbia mowing their "farm land" around their house.

In the Spanish countryside, however, you do see the American format of a big family farmhouse surrounded by large plots of land. And on the outskirts of Spanish towns, you can find American suburbia-style houses with driveways and yards, but I want to emphasize that this is very, very rare, and almost no one A) has the money to afford such a house, or B) would choose to live even a 10 minute walk away from town. When the pros and cons balance out, humans stick to "the way we've always done it".

The point I'm getting around to is that, because we all live in apartments, there is almost never a need in Spain for a standalone mailbox that a US mailbox could be used for. 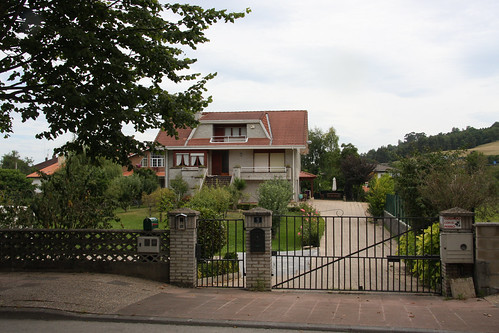 The house with the mailbox. Pretty different architecture from American suburbia, huh? Can you see the mailbox? 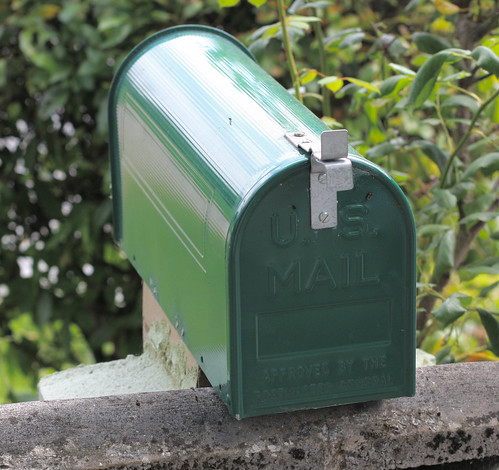 It actually says, "U.S. MAIL, Approved by the Postmaster General" on it! 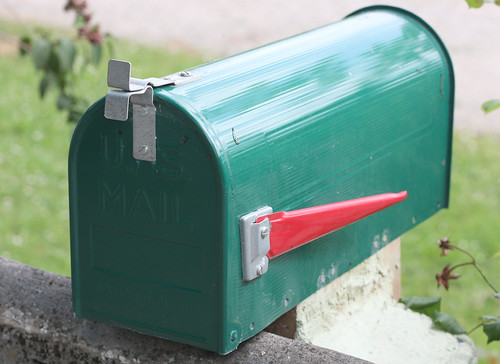 Complete with hinged "flag". For non-Americans, you put the flag up to tell the postman that you have left an outgoing letter in the mailbox for him to pick up and send on its way. This is so he knows to open your mailbox and get the letter even if he has nothing for you.

I can only assume that these people have some fascination with American culture and decided to buy this enormous souvenir when on a trip to the US. Either that or they ordered it mail order. Get it? Mail order? Is that even possible?