In Spanish, It's Not Your Fault 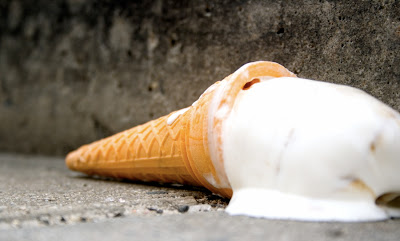 Recently my blogrollmate, Sharon, pointed me to this fascinating article, which you should read all the way through, entitled How Does Language Shape The Way We Think?. It highlights something I've noticed in my lingual trek into Spanish: that to properly speak another language, you must change the way you see the world. Because of the organic way that languages have formed, the constructs of various languages inherently contain extra information that is missing from other languages, information that is not thought about by non-speakers. It's mastering these new understanding of the world around you that are the hardest part of learning another language. The obvious verbal example in going from English to Spanish is that, in Spanish, there are two different forms of the verb "to be". Which you use depends on how permanent the state of being is. The phrases "I am tall" and "I am hungry" use the same verb in English, but not in Spanish. This dichotomy is very tricky for English speakers learning Spanish.

Conversely one of the hardest parts of speaking English for native Spanish speakers is how English pronouns must agree with the gender of the subject. "Bob fell and broke his arm." In Spanish that possessive pronoun is ambiguous, like "its", because it's obvious who the arm belonged to. To speak proper English, your brain has to be aware of and providing this extra bit of information. This is very tricky for Spanish speakers.

It's Not Your Fault

One of my favorite idiosyncrasies of Spanish grammar is how often it sounds like the speaker is not in control of the situation, or not at fault.

This translates, maintaining the Spanish grammar, to something like: "I was washing the dishes and a plate broke to/for me." You don't say, "I broke a plate," you were just there when the plate got broken. Not only that, but the plate broke itself specifically for you!

This is how you say that you dropped something. It translates back to, "The camera fell to/for me." There's no verb for "to drop", in Spanish. You say that the object fell, but that it happened to you.

"The keys have lost themselves." I didn't lose the keys. They did it to themselves.

"The plant you gave me has died on me." I didn't kill it! And it didn't just die, it died for me.

And the last one is my favorite...

"I don't like you." One of the first phrases you learn in first-year Spanish is to express your preferences, your likes and dislikes. "Me gusta correr," if you like to run. "No me gustan las patatas," if you don't like potatoes. Notice that the verb conjugation changed there because "potatoes" is plural. This throws students off because they still think of themselves as the subject of the sentence doing the liking, but it's the other way around. The verb gustar translates closest to "to please". Instead of thinking "I like to run", to speak Spanish, you have to rephrase it to, "Running pleases me." There simply isn't a verb in Spanish for "liking" something. In Spanish, you are not in charge of what you like or dislike. I like this this pleases me a lot. I want to like you, but you just don't please me. It's not my fault!

See what I mean about how you must change how you see the world to learn a foreign language?

This post has been cross-posted at one of my favorite blogs about learning Spanish, Voices en Español. I'm honored that I could contribute.