The other day when we were out and about in nearby Laredo, I saw a previously unseen contraption. A milk vending machine, right there out on the street corner. A testimonial of a friend told us that it's the "good fresh kind" of milk that hasn't undergone UHT processing. According to that Wikipedia page, 95.7% of the milk consumed in Spain is UHT. Despite UHT giving milk a nine-month shelf-life, the wary doubtful Americans are afraid to buy it since it's not delivered under refrigeration (which is the whole point of the process, anyway!). It's a little like not buying an automobile because it doesn't have horses pulling it. From what I can tell, the process goes like this:

Pretty weird. The photos are close and cropped because there was a crowd of curious onlookers around the machine. 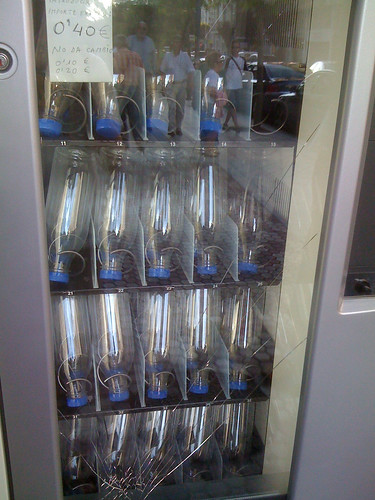 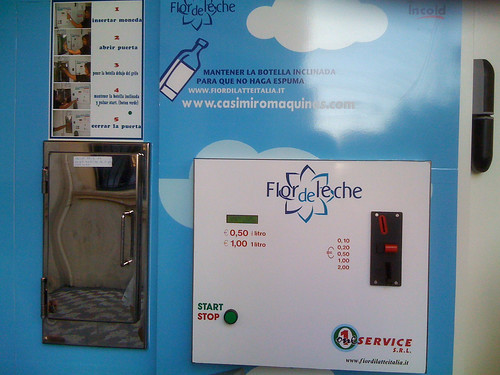