Today was the chupinazo, the big party and celebration that marks the beginning of the week-long San Fermin festival in Pamplona, Spain. Marga and I have been to San Fermin twice, and we are fans of the festival. The chupinazo is also important to us because, exactly one year ago today, on July 6, 2008, right around noon, the two gametes, each containing half of my daughter's DNA, fused together to form the strand of DNA that has guided the creation of a new human being. It's amazing what that little cell turned into in only one year. So today, at noon, we gathered around the television to watch the chupinazo. It really is quite a spectacle and is broadcast across Spain live every year. Thousands of young people gather in the town hall square of Pamplona to spray each other with wine and champagne. This video should give you some idea of what it's like: 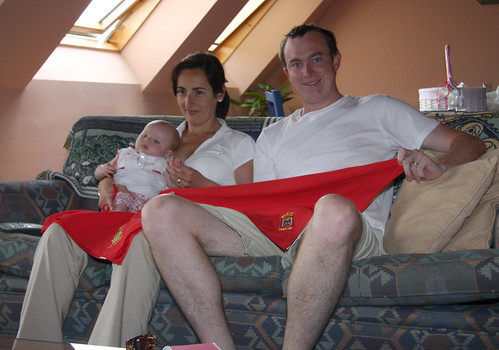 Until the firecracker goes off at twelve, noon, no one is allowed to put on their scarf. The scarf symbolizes that you have stopped work ("taken off your watch", as a news reporter put it today) and are partying for the week. Then, at the closing ceremony, everyone takes off their scarves and shouldn't put them back on until the chupinazo the following year.

Oh, and you're supposed to wear only red and white. 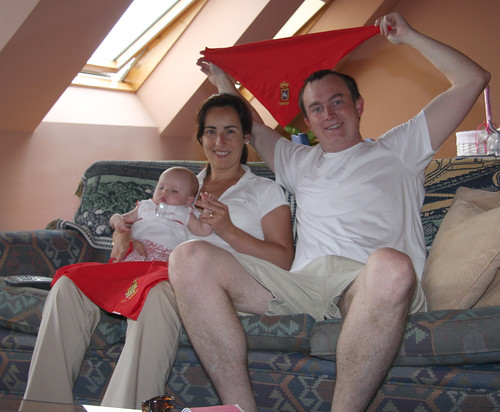 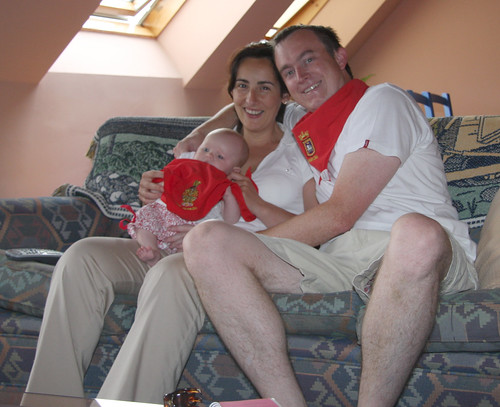 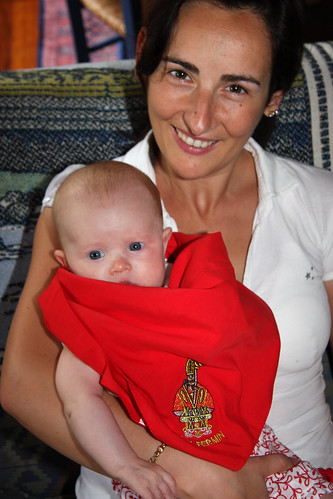 I don't think she comprehends the significance of the date. 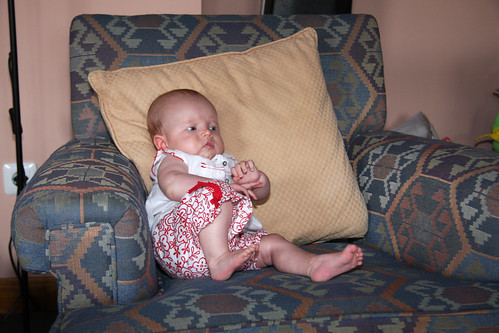 After the festivities began, we propped her up and let her watch a bit more. She loves the boob tube, she does! 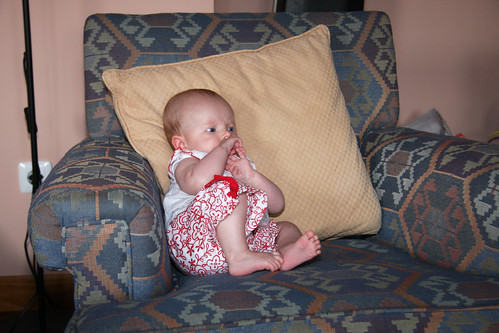