Since moving abroad, I have begun a family tradition of eating hamburgers on the fourth of July as sort of a homage to my homeland. To Europeans, the hamburger is the quintessential American food. Like all stereotypes, this one is also false. I suspect that if you surveyed random Americans, less than 20% would name hamburgers as being "the most American food". But I make a damn good burger, and I don't mind feeding the stereotype a little bit.

Like last year, we invited some friends over for a little hamburgerfest. 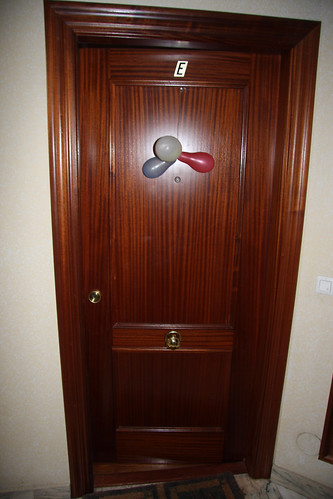 Every good party needs some balloons announcing it both to invitees and non-invitees. This photo of our knobless front door may also serve as a visual aid for my previous post. 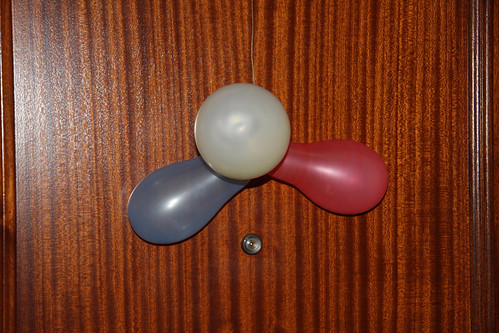 Although also the colors of the French and Russian flags (two countries that red-state Americans can't stand), we had to go with the old red, white, and blue. Sacrebleu! If they didn't align horizontally to make the French flag! Euroballoons, whatcha gonna do? 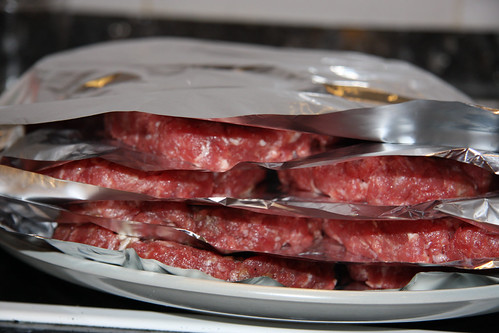 Mixed with my special blend of spices, I made the burgers into patties in the early afternoon and let them sit in the fridge for several hours before cooking.

When I make hamburgers for Marga and myself, I normally buy 400 grams of ground beef and make three burgers. One for Marga and two for the chef. So with a total of 5 couples at the party, I figured I'd make 15 + 1 burgers (2.5 kg), just to be safe. This turned out to be a mistake as I ended up only getting one burger myself. Next year it's two per person. 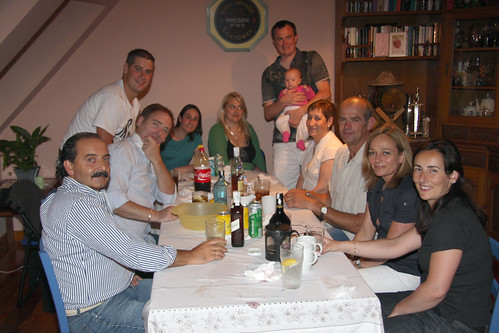 We tried twice to put Nora to bed during the party, but she was having none of it, so she spent the party lying down on the floor (her most favoritist activity!) in the living room kicking excitedly to salsa music.

See the Clay Keepsake on the shelf behind us? 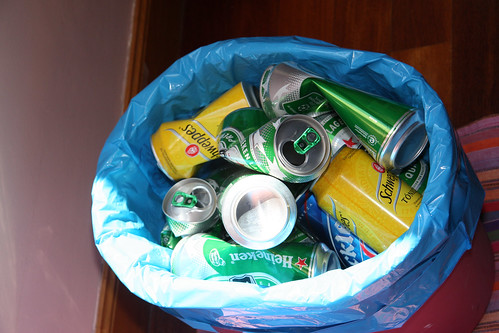 The can bin, the morning after.

It was a good party. With the exception of a slight miscalculation on burgers, and Marga's failed first attempt at a tiramisu, the party was a great success.