A friend of my parents gave us a "clay keepsake" gift. I had never heard of such a thing, but the value was immediately obvious to someone who has photographed his infant daughter's body with a quarter for scale. The idea is that you flatten out some "clay" (really some kind of space-age polymer), press your kid's hands into it, place it in the oven (the clay, not the kid), and what you get is a keepsake that will let you remember the size of your child's hands at the time of the molding. Including the 15 minutes in the oven, the box announced that the whole process "takes only 20 minutes from start to finish!" Yeah, right... The following timelapse video records and hour of arts and crafts time. It's pretty hilarious to me, especially when Nora's cries come out like little mouse squeaks. 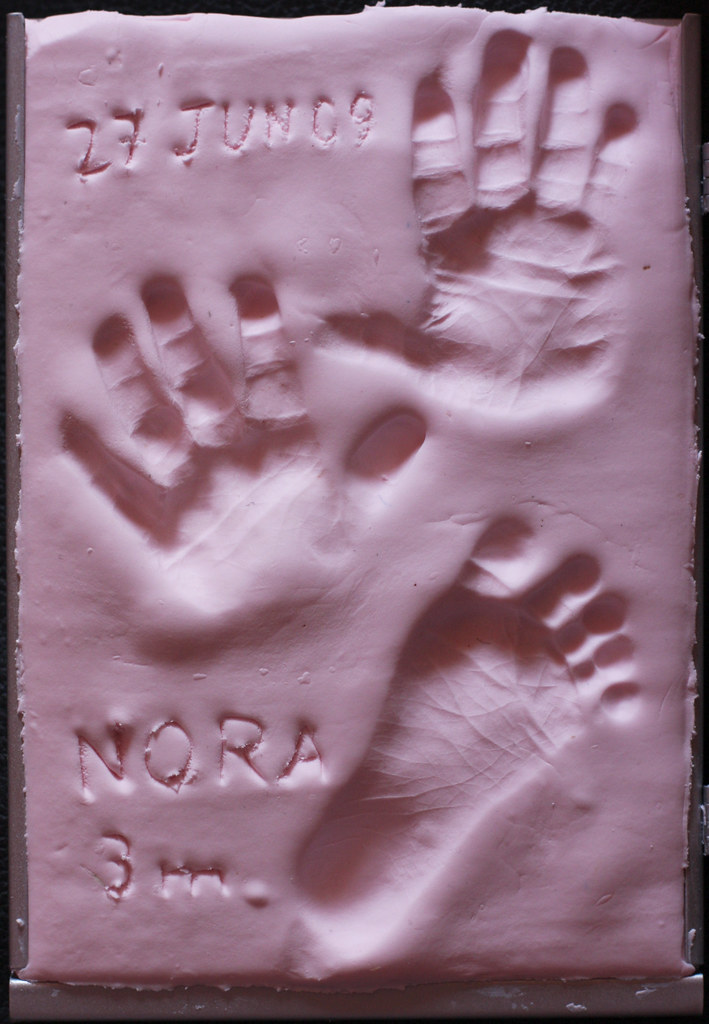 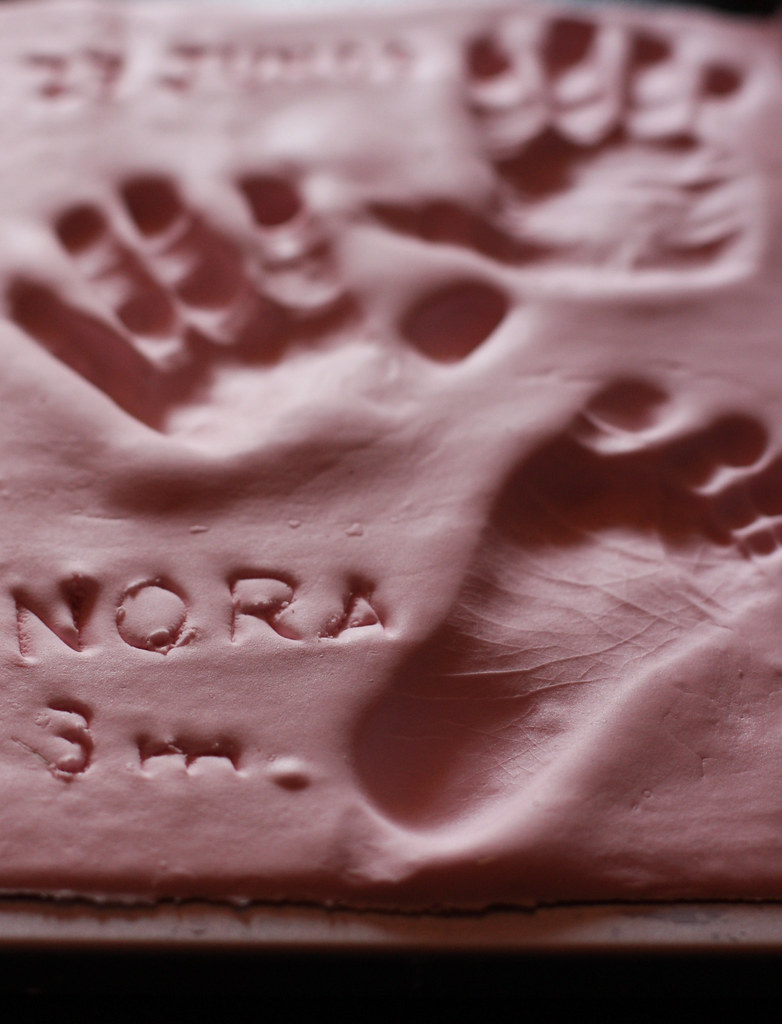 Fun with depth of field. 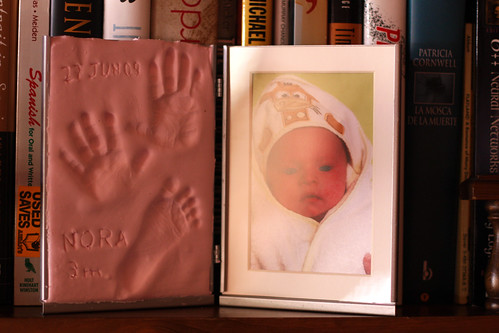 The final result. On the box, they show a photo with the kid's two hands out of frame towards the clay. Since we don't have a photo like that, nor can I imagine posing her that way, I put in a giraffe shot.