Today is a big day. First of all, it's Saint John's Day (San Juan), which is a holiday in many, many Spanish towns and cities, including León, Mondragón and Colindres. San Juan is a thinly veiled pagan solstice celebration including local witch-burning bonfires. So all the shops are closed and everyone (except me) is off work today.

Secondly, later today there will be a fíºtbol match between Spain and the United States of America. I plan on taking my miniature American flag to a local bar to get ridiculed. Nora, being half-Spanish and half-American, will have allegiance issues. I've already made a bet for a beer with a friend, and he gave me a one-goal spread. Sounds expected to leave my mouth this afternoon: USA! USA! USA! Awwww...

Thirdly, Nora turned three months old today. Naturally we had another party. This time she was fully awake, but no where near fully aware. At her three-month checkup the other day she was only at the 10th percentile of weight. This means she needs to start eating more or risk getting beaten up by the other kids on the playground. 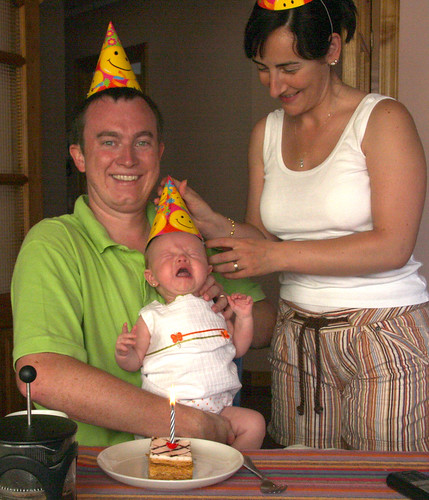 The party did not start well. 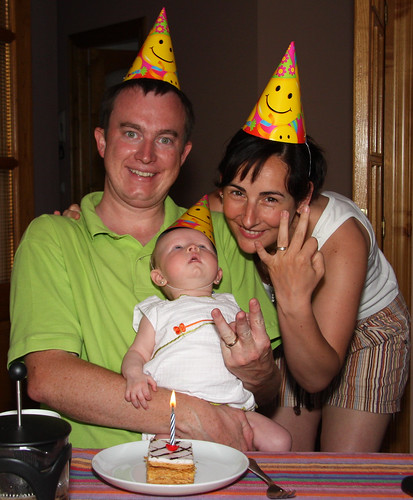 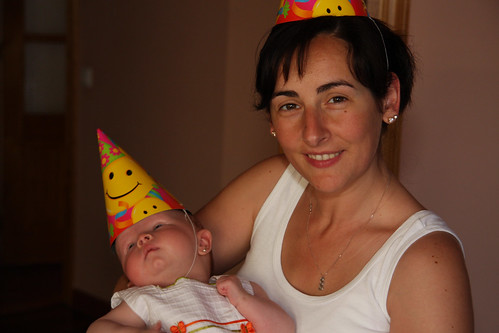 Marga tans quicker than Nora or I. 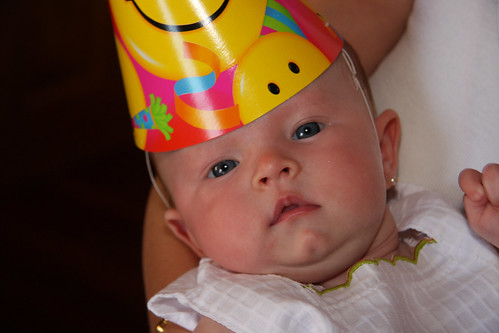 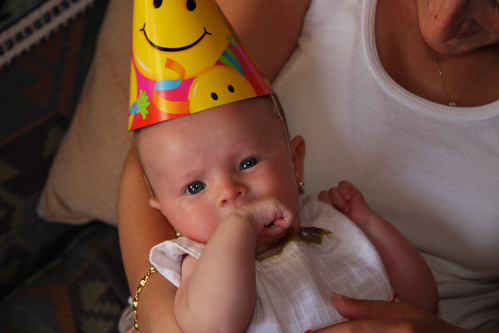 The old wrist suck. I was proficient at this maneuver at her age as well. 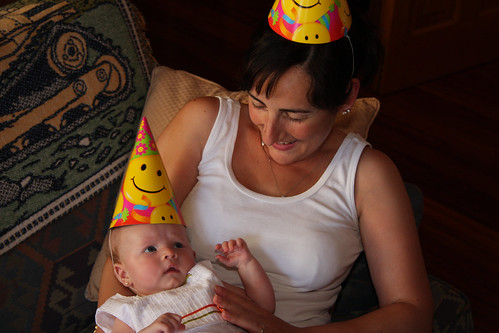 "Mommy, what's that on your head?" 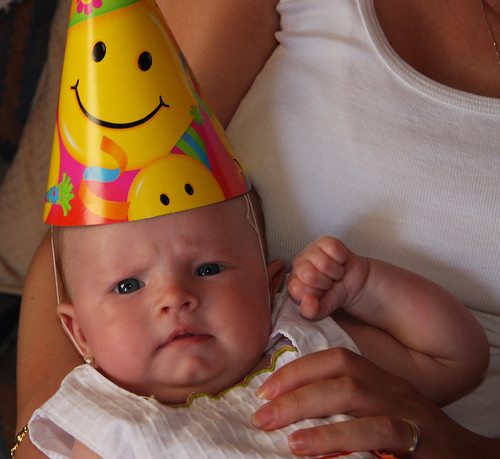 If you don't get that camera out of my face, this fist will!