My wife went to the grocery store today and was given, as a promotional gift from Kellogg's, two XBOX video game systems. These video games might have held my attention as a 6-year-old in 1984, although they are worse than a simple space invaders game I had on my watch at the time. The instructions seem to be in German, French, Italian, and perhaps Dutch, so, with my understanding of English and Spanish, I can more or less get the gist of what the games are about. The Spaceship Blaster game is a horrible, horrible, horrible attempt at the Asteroids genre, with a simple spin wheel and a trigger. The Disco Mania game is a lame, lame, lame implementation of the Dance Dance Revolution genre, in which you must match your virtual dancer's moves to that of another on the screen. The graphics are that old type where they aren't even pixels drawn on the screen, but they are various immovable sprites that are lit up in sequence to simulate a moving object.

I am completely awestruck that anyone would be putting a good battery into such a piece of shit in 2009. There is absolutely no way that any child born since 1980 would find these things the least bit amusing. And the XBOX branding?? WTF?? 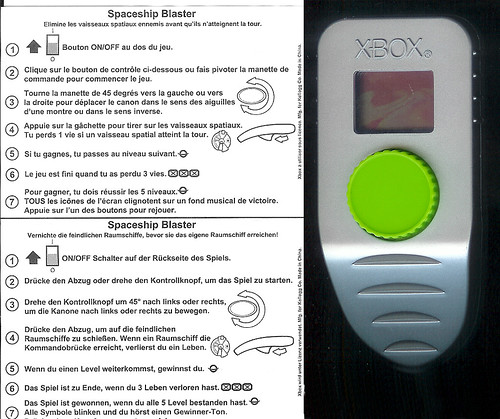 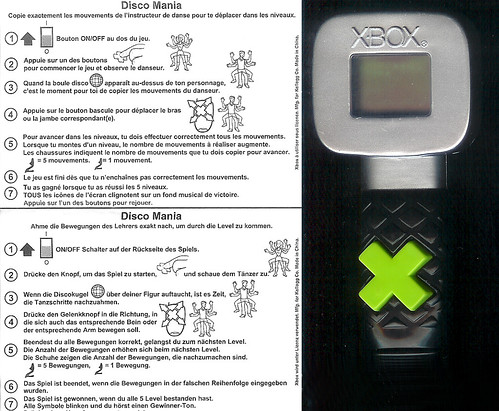 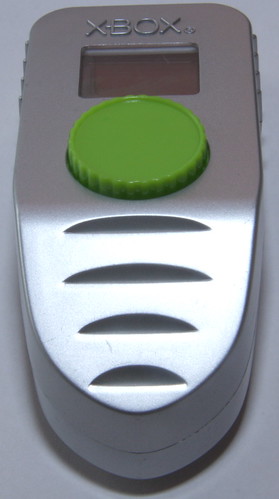 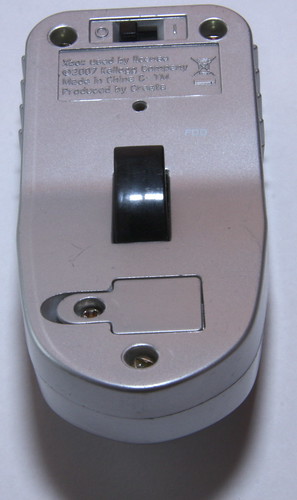 Spaceship Blaster back, with trigger button. Notice the "Xbox used by license" text. I suppose Microsoft wasn't concerned about anyone confusing the two. 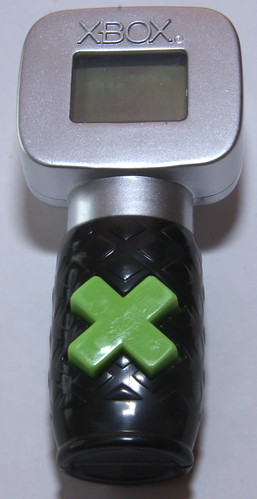 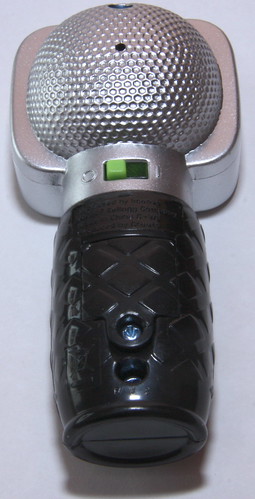 Disco Mania back. Yes, that's supposed to be a disco ball. [forehead slap!]

OMG! A quick google search showed me that Microsoft is actually responsible for this and willingly let their brand name be used for this Kellogg's promotion.

Spaceship Blaster - Eliminate the enemy spaceships before they reach you Motorcycle Madness - Avoid or eliminate oncoming traffic to move up a level and win Disco Mania - Copy the dance instructor's moves to move through the levels Robo Blast - Capture the robots before they escape Mystic Castle - Navigate through the castle, collecting gems and defeating enemies

Put the fun of XboxÂ® mini games right in the palm of your hand!