Nora, yesterday we received a package from your Rasmussen grandparents. In it were a few toys, some bedtime story books, a lovely blanket, and, at your three week birthday, your initiation into Apple Geekdom: an iPod Shuffle. I had never seen one of the new talking Shuffles, so I was rather perplexed by the earring-box-sized plastic box with an Apple logo on it. The card with it said, "Tell Daddy to load this with some good tunes." Once again, I am awestruck by the sheer aesthetic beauty of Apple's products. This thing, like it's new owner, is absolutely adorable! It's smaller than either of my two USB pen drives and weighs so little that you can't tell at all when it's clipped to your clothing. I plugged it in and loaded it with some songs from your jazzy namesake, Norah Jones. That's when I made the mistake of telling your mother to put the earphones on and listen. She immediately fell in love with the device (and she's not nearly as device-geeky as your old man) and declared herself the keeper of the device until you were old enough to use it. Sorry about that. 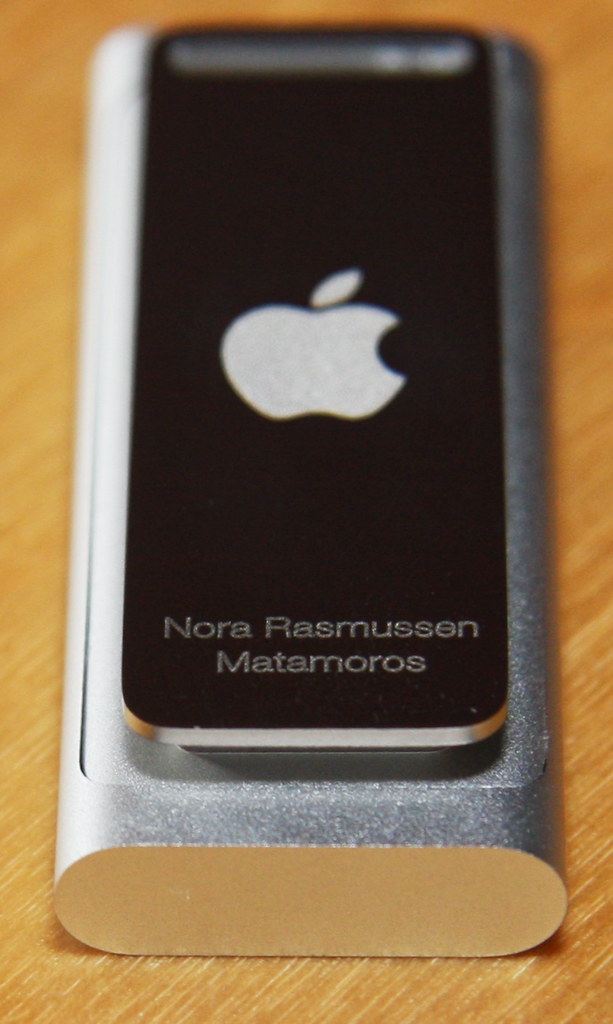 It was your mother who, much to her greedy disappointment, first noticed the engraving. 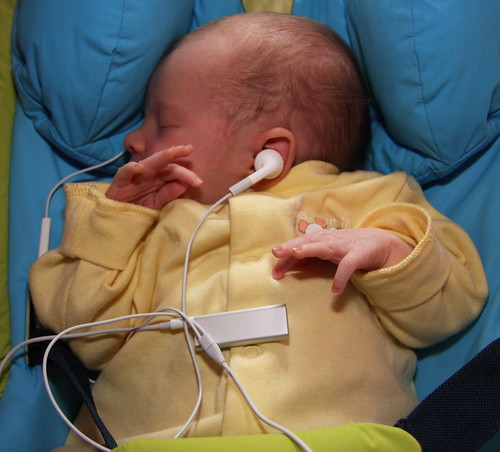 Obviously this shot was obligatory. The little ear buds don't come close to fitting in her ears. But your air piano is impressive!

And from there, how could I not do this: 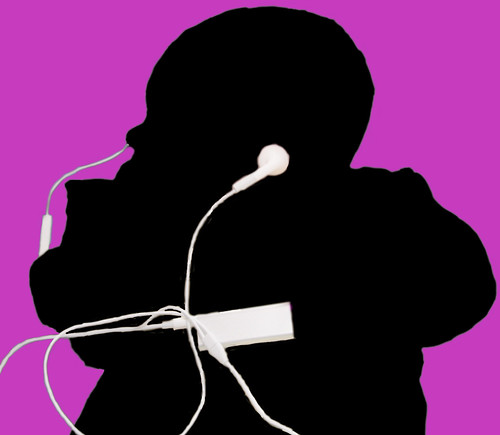 iNora. It's unfortunate that it looks like the cable goes up your nose.