Somehow I managed to live in Spain for four years without ever learning the word for magnet. The Spanish word for magnet is imán. After learning this recently, I thought nothing of it besides a chuckle about it sounding like some sort of bionic implant or sex toy from Apple. But then I was listening to a radio broadcast about Islam and I heard the word iman mentioned several times, so I looked it up. Iman (Ø¥ÙŠÙ…Ø§Ù†â€Ž) is Arabic for "faith", one of the tenets of the religion of Islam. The Moorish invasion of Iberia made a huge cultural impact on Spain, in music, architecture, cuisine, and language. Any similarity between a Spanish and Arabic word is certainly not a coincidence. For example, I recently learned that the shouts of ¡Olé! at a Spanish bullfight originate from shouting Allah! when a performer did something so spectacular that he ceased being human and became godlike.

I would really like to know from where the common etymology of these two words originates. Surely knowledge of some rocks attracting other rocks predates Islam, but does it predate the word for "faith" that is probably even older? Below is a bit of wild speculation:

This led me to the interesting visual parallel between iron filings – and on a smaller scale, the molecules inside them – aligning themselves along the field lines of a magnet and the way Muslims align themselves for prayer. Seriously, check out the similarities in the two images below.

Muslim pilgrims praying towards the Kaaba in Makkah, Mecca. 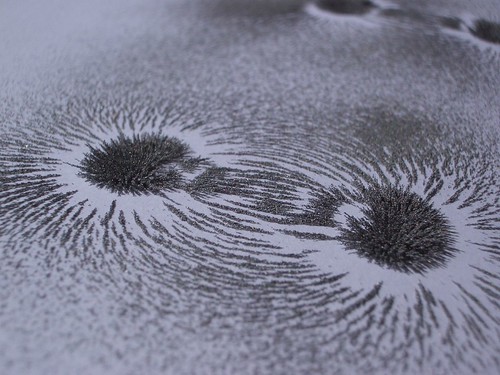 In theory, at the antipode of Mecca, which falls just off the coast of Rio de Janeiro, praying Muslims would all line up with their rear ends facing that antipode five times a day. That's kind of a funny image, and it's only reinforced by the iron filings magnet metaphor.

Does anyone know any good resources about Spanish language etymology? The RAE doesn't have much besides an secondary definition of imán meaning "grace that attracts will". Very poetic.

Update (May 12, 2011): More than two years after I wrote this original post, I realized that the word for "Faith" in Spanish is "Fe", which is the chemical symbol for iron, which most magnets are made of. A completely meaningless connection, but interesting nonetheless. 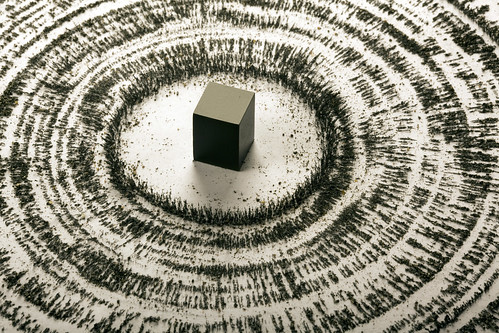