Actually, if you google the phrase that is this post's title, you'll get a bunch of news and fashion magazine articles from September 2008 reporting the findings of a perception psychologist at the University of York who ran a study that suggests that horizontal stripes actually make you look thinner.

Having a near full-term Homo sapiens parasite squirming around in your uterus, however, seems to counteract the thinness illusion. 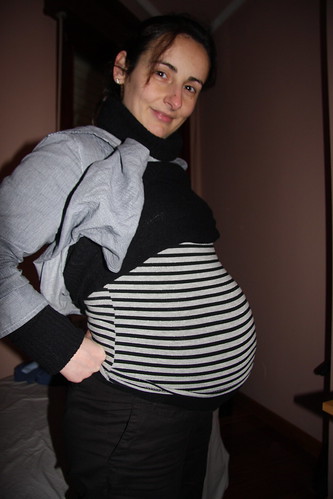