Last Friday was a strange day around town. Several times I was walking down the street and an adult dressed like a fairy or a lion, complete with face paint, would walk by me as if nothing was abnormal about either of us. It was very Twilight Zone. Of course when you see them together, costumed people look slightly less ridiculous. It was, of course, the annual pre-Lent partying known as Carneval. Later in the evening, a parade of little kids dressed in various costumes paraded out of the school we live near and down the street. It wasn't quite as extravagant as The Best Party In The World, but it was pretty darned cute. 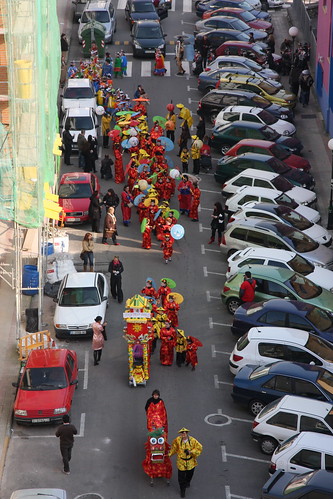 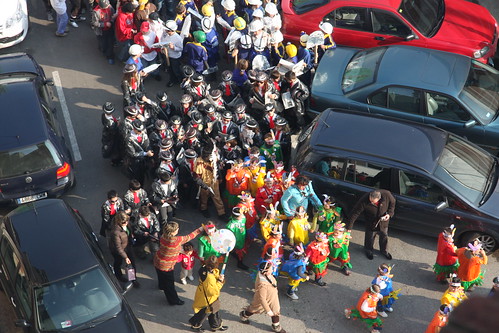 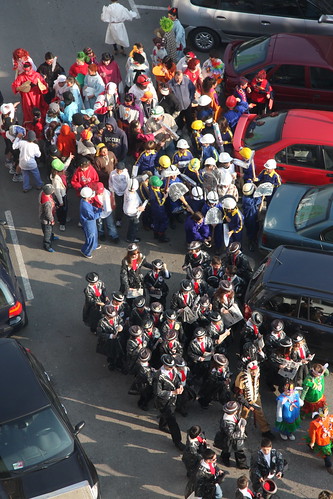 And finally, a tilt-shifted video of the parade. Pretty cute.