I spent nine hours (9:30 - 18:30) in the Frankfurt airport on the way to the Motherland on Saturday. The plane for my flight to Charlotte had been held up for maintenance in Philadelphia. Fun.

Power outlets to plug your laptop into are hard to come by in the Frankfurt airport, but after an hour of searching, I finally found one hidden behind a potted plant next to the HÃ¤agen-Dazs shop in Concourse B. I bought a single scoop of tiramisu-flavored ice cream and spent three hours seated at my table working on my laptop.

The other thing I learned is that if you put your iPhone in "airplane mode", the battery will last for the viewing of more than three feature-length films. Apparently it's all the radio transmission that normally burns up the battery life so quickly. I watched Doubt, W, and Pride & Glory, three completely different films, but all good in their own way.

Here are a few photos from my "German Holiday". 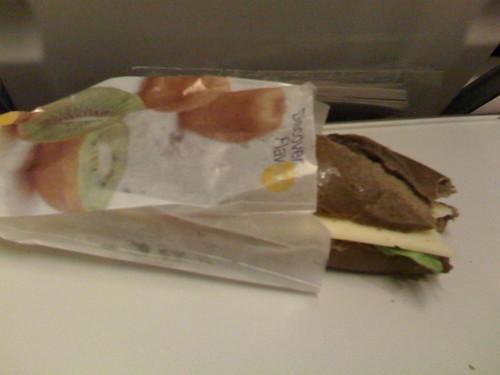 The in-flight snack on my Lufthansa flight to Germany. I so rarely get any dark bread that these cheese sandwiches are a treat. 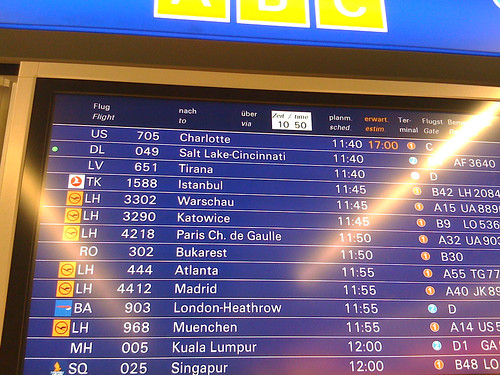 Initial estimates put the delay at only five hours and twenty minutes. 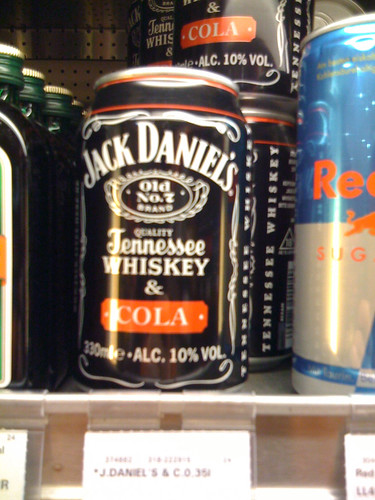 Jack Daniels and Cola in a can, right between the Red Bull and the Jagermeister. Awesome. I didn't try it... 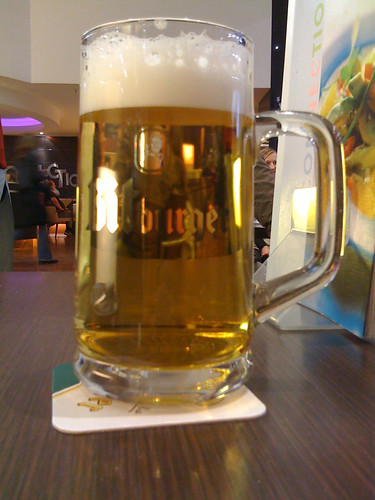 ...but I did have several of these. "Ein Bitburger bitte." 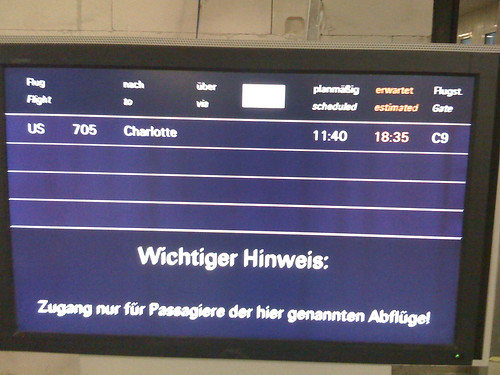 Taken as I finally headed towards my gate. Ugh.