My parents gave us a globe as a first anniversary present last year. When Marga was opening it, I said, "What in the world is that?", and my father replied, "How'd you guess it so quick?" It's really a pretty cool object. I can't even begin to imagine how something like this would be manufactured. It's a perfect sphere representing the Earth, and each country is a different gemstone. While technically you could make a map with only four colors, this globe has twenty-five different kinds of rock. 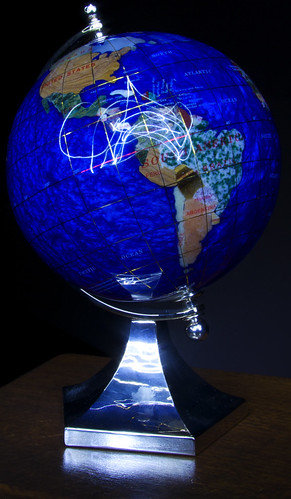 On this first photo, I used the Tinkerbell Lighting technique I used for this elephant. You can see the reflection of the light moving around. 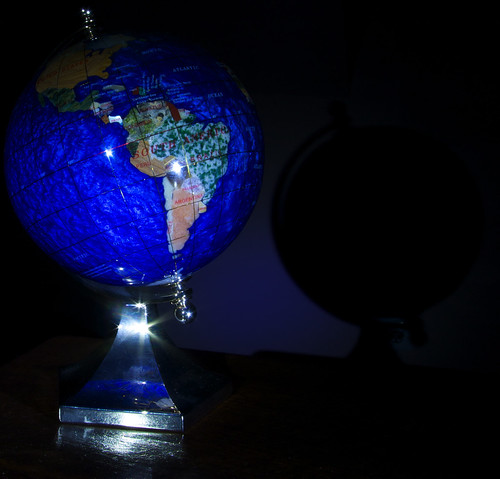 Then I tried with two stationary point sources, which cast cool shadows around the room. 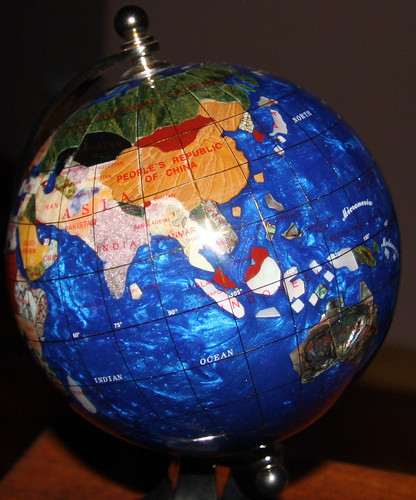 But finally I decided to just use the built-in flash. 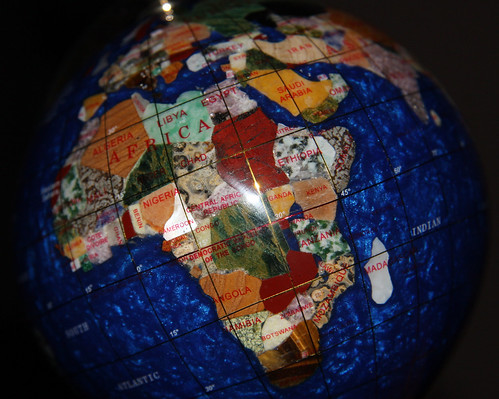 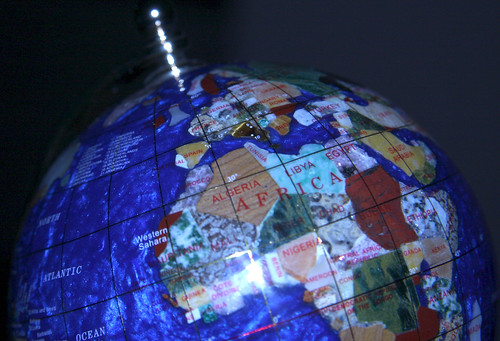 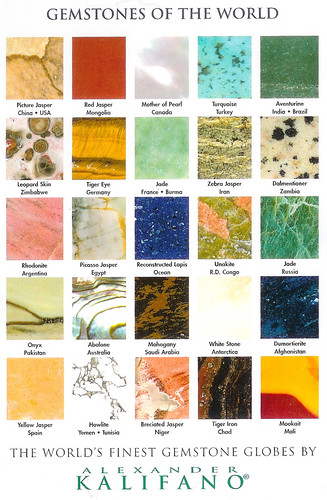 Here's the legend that came with it.

My best guess is that I have the Contempo model. The same company makes lots of other models.

It kind of brings a new meaning to the phrase "Rock my world."

This post was promised to Jane a couple weeks ago.