As many of you may already be aware, in 2008, I did something really, really stupid every week: I played the lottery. Before starting, I did a lot of work calculating the odds and to figure out the best strategy for playing. I calculated that, starting with a balance of 260€, my most likely final balances would be between 22€ and 36€. Let's see what I finally ended up with... Let's just say that Lady Luck was not amused. After playing 52 times, I had 25€ left, just slightly to the low end of the bell curve. One thing I had not counted on was that 2008 would have 53 Fridays! So I actually played 53 times and was left with a mere 20€ and a "What a stupid idea this was!" taste in my mouth. Let's have one last look at the history chart. 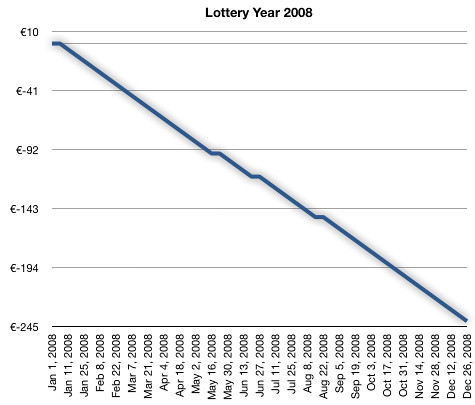 You can see the week-by-week results listed at the bottom of the official Lottery Year page.

Below are some pictures of 40 of my 49 losing lottery tickets. 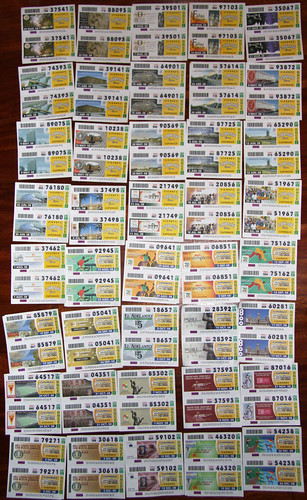 Each pair of two tickets cost me 5€. What was I thinking??? 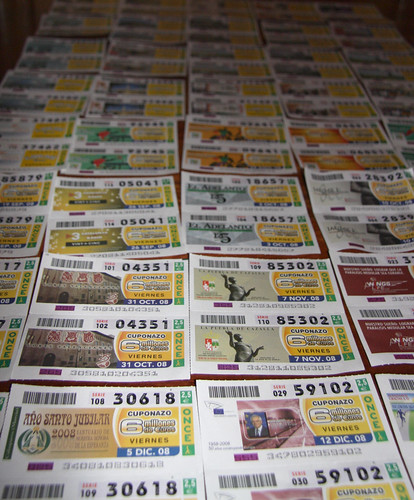 Money down the drain.