Santander with Robert and Ania

On Sunday, we decided to go to Santander with our weekend guests, Robert and Ania. The day was sunny and warm, with very little wind. We had no idea that the memorable experience from the trip would be enormous waves coming in from the sea. We were still a bit tired from our walk up Pico de las Nieves the day before, so we took it easy on our stroll through Santander. 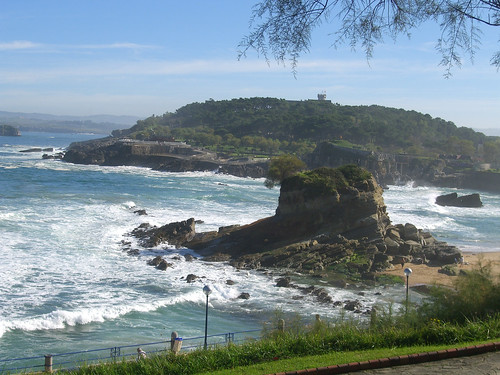 Choppy seas pound on the rocky Santander coast. Click on the image to see a Flickr note explaining where the video below was shot from. 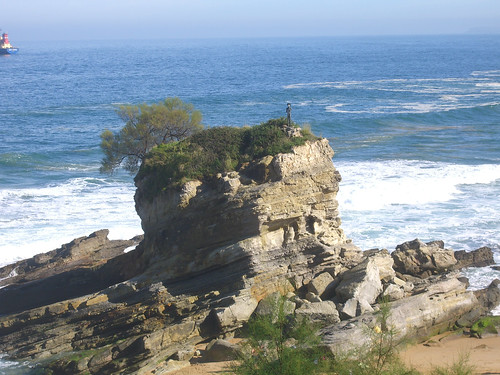 I love how erosion leaves these towers. This one has a creepy child statue on top looking like he's about to commit suicide. 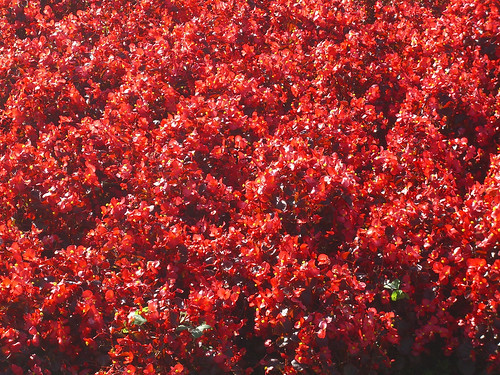 Some flowers along the sidewalk. They do a good job of maintaining the posh parts of Santander. The sunshine helps, too. 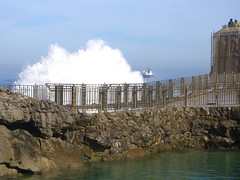 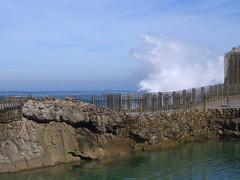 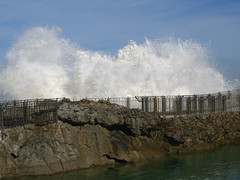 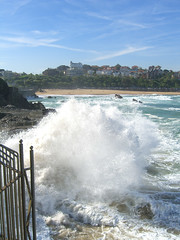 Waves crashing over into the sea lion exhibit. Part of the walkway was cordoned off to protect us tourists. See the bit on the top right of the first photo? That's where most of the video below was taken.

And now, the video, with intellectual commentary from our regular nature commentator, Marga....

I could have stood there watching the waves come in all day. I loved it! This video is also available on Flickr, Vimeo, YouTube, Yahoo, Metacafe, Google, Revver, Break, DailyMotion, Blip.tv, Veoh, Imeem, Stupid Videos, Sclipo, Viddler and Howcast. 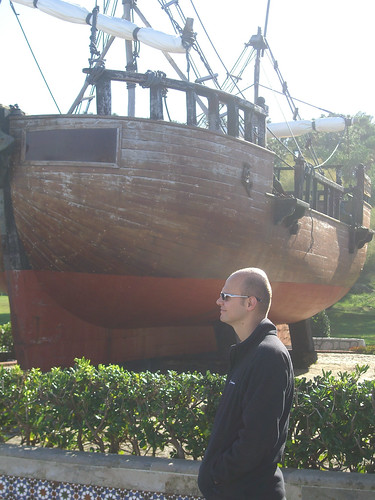 Robert standing in front of some replicas of Christopher Columbus' boats. 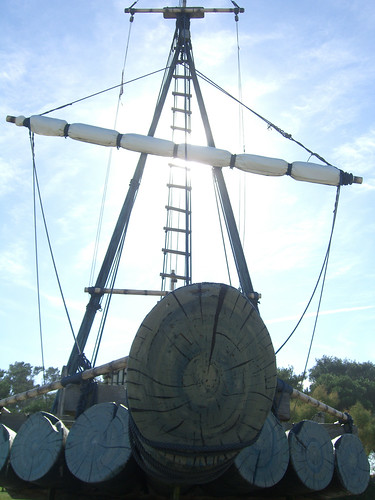 Another raft boat on exhibit, taken with some cool blocked sun lighting. 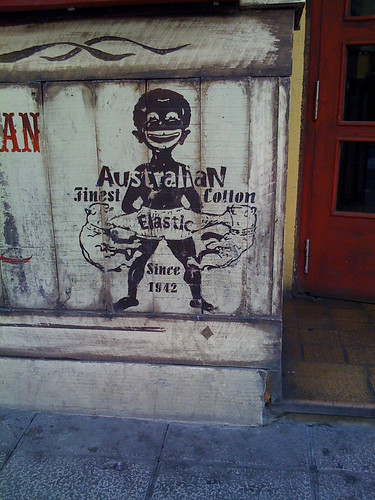 This was decorating the outside of an Australian-themed bar. Bulldogs got your undies?

Images like this interest me. There is nothing inherently racist in showing a black child with white underwear. But I have no doubt that such an image, in some cultures (e.g. the US), would be denounced as horribly offensive. What is racist to you depends on how knowledgeable you are on possible connotations and connections to our racist past. Presumably the offended would cite the historic usage of black slaves on cotton plantations as the offensive connection depicted here. Interesting. 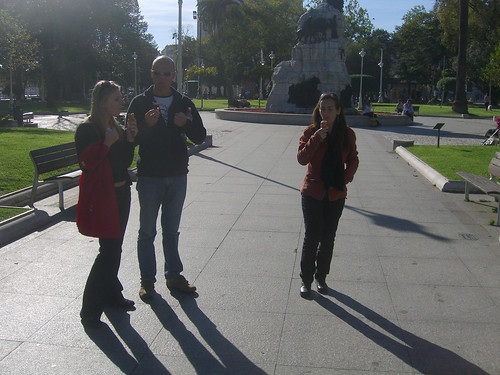 After some tapas and beer, we stopped for a little ice cream and a walk though the sun.

Overall, we had a wonderful visit with Robert and Ania. We had never really met Ania, except for during our hectic wedding day, and we were pleased, though not surprised, that Robert had chosen such a kind, funny, intelligent woman to marry. They are probably moving to Munich soon, and we are looking forward to visiting them some upcoming October(fest).