Since we celebrated my birthday a day early with a big family lunch on Saturday, on Sunday, we had a lower key lunch out with more intimate family members. What was cool was that, while watching the national military parade in Madrid, I used my iPhone to find us a restaurant. No one knew the names of the restaurants, just generally where they were. So I zoomed in on a nearby town, Udala, and searched for restaurant. Two appeared on my map and I tapped on them and a second later was talking to them on the phone making reservations. That was the first time I've done something like that with my iPhone. Awesome.

A panorama to get a wide angle in my in-laws' living room. 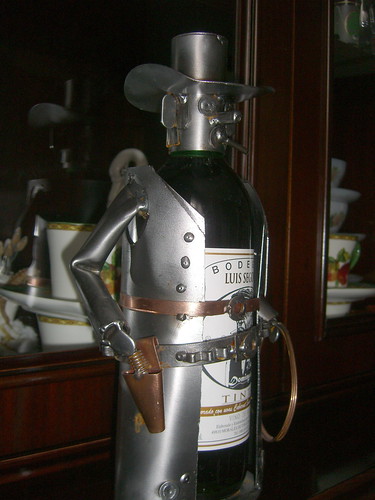 This is a little wine bottle cowboy that we gave Juan a couple years ago. I love it. 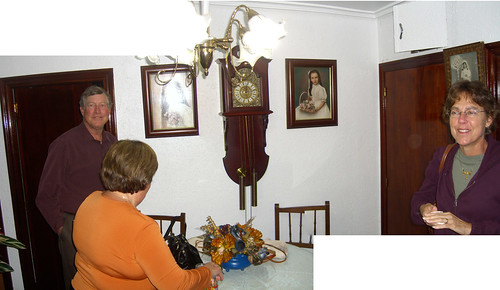 A panorama of the central dining room. 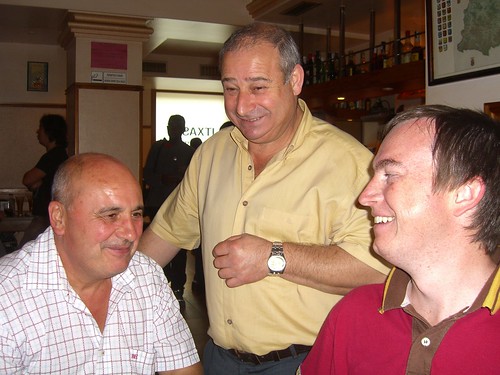 Once we had a restaurant chosen, we went out for champis. 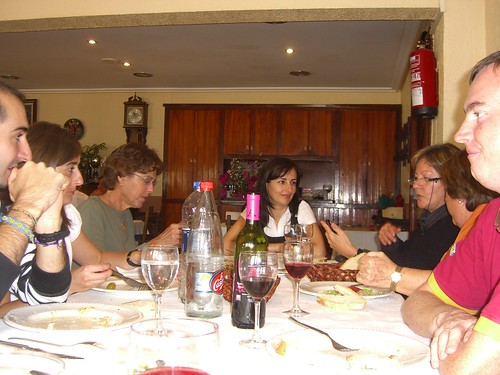 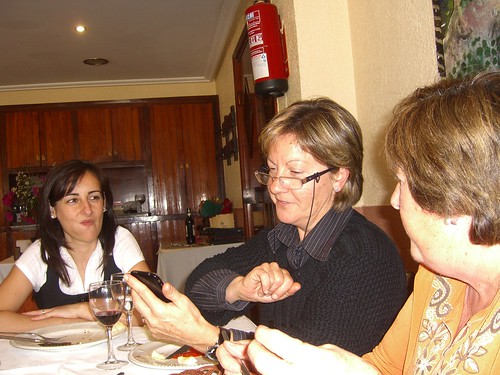 Aunt Marga looks at parasite pictures on my iPhone. 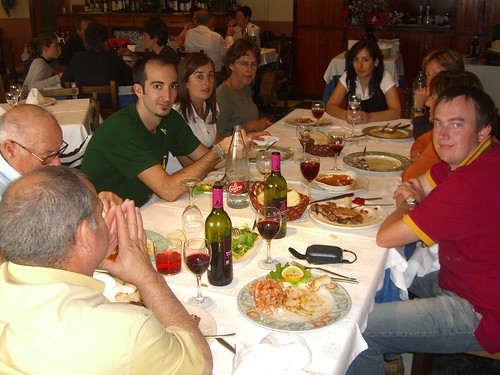 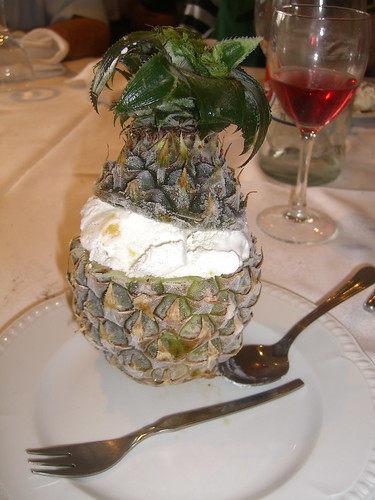 One of the best desserts I've had in a while. Pineapple sorbet served inside a frozen pineapple. Mmmm!! 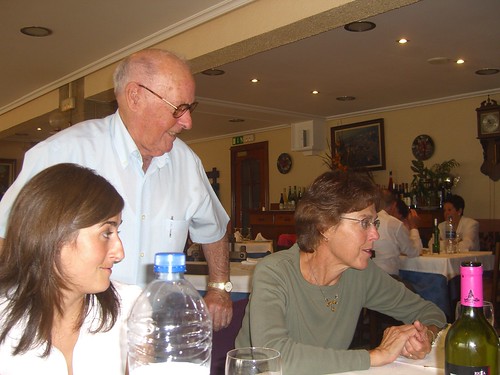 Grandpa goes over to visit Belén and Betsy at the ladies side of the table. 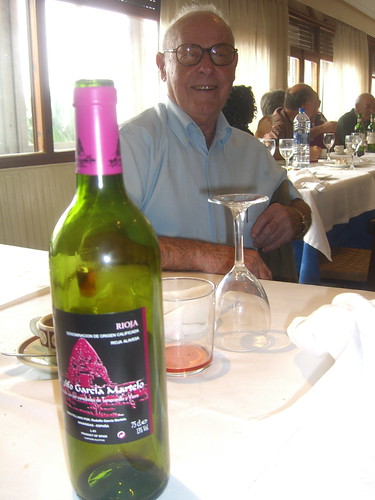 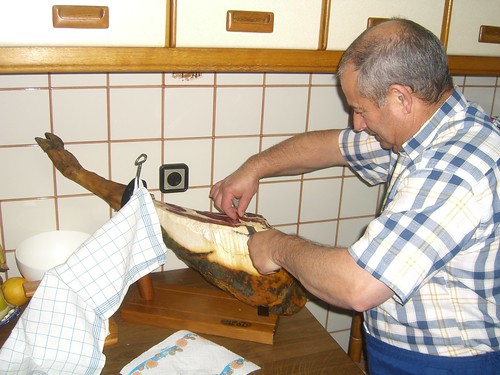 Back at home for dinner later, Juan cut some jamón for us. 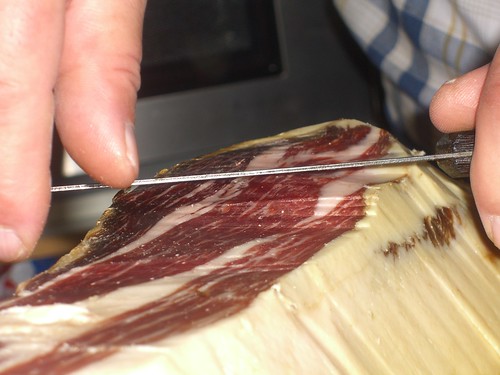 Ham carving is an art in Spain.

We had a lovely dinner with a long sobremesa (talking at the table after eating has ceased). But eventually it was time to say our goodbyes and take my parents back to their hotel for an early morning departure the next day. 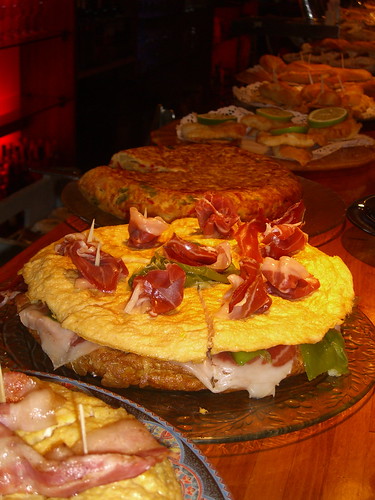 By the time we were having breakfast with my parents at the hotel, the bar was already filled with exquisite tapas. They must have begun making them very early in the morning. 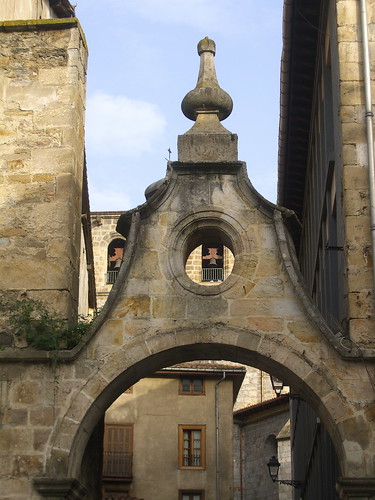 A pseudo-artistic shot (see the church bell through the hole?) of one of Mondragon's gates after saying agur to my parents.

My parents had a wonderful visit and everyone here can't wait for them to visit again.