Earlier this year, Marga's parents, Marga and I went up to a local mountain peak that sports a little hermitage church. This week, it was my parents' turn. On Friday morning, my mother, my father, and I went up to the peak. It was a wonderfully warm day and the trip was very enjoyable.

Well, it was just a little crappy, actually. The trail up the mountain was full of horse and sheep droppings. There were several score of sheep (we tried counting but dozed off) at the base of the mountain, and there was a horse up at the top grazing when we got up there. The horse preceded to descend down a path that only an ungulate would choose. 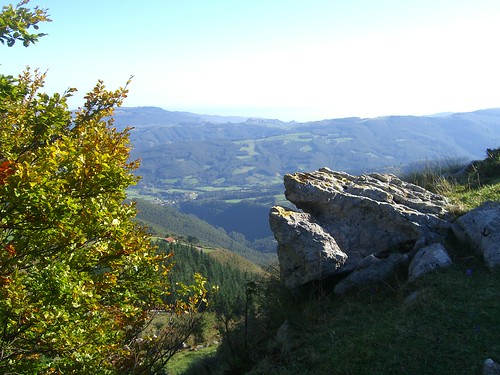 This is probably the best photo I've taken in a while. I guess I've peaked too early. Get it? Peaked? 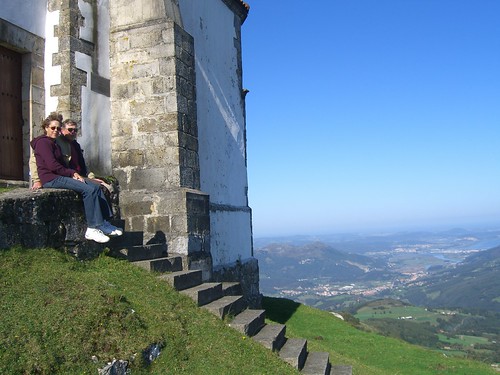 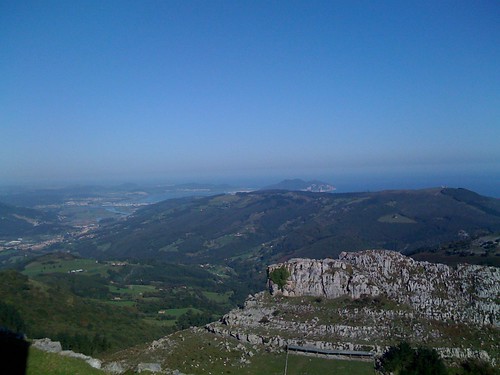 Looking down to Colindres. 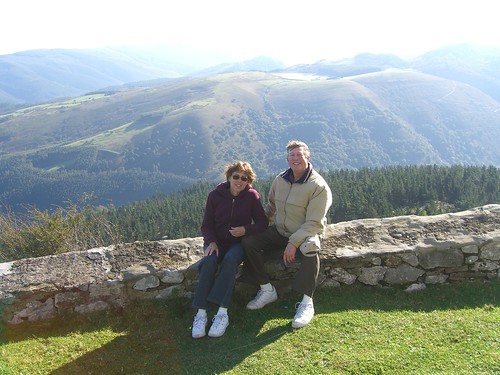 Paul and Betsy in the sun. 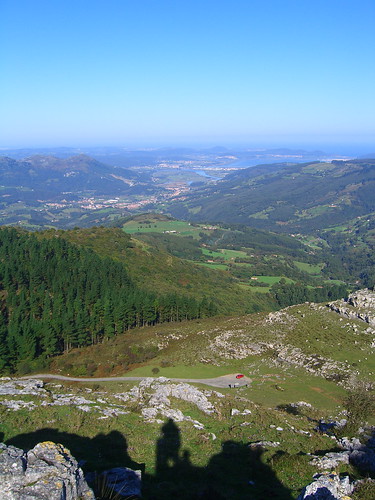 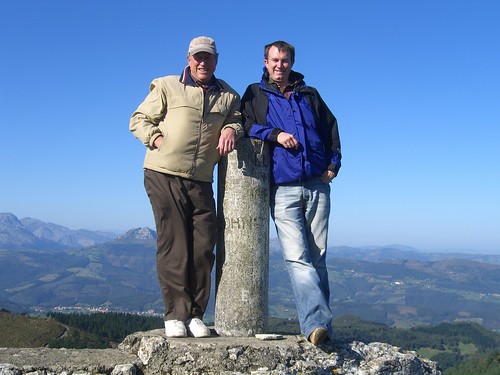 Paul and Erik up leaning on some pillar. Not sure what that pillar is for. Seems like it's missing a sundial or something.

A panorama of Paul and Betsy on top of the world. Worth seeing a little larger. 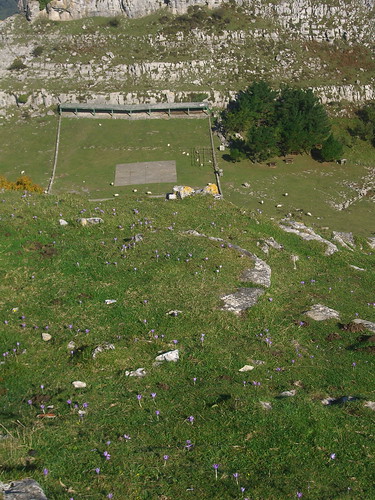 Sheep and wildflowers. There were little purple flowers everywhere. 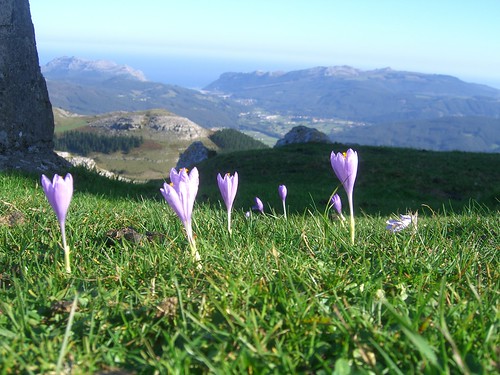 Flowers with a view. 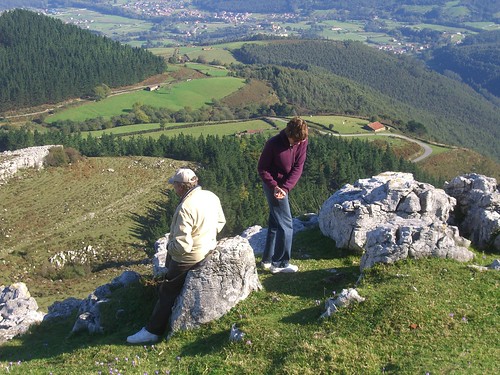 My mother reenacting a golfing nightmare she has where she has to clear a several-mile gulf with her drive. A golf gulf gaffe might be followed by guffaws. 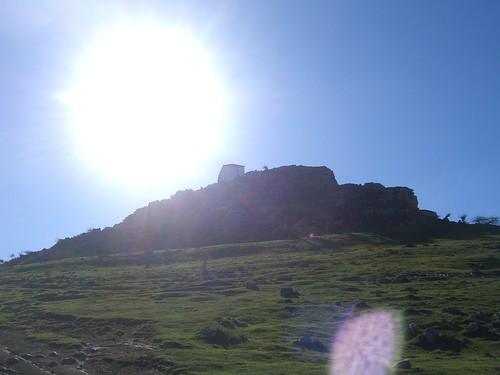 Looking back up as God looks back down on his little church.

It was a little muddy all day because it had rained the previous day. We almost made it all the way back down before my father's feet slid out from under him and he landed in the mud, somehow avoiding any ungulate excrement (ungulation?). It was more out of absentmindedness than respect that I did not get a photograph of him. He was more or less like this, give or take a little hyperbole. 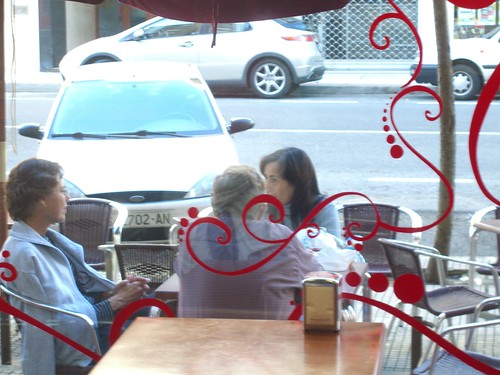 Back in town, with trousers anew, we had a pre-lunch drink with Marga, who had worked all morning. Poor thing. 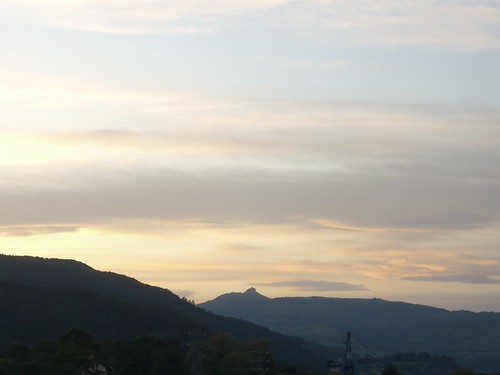 The next morning, the sun coming up over the Pico de las Nieves, was too pretty not to photograph.

We had a great time. It's nice to have a mountain that you can see almost every day and climb to the top and return home in just over three hours.