Take me to the pie

Occasionally, as a native English speaker living in Spain, I come across words or situations that make me laugh because they have another meaning in the other language. Today was one of those days. Believe it or not, I had never considered the double Spanglish meaning of the Spanish word pie, meaning "foot". Depending on what language I'm thinking in at the time, I perceive those three letters completely differently. On my morning walk today, while thinking to myself in English, I stumbled across the following scene. 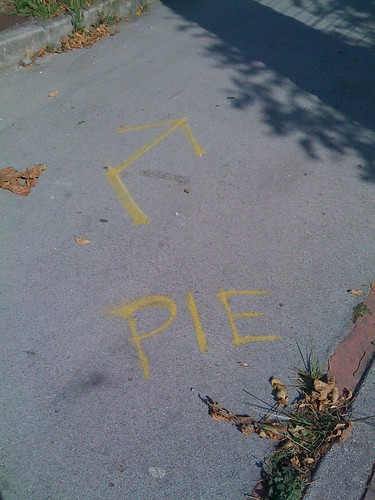 So that's where the pie is!

The intent of this message was clearly to indicate the direction of a footpath. But, so strong was my perception that this was an English word, it took me several seconds to figure out that the word was actually written in Spanish.