After a casual walk around town on Saturday, we decided to stop for sundaes at Gurugu, a local café, where we entertained ourselves watching some toddlers play on some plastic playground equipment and eavesdropped on a couple our age that were so talkative that it must have been their first or second date.

When the bill came, I saw the date and wished my wife a happy eleventh monthiversary. 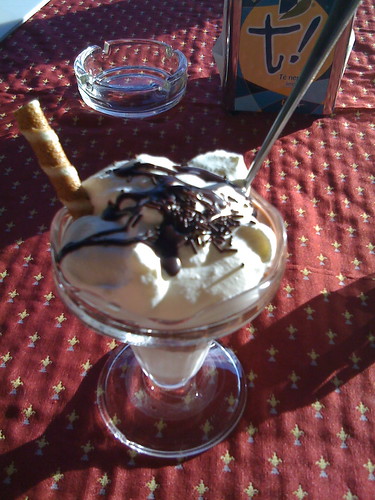 I had the Copa Mulata. Apparently that's not racist here. Vote Obama! 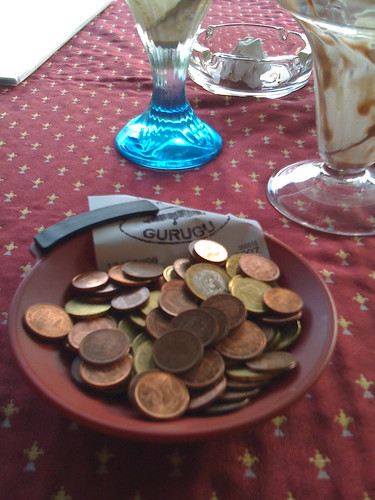 We paid our 8€ bill in small coins. I'm kind of torn on this practice. On the one hand, it's gotta be a real pain in the ass for person receiving the money. But on the other hand, it's legal currency, dammit! I guess the main problem is that we still have such worthless coins in the first place. Most of my transactions around town, at establishments that know me, are rounded to the nearest 0.05€. The one and two euro penny coins are too much of a pain to deal with. I often see pennies on the ground that I don't bother to pick up.

Luckily, the bar is owned and run by the same family that owns and runs my local grocery store, so I'm somewhat friends with them. What do you think of paying a bill in small change?