I'm back!!!! We got home yesterday after an 8-hour car trip with only one stop for a 5.20€ combo meal at Burger King. That's $7.63 at the current exchange rage. Both fries and drink were small (or "medium" as the fast food places call small these days). Oh, right! That's why we don't ever eat fast food in Spain! At least you could substitute beer for your soda in the combo meal. Europe scores a point.

Upon arriving home exhausted, you can imagine our delight to find that the main circuit breaker for our house had flipped off and all the food in the fridge and freezer was spoiled. We had done a pretty good job of leaving them empty, but still. So we got to clean out the fridge and freezer when we arrived. Fun! Our circuit breaker has been flipping lately for no reason at all. Normally I'm at home and can fix it before my UPS gets out two beeps, but it's a pretty bad problem for long trips.

I have divided my photos into some organized themed sets, but there is a big pile of miscellaneous that will have to be given in a couple miscellaneous posts. So here we go with the random photos from Extremadura 2008! 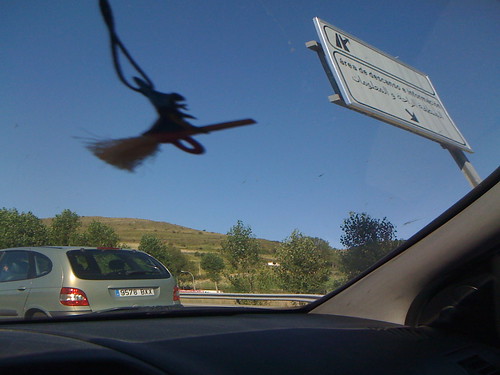 iPhone photography is hard enough, but it's even harder when driving on the motorway. I was trying to capture this rest area sign in Arabic (for the migrant workers that drive through Spain to the rest of Europe from Africa every year), but I ended up just capturing our rearview matchstick witch. 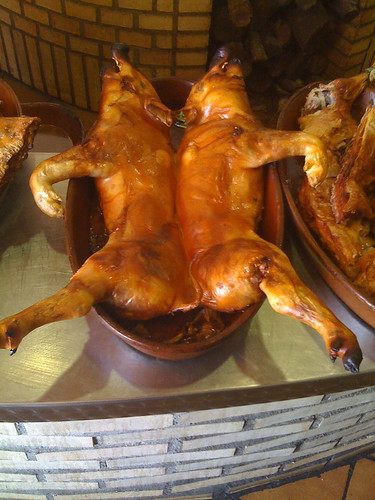 This split piglet was at a restaurant we stopped at on the way down to Extremadura. We didn't order the split piglet. 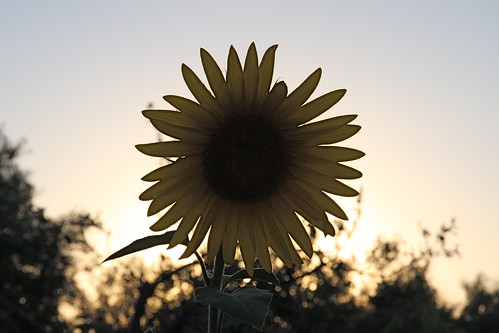 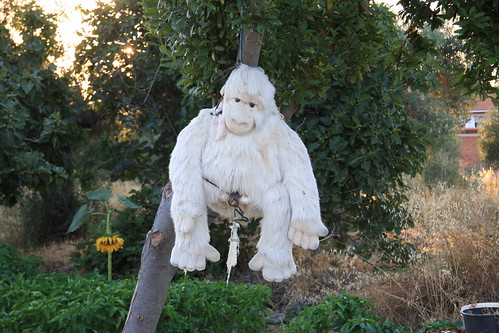 This farm near the Grandpa's house had a stuffed white gorilla hanged from a tree with some sort of disembowelment injuries as well. WTF? 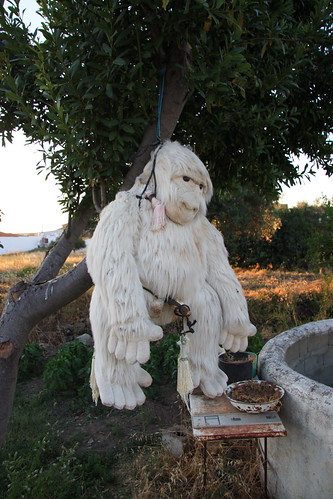 Another shot of the ape. That's a well to the right. 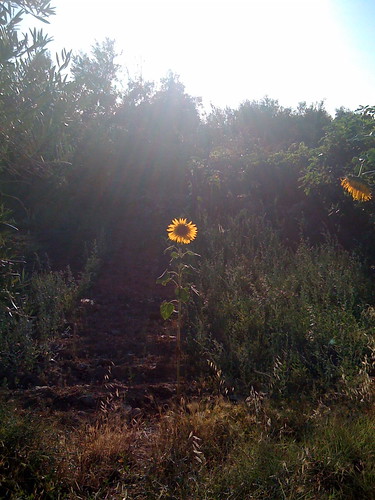 The same sunflower from above. 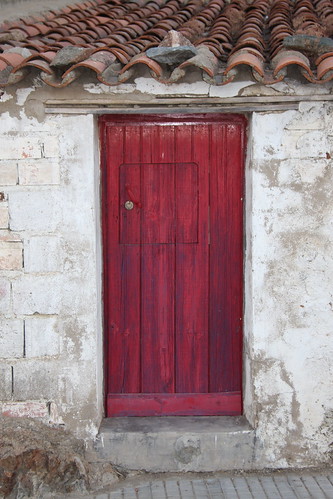 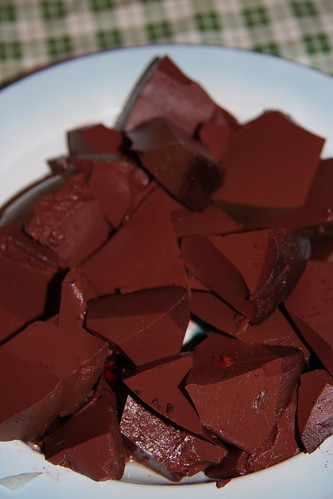 We had some blood for dinner. I'm not sure what animal it's from, but it was congealed in these chunks and was prepared with tomatoes. 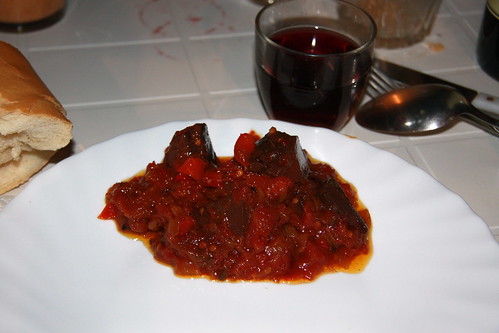 Blood and tomatoes on plate. The blood was pretty tasteless and hardly noticeable. Still, the turning into a bat and flying around for a while was fun. 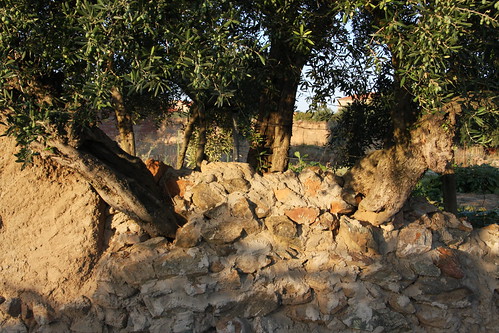 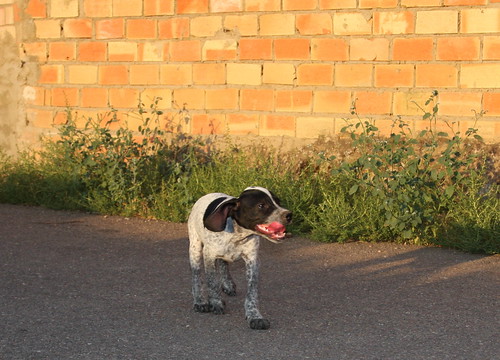 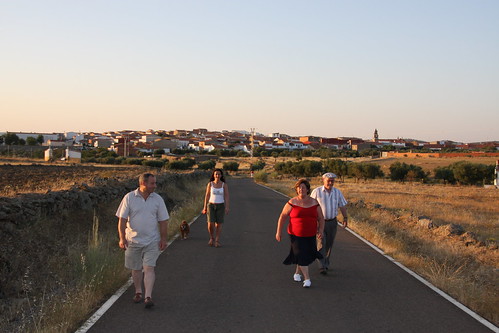 We went on many evening walks. This is Juan, Marga, Marce, and Grandpa walking on the road away from town. That's the entire town of Higuera de la Serena in the setting sun back there. 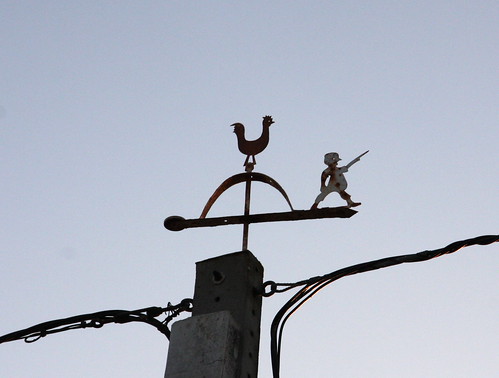 I thought this wind vane was pretty cool. 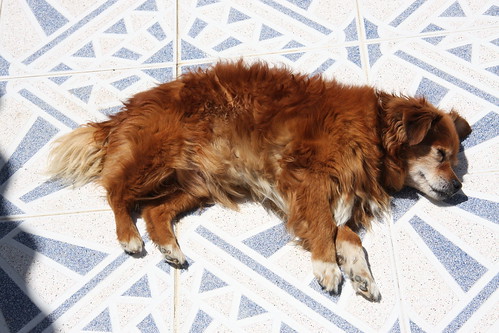 Tiko likes to lie in the sun, despite the heavy fur coat he wears. I just recently learned that Tiko's name is spelled with a 'k'. Pretty ridiculous to spell your name with a 'k' when it would be perfectly normal and better understood to spell it with a 'c', don't you think? 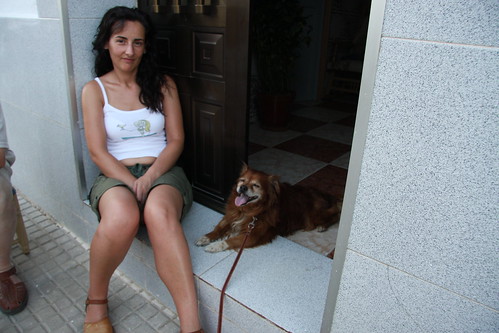 Marga and Tiko sitting in the front door of Grandpa's house. 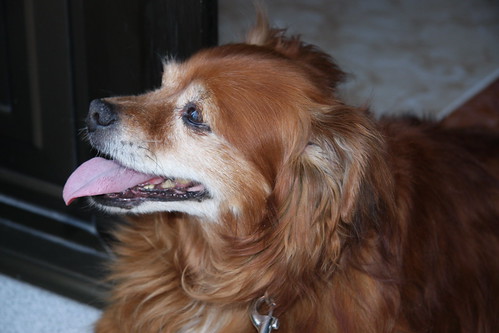 Tiko turned 15-years-old on the day I took this photograph. He's almost completely deaf, hobbles around with clearly arthritic legs, and doesn't see very well anymore. But he's a sweetie. 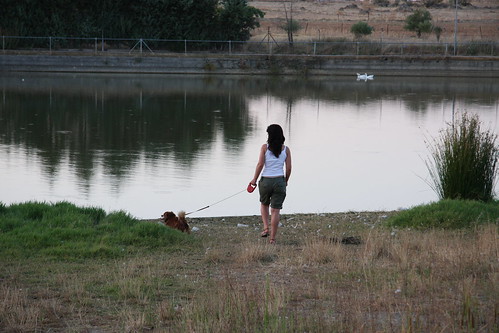 Marga and Tiko down by the town reservoir. 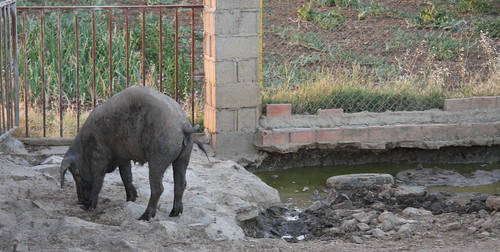 That's it for now! More later, so stay tuned...