Voice of a Pork Sandwich

Last December, I participated in an international blogosphere Sandwich Party, put on by two lovely hostesses, Elsa and Jane, in which all the participants made and ate a sandwich and photo-blogged the process. This concept may seem very strange, but I am absolutely certain that this kind of thing will become more and more prevalent in the coming decade: strangers from around the globe banding together via the internet to participate in a creative project.

Well, the second Sandwich Party is this weekend, and I have prepared and consumed my entry. My regular readers won't be surprised by what they find at the bottom of this post, but perhaps some of the other Sandwich Partiers that happen by will. My sandwich entry for the July 2008 Sandwich Party is more or less a recreation of the sandwich I order almost every Thursday night when the missus and I go out dancing. Pork fillets, onions, peppers, melted cheese, and mustard. Delicious. 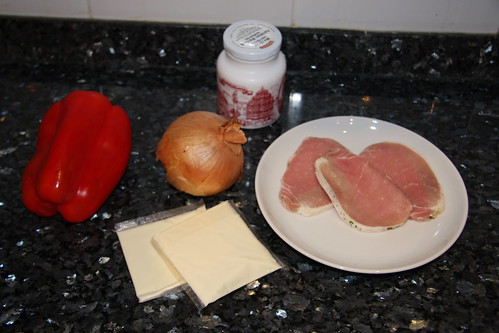 It's very common here to find these fillets of pork that have been rolled/marinated in garlic. It's called lomo al ajillo. 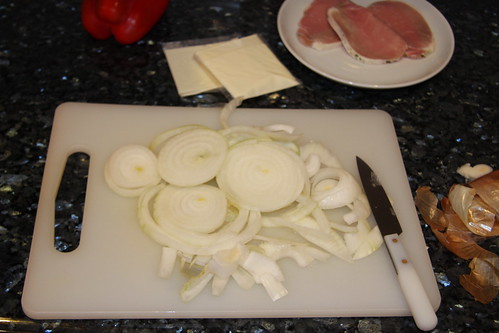 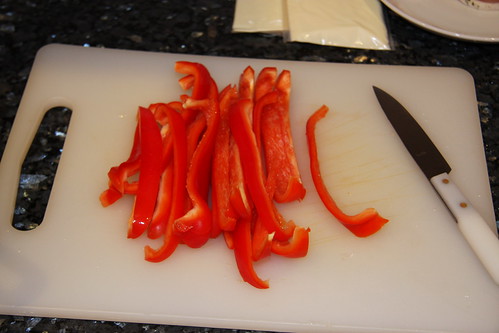 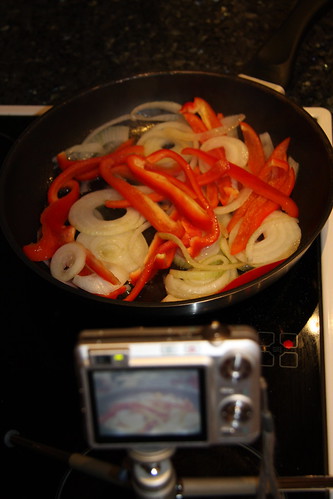 Camera set up to watch over things. 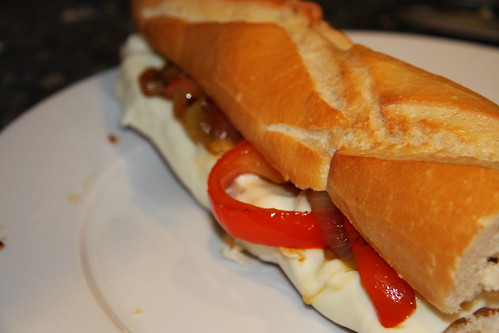 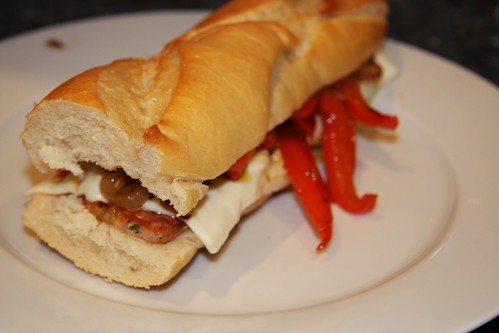 But what does the voice of a pork sandwich sound like?