In preparation for hosting our July 4th party, we had to move a table that we had never really moved since we moved into our house. Most of our furniture came from the previous owners, and this table was no different. Also on the table, left by the previous owners, is a ceramic bulldog. Upon first seeing it, both Marga and I exclaimed, "Oh my god! How horrible!" We immediately agreed that we couldn't stand having that thing in the house and we agreed to throw it away. But, in the move, actually discarding it got overlooked, and it's been there ever since. On Friday, when I was clearing things off the table to move it into the dining room, I said, "Hey! We can finally get rid of this horrible bulldog!" "Great!", Marga said, "Set it over there." And the party preparations continued. Later, when Marga was showering, I thought it would be a good idea to take some photos of the bulldog to remember him by and write this blog post. So I put him up on the dining room table and took these photos. 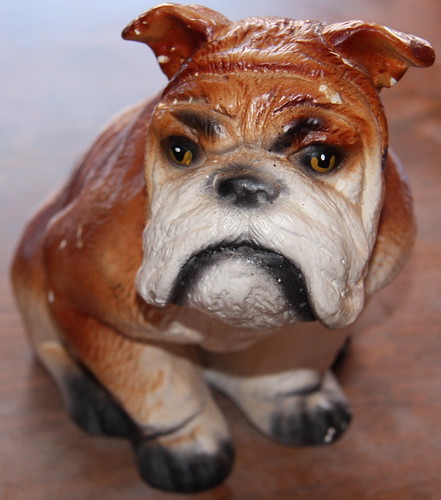 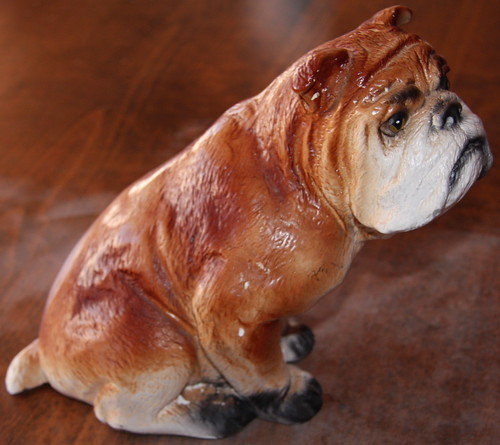 Why would anyone buy one of these things? 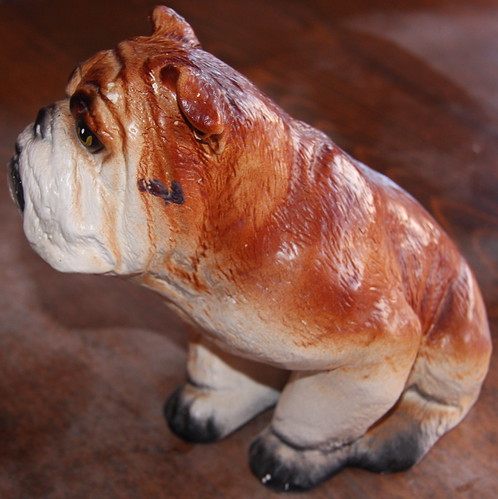 How could someone see this thing in the shop and say, "I want that for my house!" Insanity! 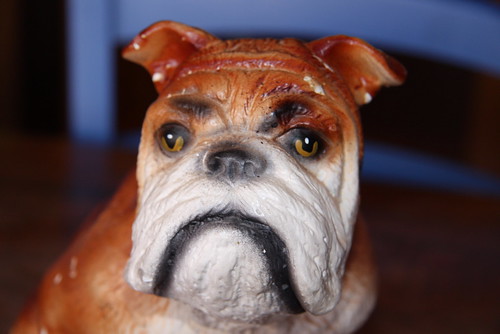 When it was finally time to take out the trash, I grabbed this little kiln-fired canine by the head and said, "Okay, little guy! We're going for a walk, but only one of us is coming back!" That's when Marga stammered, "Well...maybe... Perhaps he can stay as a doorstop here. You know...as long as he's being useful..." I laughed and set him on the floor. What's funny is that I was relieved that the little guy had been pardoned. Damn nostalgia from familiarity! How can something, that we both initially detested and would never ever ever bring into the house on purpose, build such an emotional attachment? Psychology's funny that way. Stupid brain! 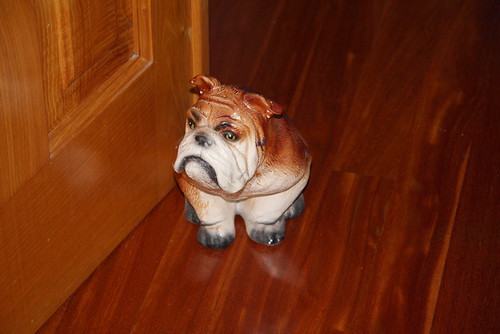 Our new doorstop. It definitely looks like he's being a bad dog, if you know what I mean. 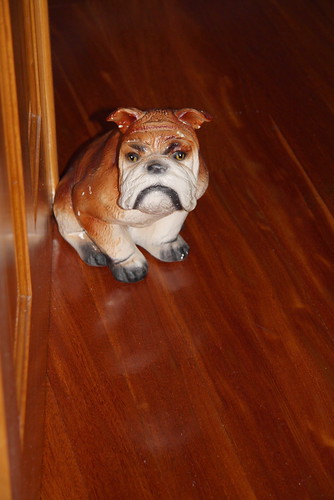 Not exactly welcoming into the room, but there he is.